In her sworn statement in her request for the temporary restraining order, Hill said she was previously too scared to get a restraining order because she thought doing so would make matters worse, according to NBC. 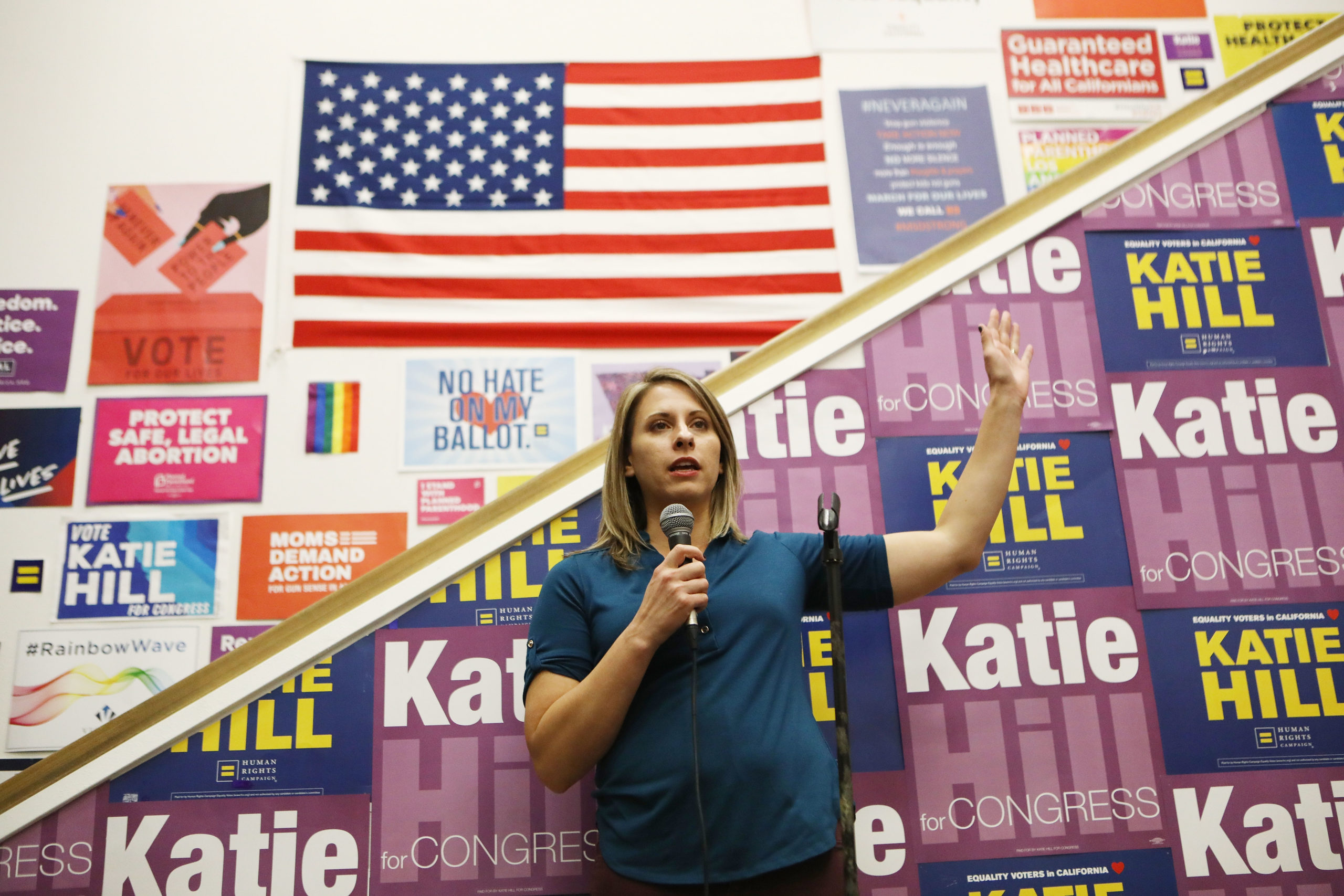 STEVENSON RANCH, CA – NOVEMBER 05: Democratic Congressional candidate Katie Hill speaks to supporters at a canvass launch in California’s 25th Congressional district on November 5, 2018 in Stevenson Ranch, California. Hill is running against U.S. Rep. Steve Knight (R-CA). Democrats are targeting at least six congressional seats in California, currently held by Republicans, where Hillary Clinton received more votes in the 2016 presidential election. These districts have become the centerpiece of their strategy to flip the House and represent nearly one-third of the 23 seats needed for the Democrats to take control of the chamber in the November 6 midterm elections. (Photo by Mario Tama/Getty Images)

“While I considered filing a restraining order many times over the years, I was always afraid doing so would simply make matters worse,” Hill said in the statement, according to the report. “At this point, I am finally seeking a restraining order because I am afraid that he will not give up until I am dead.”

The order lasts until at least Dec. 30 which is when another hearing is scheduled to determine if the order should be extended, NBC reports.

Hill reportedly accused Heslep of choking her during sex numerous times and encouraging his dogs to attack her own pets. Hill alleged Heslep also threatened her with a gun and released the raunchy pictures of her that ended her political career, according to the report. (RELATED: Lili Reinhart Apologizes For Using Nude Photo To Try To Bring Awareness To Breonna Taylor’s Death)