President Donald Trump announced Thursday that the Kingdom of Morocco has agreed to normalize relations with Israel, making it the latest in a string of majority-Muslim countries to do so.

“Another HISTORIC breakthrough today!” the president tweeted. “Our two GREAT friends Israel and the Kingdom of Morocco have agreed to full diplomatic relations – a massive breakthrough for peace in the Middle East!” (RELATED: Trump Removes Sudan From Terror Sponsor Blacklist, Prompting African Country To Normalize Relations With Israel)

Today, I signed a proclamation recognizing Moroccan sovereignty over the Western Sahara.  Morocco’s serious, credible, and realistic autonomy proposal is the ONLY basis for a just and lasting solution for enduring peace and prosperity!

Another HISTORIC breakthrough today! Our two GREAT friends Israel and the Kingdom of Morocco have agreed to full diplomatic relations – a massive breakthrough for peace in the Middle East!

Morocco recognized the United States in 1777.  It is thus fitting we recognize their sovereignty over the Western Sahara.

Senior advisor to the president Jared Kushner told reporters shortly after the president’s announcement that Morocco — like other signatories onto the Abraham Accords — will immediately open liaison offices in Israel, start scheduling direct flights from the country to Israel, and foster “cooperation” between companies in both nations. He confirmed that in addition to Morocco’s decision to normalize relations, Trump had also signed a proclamation recognizing Morocco’s sovereignty over the Western Sahara.

“This comes on four years of very, very hard work and diplomacy,” Kushner stated. “We have peace sprouting in the Middle East.” 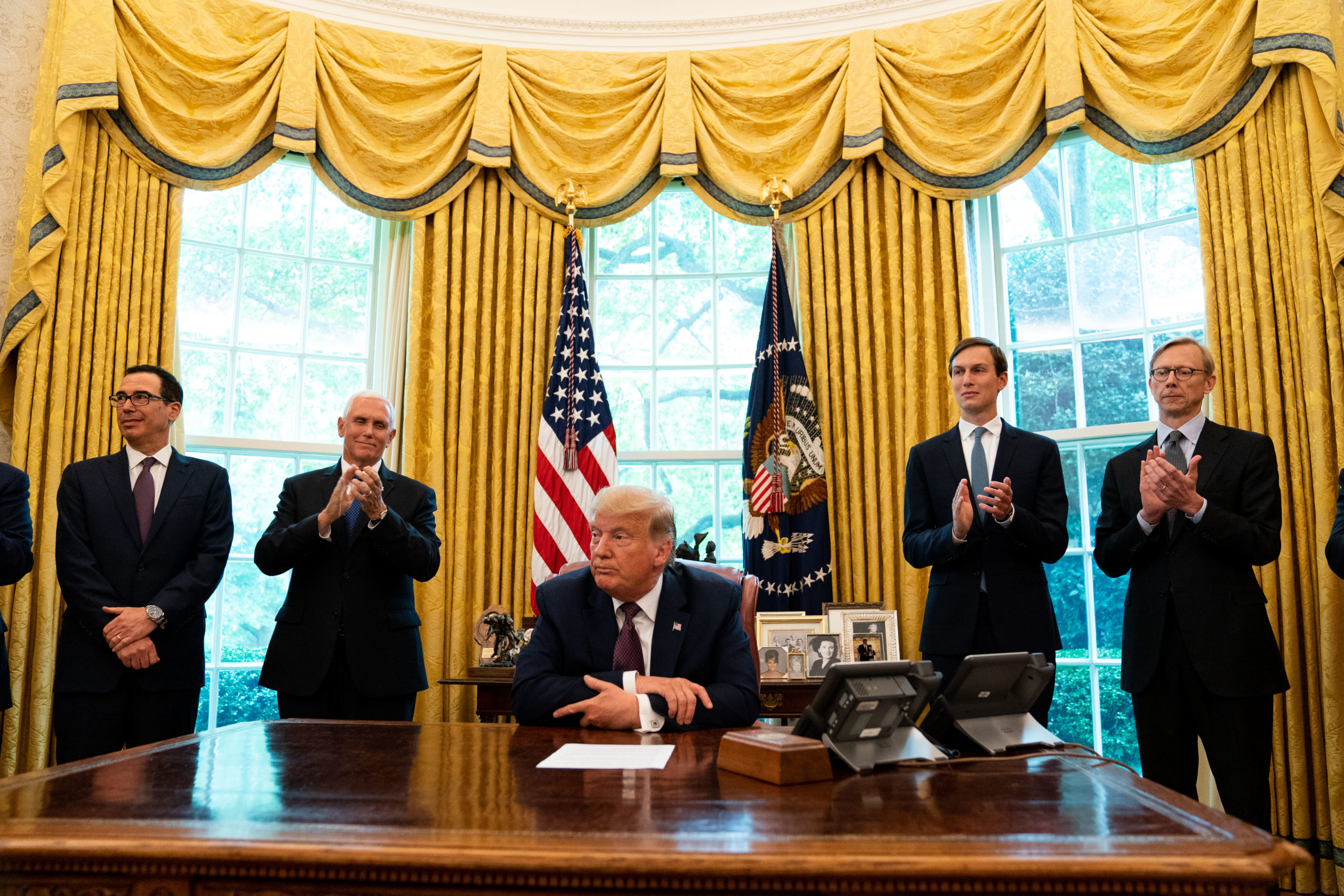 WASHINGTON, DC – SEPTEMBER 11: (L-R) U.S. Treasure Secretary Steven Mnuchin, U.S. Vice President Mike Pence, U.S. President Donald Trump, and Advisor Jared Kushner, speak in the Oval Office to announce that Bahrain will establish diplomatic relations with Israel, at the White House in Washington, DC on September 11, 2020. The announcement follows one last month by Israel and the United Arab Emirates that they would seek to normalize relations with each other. (Photo by Anna Moneymaker-Pool/Getty Images)

Kushner called the announcement a “part of the president’s efforts to bring peace and prosperity to the world,” and stated that other countries in the region “want to keep this progress going.”

He claimed that the more majority-Muslim countries begin to interact with Israel, the less Islamic terror groups will be able to justify their actions.

Trump has touted the Israel “peace deals” as some of his administration’s greatest accomplishments. Prior to the Morocco announcement, the Trump administration had helped foster normalization negotiations between Israel and the United Arab Emirates, Bahrain, and Somalia.