The mayor of Atlantic City, New Jersey said he hoped to raise $1 million auctioning off the right to “push the button” that implodes the Trump Plaza hotel and casino.

The vacant Trump Plaza building in Atlantic City is scheduled to be demolished in February 2021, Mayor Marty Small Sr. said Thursday at a press conference. The mayor announced that the general public will be able to bid on the opportunity to be the one who triggers the implosion.

“I think it’s extremely important that we do something worthwhile,” he continued. (RELATED: Trump’s Mar-A-Lago Neighbors Initiate Legal Action To Keep Him From Living At His Resort) 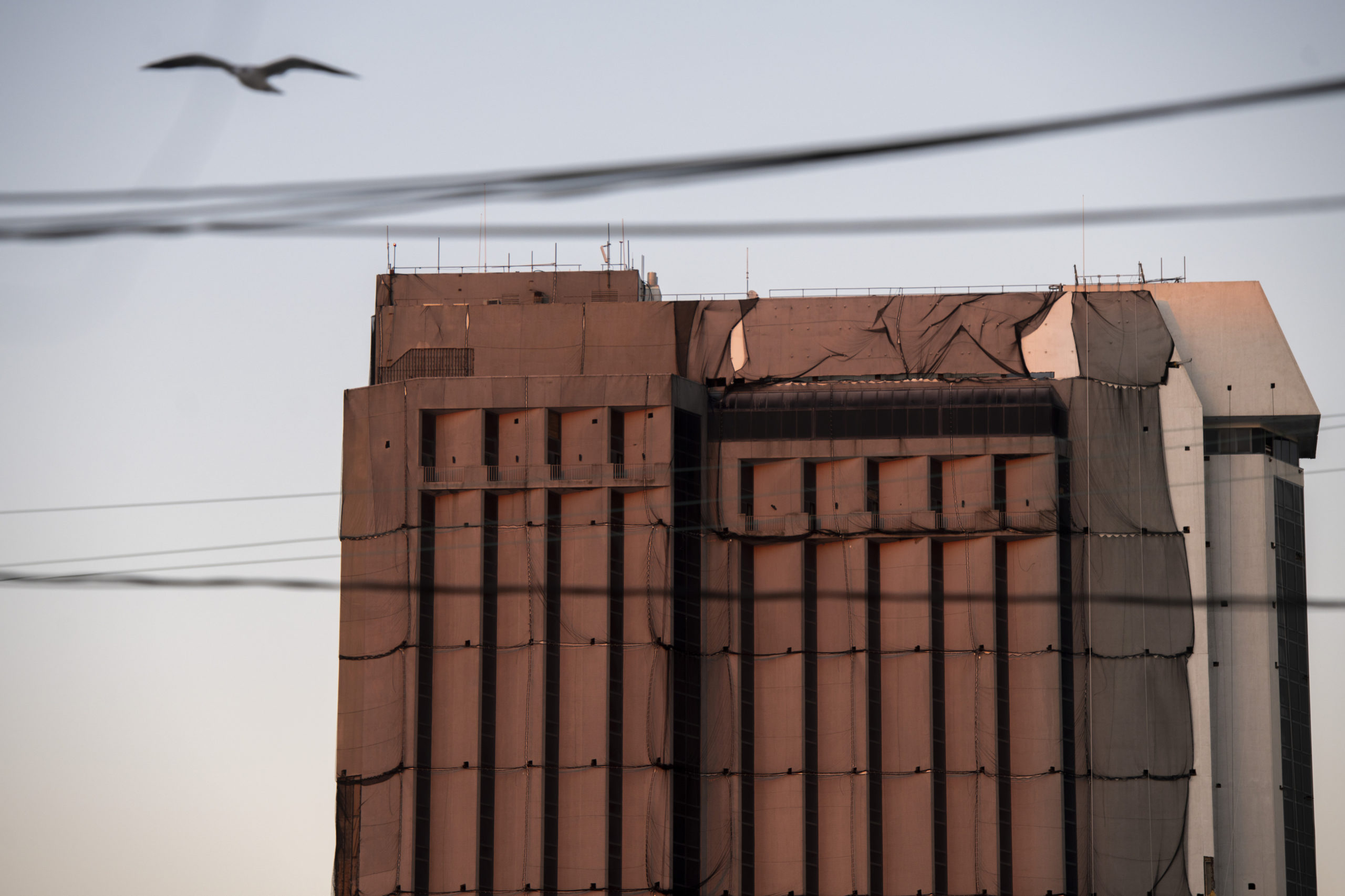 A seagull flies past protective netting draped on a tower illuminated at dusk at Trump Plaza Hotel and Casino, once one of the city’s premier destinations, on Sept. 30. (Mark Makela/Getty Images)

President Donald Trump cut ties with the building in 2009 when he was a private citizen but still received a fee for the building’s use of his name until 2016, according to CBS Philadelphia. Billionaire investor Carl Icahn took over control of the building during bankruptcy proceedings in 2016.

Icahn signed off on the demolition and will work with the city to build a new building or attraction on the property, CBS Philadelphia reported.

“This is a once in a lifetime opportunity to bid on the right to push the button to implode Trump Plaza, Atlantic City, NJ,” Bodnar’s Auction Sales, the company facilitating the auction, said on the official bidding website. “As you may or may not know, the Trump Plaza has been scheduled  for [sic.] demolition and leveled off the boardwalk of Atlantic City.”

The auction will be live broadcasted in mid-January, according to Bodnar’s.

“Not often does inner-city oceanfront land open up,” Small Sr. said at the press conference. “We have one chance to get this right.”

The mayor added that all proceeds from the auction will be donated to the Boys and Girls Club of Atlantic City.

Former Sec. of State and former Democratic presidential nominee Hillary Clinton hosted a campaign rally in front of Trump Plaza in 2016 prior to the general election, NBC News reported.