European leaders including German Chancellor Angela Merkel and French President Emmanuel Macron finalized the trade deal with Chinese President Xi Jinping via videoconference Wednesday after roughly seven years of negotiations, the European Union announced in a press release. But, some European politicians strongly criticized the deal for not ensuring the end of forced labor in China, Politico reported.

“The Commission has folded on the issue of workers’ rights,” said German politician Reinhard Bütikofer, who chairs the EU Parliament’s delegation for relations with China, according to Politico.

Bernd Lange, another German member of the EU Parliament, tweeted: “Trade policy does not take place in a vacuum – how the question of forced labour is addressed … will determine the agreement’s fate.”

Trade policy does not take place in a vacuum – how the question of forced labour is addressed in the CAI will determine the agreement’s fate. @EP_Trade will judge the CAI based on the final text & we will take our time to do so.

“Market access, stricter rules on subsidies and state-owned enterprises as well as addressing forced technology transfers are important, but so are human rights and labor rights,” she said.

“China has committed to effectively implement [International Labor Organization (ILO)] Conventions it has ratified, and to work towards the ratification of the ILO fundamental Conventions, including on forced labour,” the commission said. 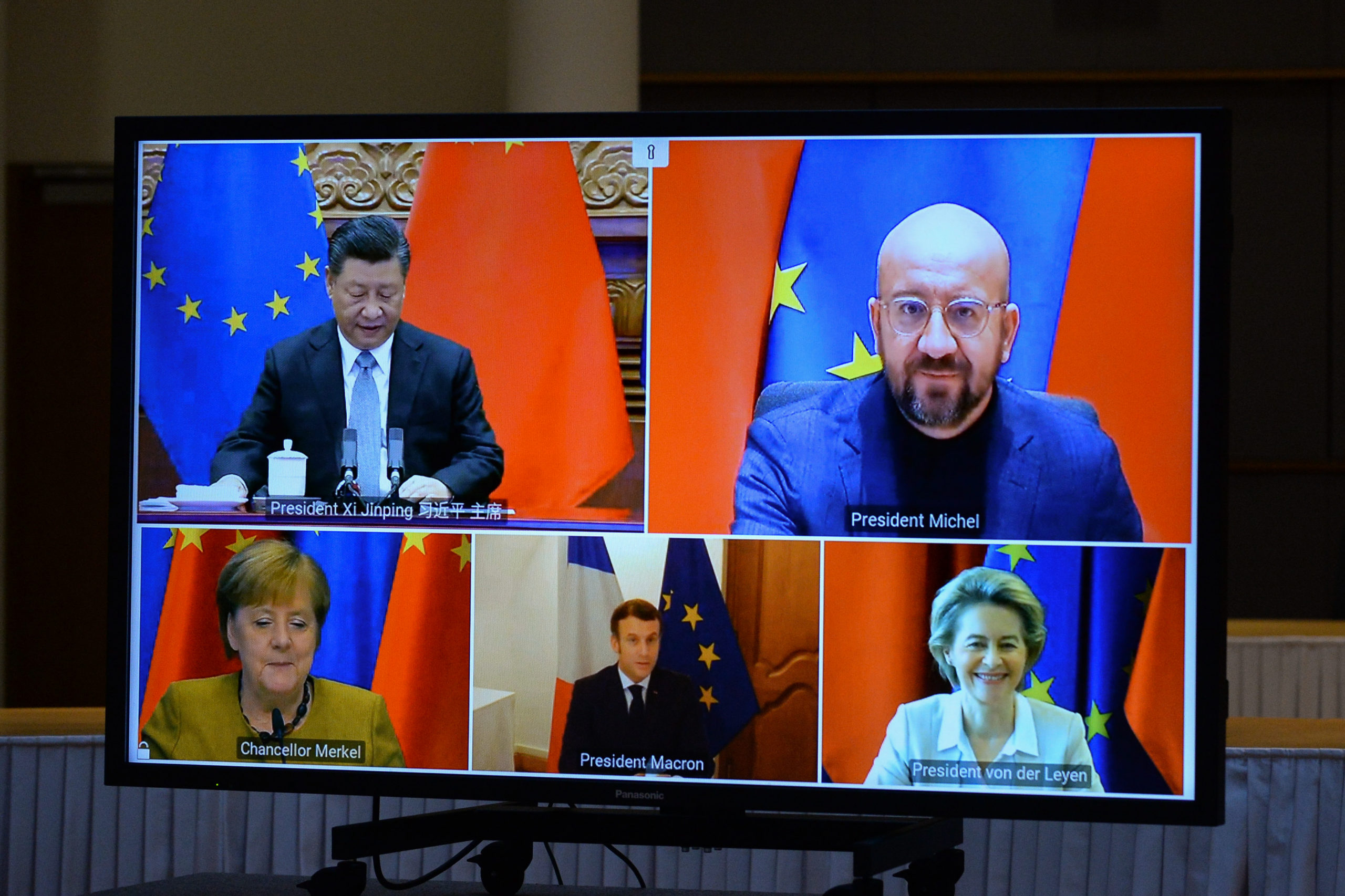 European leaders meet via videoconference with Chinese President Xi Jinping on Wednesday to discuss the investment deal between the European Union and China. (Johanna Geron/Pool/AFP via Getty Images)

France threatened to pull its support for the deal last week unless forced labor was addressed, according to Politico. Franck Riester, France’s trade minister, said the deal should be used to “advance social issues.”

But, France eventually came around and backed the deal with Macron attending Wednesday’s videoconference.

“It is ridiculous to try selling that as a success,” Bütikofer said, according to Politico.

There are at least 135 Chinese internment camp compounds with factories where detainees are allegedly forced to work, BuzzFeed reported.