The Chinese Embassy in the U.S. touted the decreased birth rate and eradication of religious extremism in Xinjiang, where reports have detailed forced labor camps and sterilization, as being a boon for female empowerment.

The embassy shared a study by the Xinjiang Development Research Center and published in the Chinese government-affiliated China Daily that reported that extremism in the region had led to people resisting family planning, and the eradication of extremism allowed Uighur women “more autonomy when deciding whether to have children.”

Study shows that in the process of eradicating extremism, the minds of Uygur women in Xinjiang were emancipated and gender equality and reproductive health were promoted, making them no longer baby-making machines. They are more confident and independent. https://t.co/lykDhByEiL

“Study shows that in the process of eradicating extremism, the minds of Uygur women in Xinjiang were emancipated and gender equality and reproductive health were promoted, making them no longer baby-making machines,” the embassy tweeted. “They are more confident and independent.”

Multiple reports have claimed that Uighur Muslims, an ethnic minority in China, have been forced to work at factories where they undergo reeducation in order to pledge their allegiance to the Chinese government. Between 900,000 and 1.8 million Muslims have been detained in more than 1,300 concentration camps in Xinjiang as part of China’s effort to sinicize its population, which includes outlawing fasting during Ramadan. (RELATED: US Commission On International Religious Freedom Warns That China Is Committing Genocide Against Uighurs, Urges Investigation)

The Chinese government denies that it operates forced labor camps, instead claiming that the camps are intended to eradicate terrorism due to separatist violence in Xinjiang. It also claims that the changes in birth rates were not caused by forced sterilization, which is a claim made by “Western scholars and politicians,” according to the report. 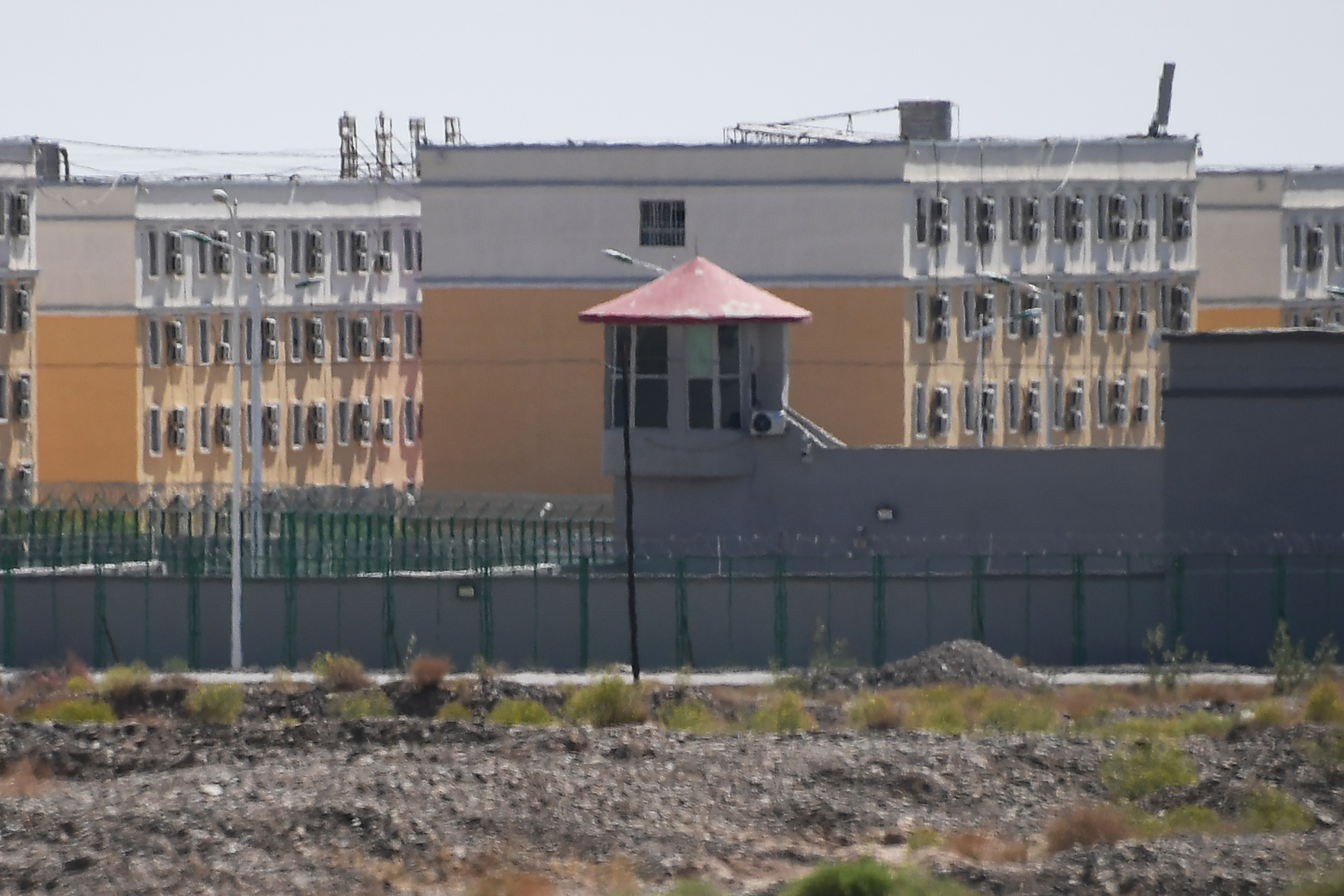 The report claims that religious extremism in Xinjiang led to “rapid population growth in those areas as some extremists incited locals to resist family planning policy,” causing a “prevalence of early marriage and bigamy, and frequent unplanned births.”

Because of the efforts to eradicate extremism, “the minds of Uygur women were emancipated and gender equality and reproductive health were promoted, making them no longer [sic] baby-making machines,” the report claimed according to China Daily.

“Women have since been striving to become healthy, confident and independent,” the report added. 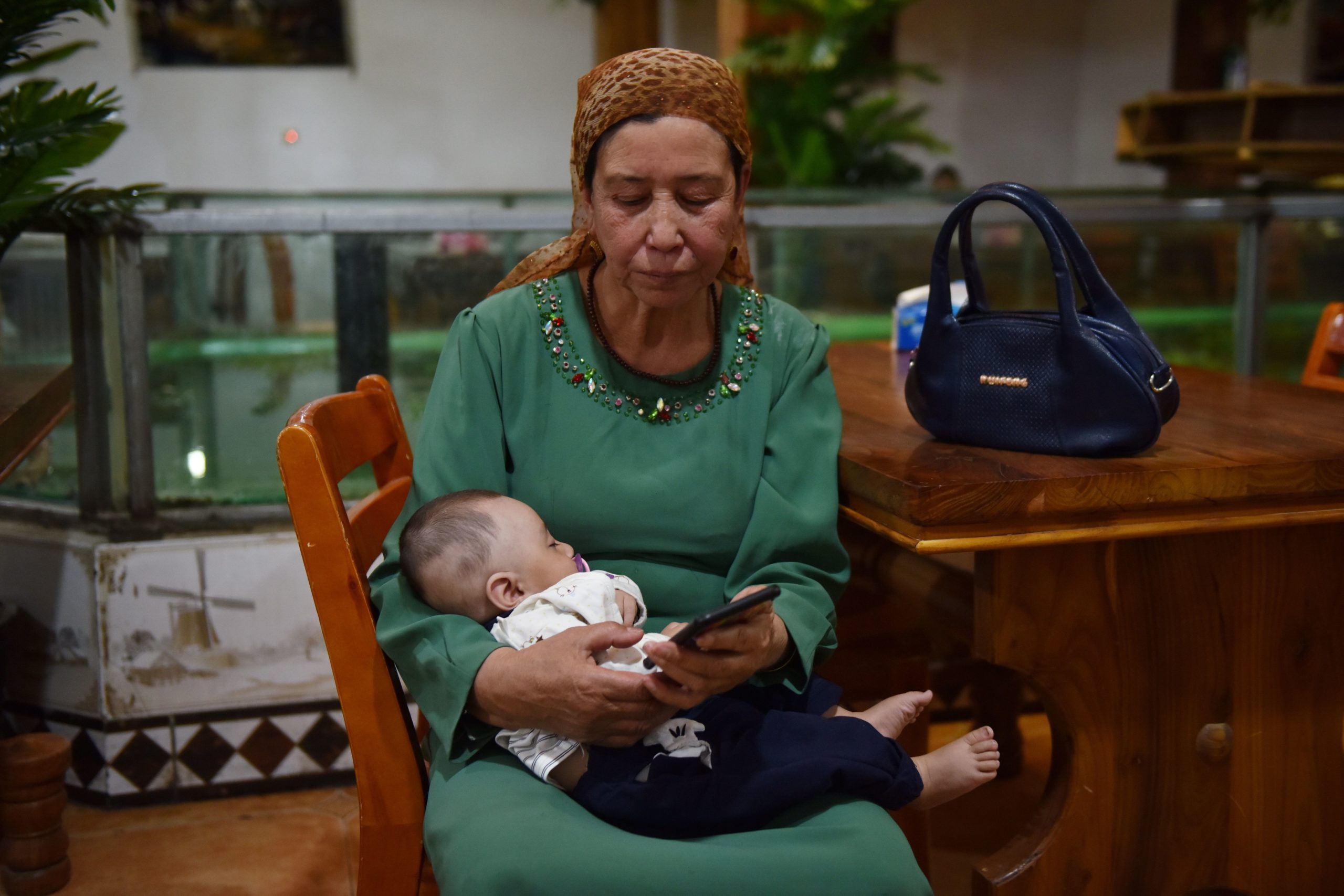 This photo taken on May 31, 2019 shows a Uighur woman holding a baby in a Uighur restaurant in Hotan in China’s northwest Xinjiang region. (GREG BAKER/AFP via Getty Images)

The report also reinforced previous claims from Xinjiang officials in the wake of human rights abuse accusations that the Uighur population was growing and that the birth rate decline was because of a better implementation of the family planning policy.

China implemented its two-child policy in 2016, allowing couples including Uighurs to have two children, while Uighurs in rural areas could have up to three.

The report said that people in Xinjiang were “deciding to marry and have children later in life, seeing the benefits of fewer but better births,” and that this decision was not influenced by the government as much as it was by individual choice, according to China Daily.