A recent poll shows a stunning percentage of Republicans support the actions of rioters who stormed the U.S. Capitol on Wednesday.

The poll of 1,397 registered voters, conducted by YouGov Direct and released a day after President Donald Trump supporters rioted, overran police and broke into the Capitol, shows 45% of Republicans “actively support” their actions while another 43% expressed opposition.

One in five voters, including 45% of Republicans, support what is happening at the Capitol building

This equates to 21%, or slightly more than one in five overall voters. The poll also found that 56% of those who believe Trump’s allegations of voter fraud affected the election results considered the rioters’ actions justified.

Overall, 62% of voters of any party saw the rioters’ actions as a threat to democracy, including 93% of Democrats, 55% of Independents and only 27% of Republicans. 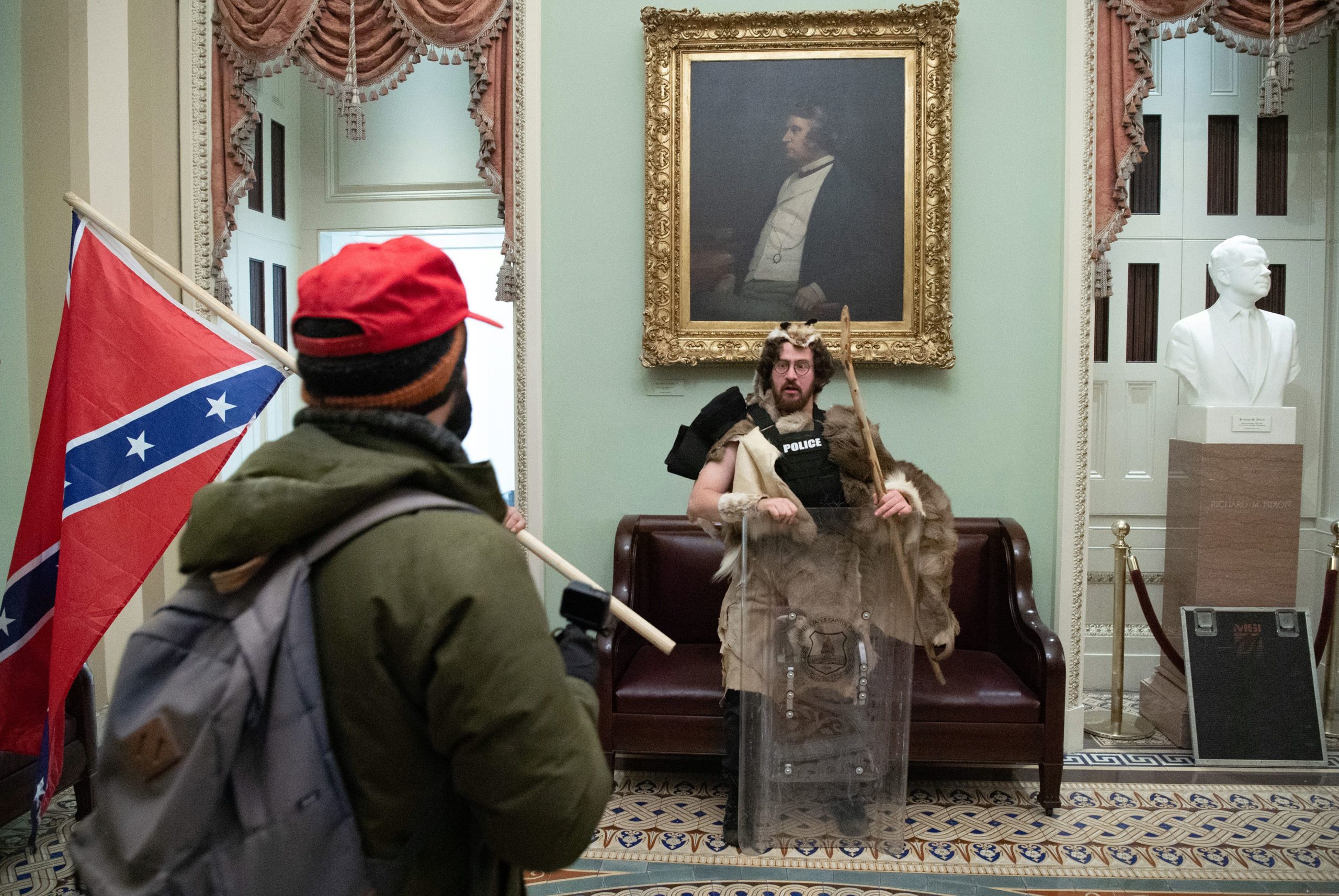 Supporters of US President Donald Trump protest in the US Capitol Rotunda on Jan. 6, 2021, in Washington, DC. (Photo by SAUL LOEB/AFP via Getty Images)

“The partisan difference in support could be down to differing perceptions of the nature of the protests,” YouGov reported. “While 59% of voters who are aware of the events at the Capitol perceive them as being more violent than more peaceful (28%), the opposite is true of Republicans. By 58% to 22%, Republicans see the goings on as more peaceful than more violent.”

Most respondents, at 55%, believe Trump is “a great deal to blame” for the day’s lawlessness, and another 11% said he is “somewhat to blame.” Congressional Republicans contesting the election were considered by 42% to be “a great deal to blame” while another 20% considered them “somewhat to blame.” (RELATED: REPORT: Cabinet Members Discussed Invoking 25th Amendment To Remove Trump)

Fully 50% of voters think Trump should be removed from office because of what happened, while 42% disagree.