The Trump administration on Monday announced sanctions against seven Ukrainians, including several who have met with Trump lawyer Rudy Giuliani, on allegations that they are part of “Russia-linked disinformation network” that tried to influence the 2020 election.

The Treasury Department imposed the sanctions against seven individuals and four media outlets that are linked to Andrii Derkach, a Ukrainian lawmaker previously sanctioned over his ties to Russian intelligence.

According to the Treasury Department, beginning in 2019, Derkach and his associates “leveraged U.S. media, U.S.-based social media platforms, and influential U.S. persons to spread misleading and unsubstantiated allegations that current and former U.S. officials engaged in corruption, money laundering, and unlawful political influence in Ukraine.”

“These efforts are consistent with and in support of Derkach’s efforts, acting as an agent of the Russian intelligence services, to influence the 2020 U.S. Presidential election,” the Treasury Department said in a press release.

Derkach, who was sanctioned in September, has been an active Russian agent for more than a decade, according to Sec. of State Mike Pompeo, who also issued a statement on the sanctions.

Derkach and two others on the sanctions list, Telizhenko and Kulyk, worked with Giuliani, a personal lawyer for President Trump, to promote allegations that Joe Biden intervened on behalf of his son Hunter, who was a director for the Ukrainian energy firm Burisma Holdings. (RELATED: Treasury Department Sanctions Ukrainian Linked To Giuliani)

Derkach met with Giuliani in December 2019, according to photos that Derkach posted on Facebook.

Kulyk, a former official in the Ukrainian general prosecutor’s office, was fired in October 2019 over his efforts to investigate the Bidens and Burisma. According to Reuters, Kulyk acknowledged meeting with Giuliani to discuss the investigation.

The government is also sanctioning Ukrainian media companies linked to Derkach, including NabuLeaks, Era-Media, Only News, and Skeptik TOV. 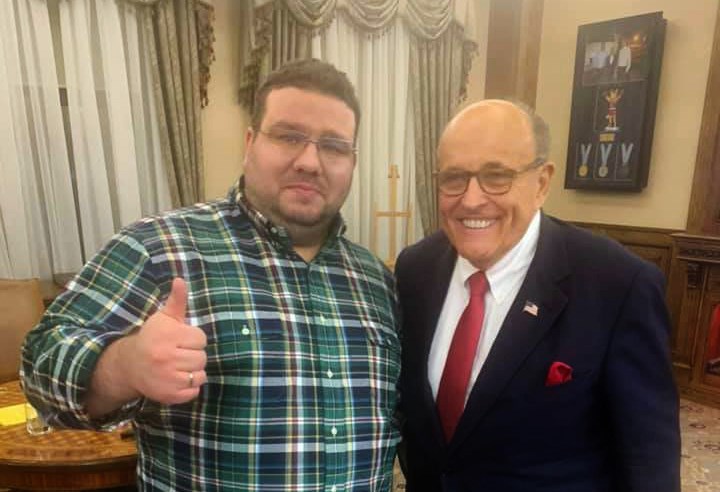 Of those added to the sanctions list, Telizhenko has the closest ties to the U.S.

Telizhenko worked as an official in Ukraine’s embassy during the Obama administration. Public records show that he met multiple times in the Obama White House. He also met repeatedly with staffers on the National Security Council, according to emails that Senate Republicans released last year.

Telizhenko has since become more closely aligned with Republicans. He was a source for a Politico story published on Jan. 11, 2017, that said that Ukrainian government officials tried to help Hillary Clinton defeat Donald Trump in the election.

He also worked closely with Giuliani on the Trump lawyer’s investigation into the Bidens’ dealings in Ukraine.

Federal prosecutors have subpoenaed Hunter Biden for financial records related to his work for Burisma and other foreign companies, but there is still no conclusive evidence that Joe Biden pressured Poroshenko as a favor to his son.