“When I preside over the impeachment trial of former President Donald Trump, I will not waver from my constitutional and sworn obligations to administer the trial with fairness, in accordance with the Constitution and the laws,” Leahy said in a statement. 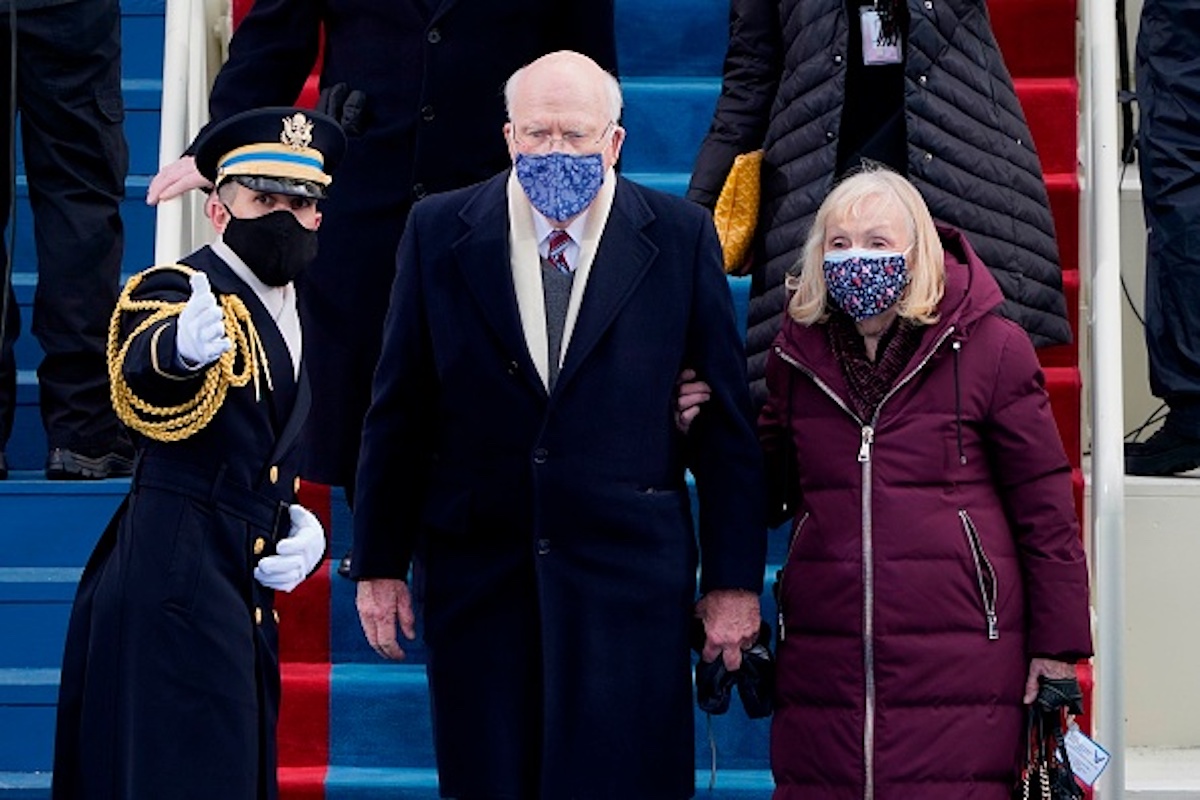 Senator Patrick Leahy (C) and his wife Marcelle (R) arrives for the inauguration of Joe Biden as the 46th US President, on the West Front of the US Capitol in Washington, DC on January 20, 2021. (Photo by PATRICK SEMANSKY/POOL/AFP via Getty Images)

In his Friday night speech, Schumer set the schedule for the impeachment trial. At 7  p.m. Monday, House managers will present articles to the Senate. On Tuesday, Members will be sworn in for trial. On the week of Feb. 8, the arguments will start, Schumer announced. (RELATED: Kyrsten Sinema Won’t Support Eliminating Filibuster, ‘Not Open To Changing Her Mind’)

“I have spoken to Speaker Pelosi who informed me that the articles will be delivered to the Senate on Monday,” Schumer said earlier Friday. (RELATED: Schumer Says Trump’s Impeachment Trial Will Start The Week Of February 8)

McConnell has reportedly been lobbied by prominent Republicans and former White House officials to support impeaching former President Donald Trump, according to CNN.