Pope Francis marked Holocaust Remembrance Day by warning about the dangers of nationalism, and urged the world to not forget the genocide perpetrated by the Nazis against Jews, numerous sources reported.

Francis spoke at his general audience Wednesday on the 76th anniversary of the liberation of the Auschwitz death camp, when Soviet soldiers freed survivors of the network of concentration camps in occupied Poland. He warned of the consequences that may follow ideological extremism, and asked people to recall “how this path of death, extermination and brutality started,” referring to the Nazi’s use of extreme nationalism in Germany to rise to power, Reuters reported. (RELATED: Pope Francis Asks Biden To Respect The ‘Rights And Dignity Of Every Person’, Including Those Who ‘Have No Voice’) 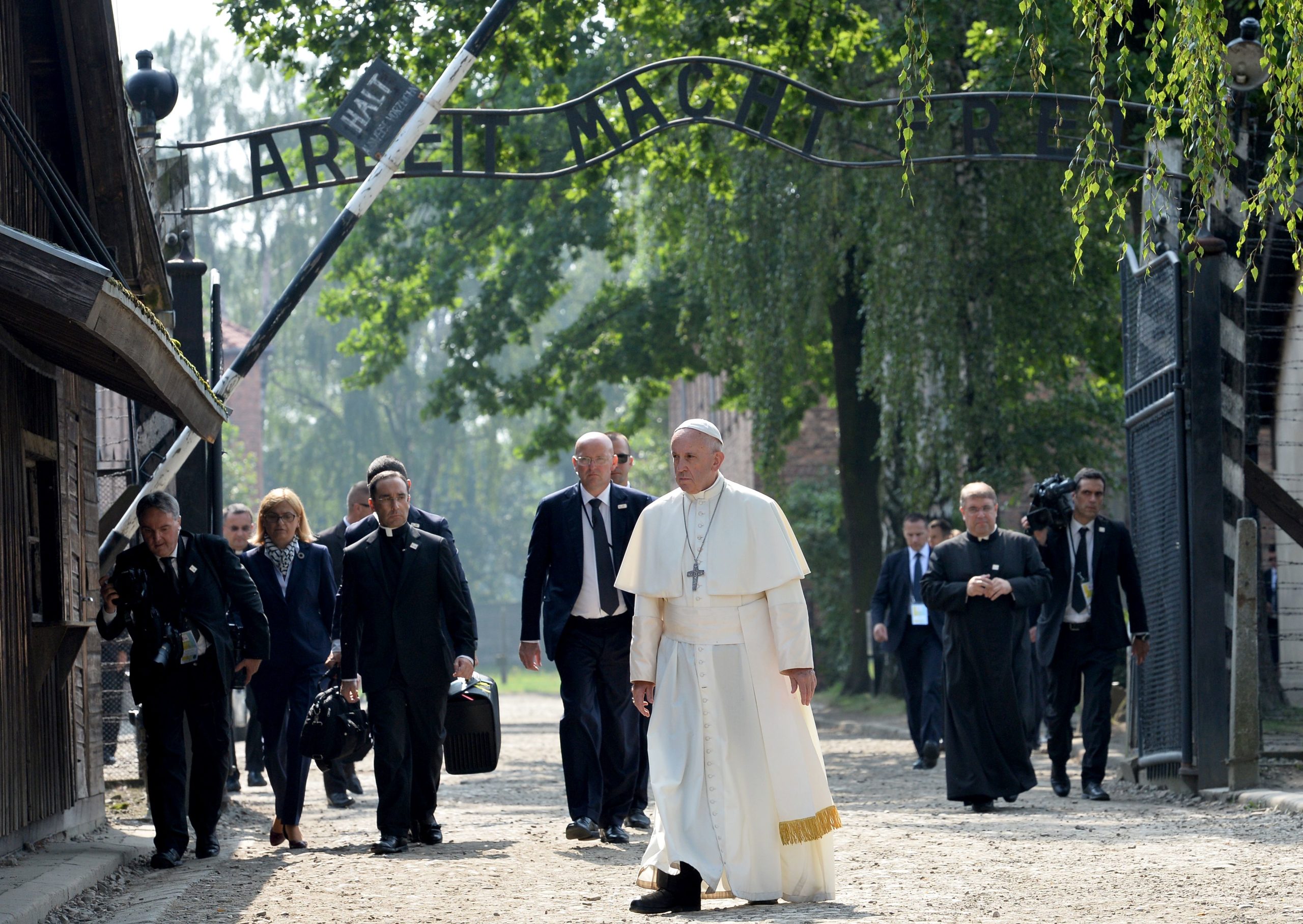 Remembering the horrors of the Holocaust means addressing extremist forms of nationalism that may emerge today, he added.

Francis made a historic visit to Auschwitz-Birkenau in 2016, becoming the third pope to visit the site, where he prayed and met with Holocaust survivors. He also visited the cell of Polish Catholic priest Maximilian Kolbe, who was killed in 1941 when he volunteered to take the place of another prisoner who was slated to be executed, CNN reported. 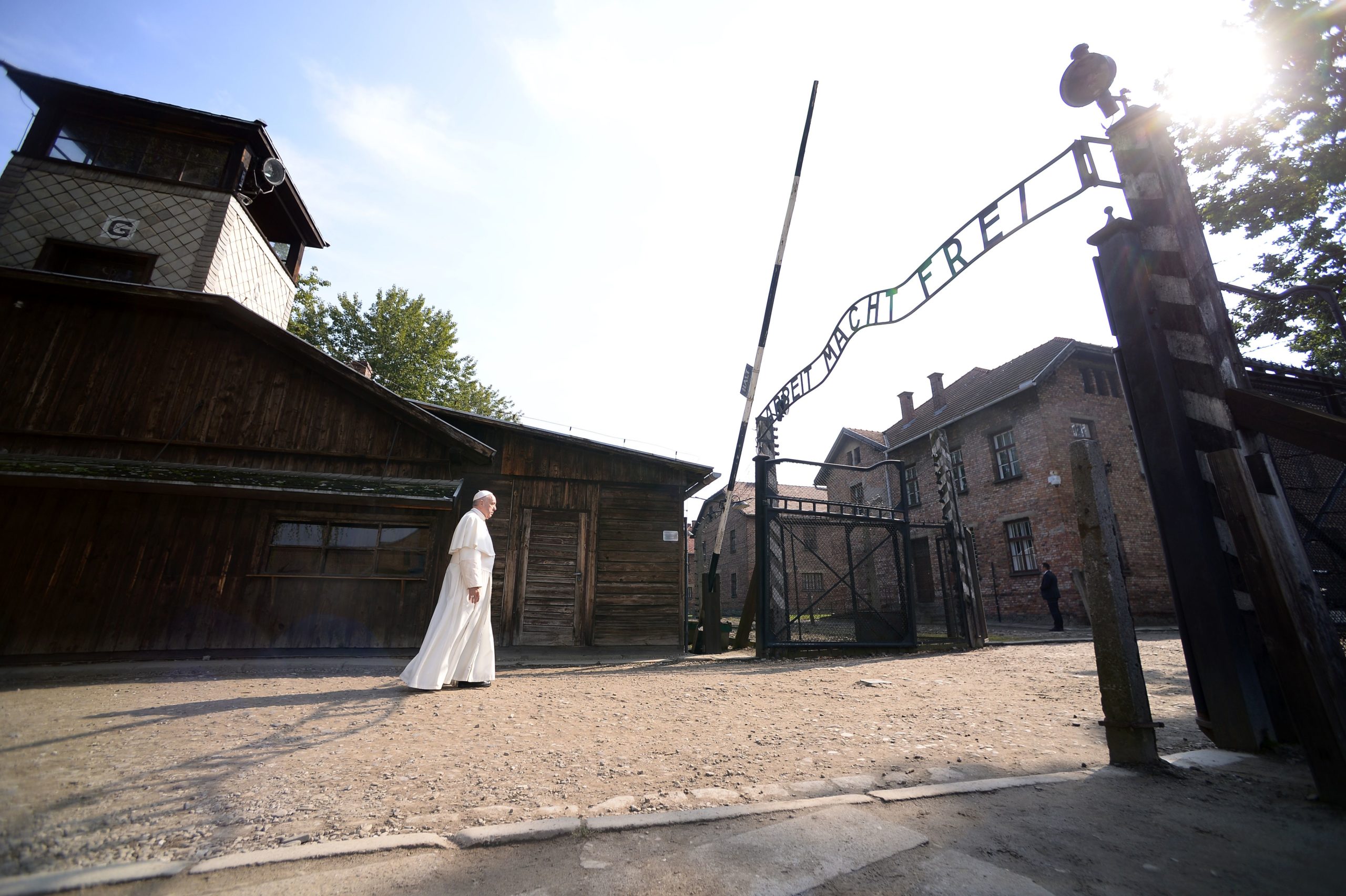 Pope Francis walks towards the main entrance with the lettering “Arbeit Macht Frei” (Work Sets You Free) at the former Nazi German Auschwitz-Birkenau death camp on July 29, 2016 in Oswiecim as part of his visit to the World Youth Days (WYD).
(FILIPPO MONTEFORTE/AFP via Getty Images)

More than 1 million people were killed at Auschwitz, the largest Nazi concentration and death camp where Jews and those that the Nazis perceived as enemies were exterminated, according to History. When Soviet soldiers entered Auschwitz, they found nearly 7,600 sick prisoners and piles of corpses. By 1945, the Germans and their allies killed nearly two out of every three European Jews, according to the U.S. Holocaust Memorial Museum. Nearly 6 million Jews were killed in the Holocaust.