President Joe Biden has come under fire from labor unions that endorsed him during the 2020 election over his day-one executive order revoking federal permitting for the already-delayed Keystone XL pipeline.

Biden’s executive order rescinded a cross-border permit for the Keystone XL pipeline that was previously approved by then President Donald Trump in 2017. TC Energy — the company operating the pipeline — said Jan. 21 that 1,000 construction jobs alone would be eliminated in the coming weeks because of Biden’s executive order, according to Reuters.

NABTU President @SeanMcGarvey_ released the following statement in response to the @KXLPipeline cancellation announced yesterday by the Biden Administration.

“North America’s Building Trades Unions are deeply disappointed in the decision to cancel the Keystone XL permit on the President’s first official day in office,” McGarvey said. “Environmental ideologues have now prevailed, and over a thousand union men and women have been terminated from employment on the project.”

But NABTU formally endorsed Biden during the 2020 election and McGarvey issued a statement Oct. 23 praising the president for his “responsible, forward-thinking” leadership. (RELATED: What Biden’s First Week In Office Says About The Next 4 Years)

#Pipeline construction has been a lifeline for many #LIUNA members across the country. The anticipated decision to cancel the #KeystonePipeline will kill thousands of good-paying #UNION jobs! #pipelinesarelifelines #energy pic.twitter.com/p0BxD1vPHV

“The Biden Administration’s decision to cancel the Keystone XL pipeline permit on day one of his presidency is both insulting and disappointing to the thousands of hard-working LIUNA members who will lose good-paying, middle class family-supporting jobs,” O’Sullivan said.

United Association of Union Plumbers and Pipefitters (UA) president Mark McManus issued a statement Jan. 18 criticizing then president-elect Biden following reports that he would rescind the pipeline permit on day one.

“We will keep fighting for Keystone XL and any infrastructure project that creates good jobs for the Brothers and Sisters of the United Association, and to make sure our members have a seat at the table.”

Once again, UA was one of the labor unions that formally endorsed Biden and McManus issued a statement Aug. 17 praising the president for his efforts to help union workers secure “fair wages and good benefits.” In a separate statement issued after the election, UA said Biden would be the “most pro-worker [president] this country has ever seen.”

Organized labor has traditionally enjoyed close ties to the Democratic Party and nearly all of the country’s biggest public-sector unions endorsed Biden at the national level, according to Newsweek.

Union leaders said the Biden administration could help reverse the long decline in union membership and political influence. Many also see his presidency as a change from their somewhat tenuous relationship with the Obama and Trump administrations, according to NBC News. (RELATED: These 2 Groups Already Play A Big Role In Biden’s Administration) 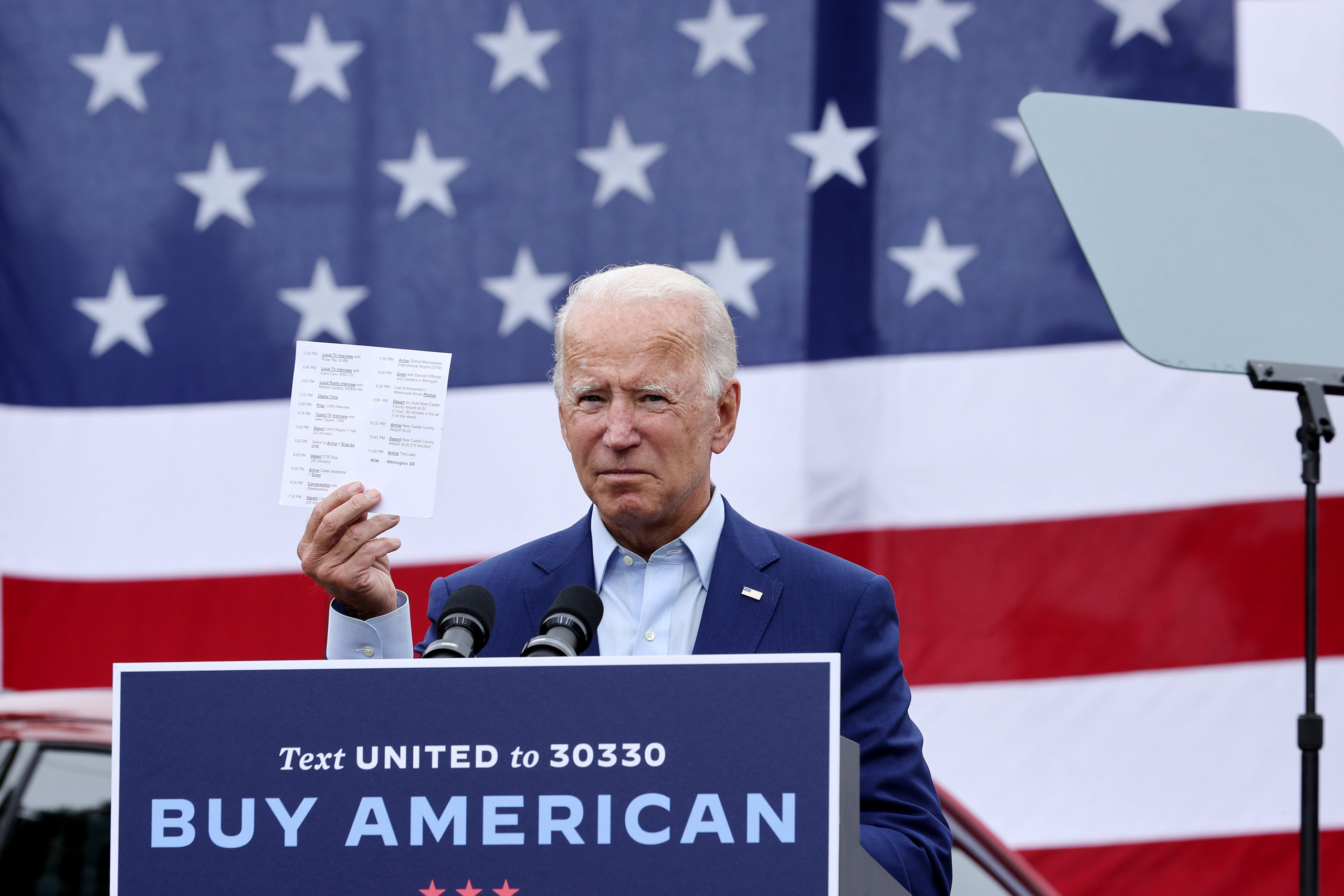 But the president’s recent regulatory actions raises questions about whether some labor unions will remain on board with the new administration.

The administration’s climate agenda in particular could have devastating consequences for union workers in the energy industry. Biden issued an executive order Jan. 22 temporarily suspending fossil fuel leasing permits on federal lands and mandated a broad regulatory review of Trump administration policies on the environment.

Biden’s regulatory actions coupled with Trump’s relative success among working class voters in 2020 could create an opportunity for Republicans to gain more support among union members in future election cycles.

Trump performed well among union households in Pennsylvania and Ohio, according to Bloomberg Law, suggesting that the former president’s appeal among working class voters may continue to influence union members and their political allies, especially if Republicans are able to cement the Trump coalition and unite against Biden in 2022 and 2024. 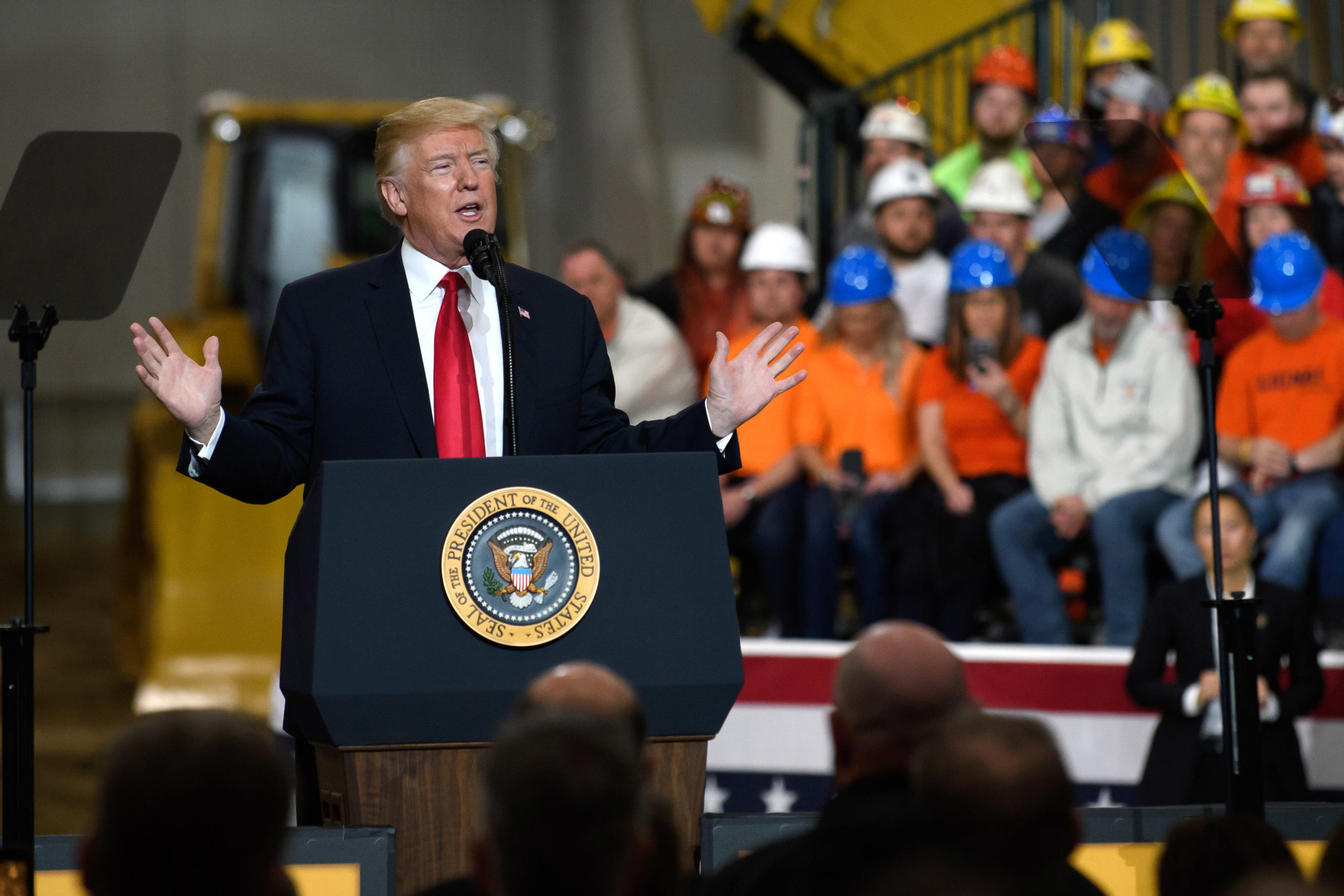 An internal poll shared with Politico in September found that among NABTU members, Biden and Trump polled within one point of each other. While NABTU and other labor unions lined up behind Biden in 2020, there is clear evidence of dissent among rank-and-file union members. (RELATED: Trump Brought Workers Into The GOP — Are Labor Unions Next?)

Jim Ziska, a business agent for Pennsylvania labor union Teamsters Local 30, told the Pittsburgh Tribune-Review in September that support for Trump among the state’s union members was high during the 2020 election.

“Once it was hard to find a Republican who was a union member. The working man was a Democrat. It is not so much that today,” he said.

It may be too early to determine whether Biden and organized labor are headed for a split, and the new administration has promised its policy agenda will actually create more union jobs than were created under the Trump administration.

“On net, more good-paying union jobs will be created in the context of the climate and infrastructure work that we have before us than has been impacted by other decisions,” Transportation Secretary nominee Pete Buttigieg told senators during his confirmation hearing last week.