The cheating took place after all but first-classmen were sent home at the start of the COVID-19 pandemic, Air Force Magazine reported, leading to the expulsion of one cadet and the resignation of another.

“Infractions were detected by existing Dean of Faculty academic safeguards. The Honor Code infractions ranged from failing to properly cite sources, to using unauthorized online tutoring websites to receive solutions to exam questions in real time, to completing final exams in small groups,” the service academy, which also trains officers for the Space Force, said in a statement, maintaining that existing safeguards to preserve integrity detected the misconduct. 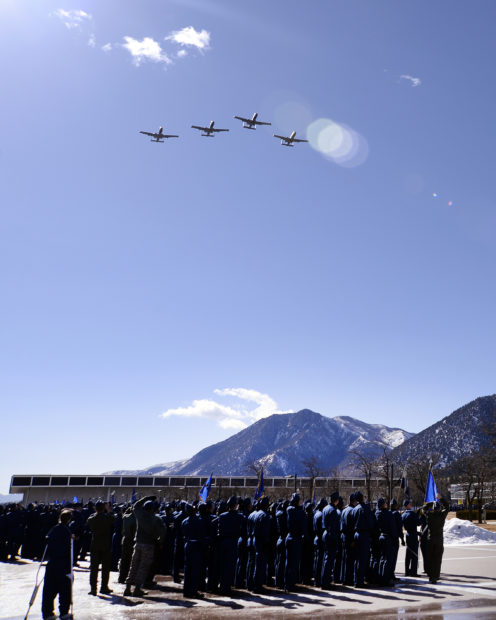 “The cadet-led process of working through the Honor Code infractions could not begin until cadets returned for the Fall Semester. The process is currently progressing slower than normal, primarily due to COVID restrictions, but the Academy is dedicated to ensuring cadet accountability throughout the entire Honor process. Cadets in violation of the Honor Code are not allowed to represent the Academy until they complete the required remediation,” the Air Force Academy’s statement said. “The vast majority have admitted to cheating and have been placed on six months of probation and remediation. The remainder are pending cases at various stages of the Honor process.” (RELATED: Political Correctness Gone Mad: The Air Force Apologizes For Tweet Bragging About Killing Terrorists)

Lt. Gen. Richard Clark, the superintendent of the Air Force Academy, noted that “remediation is a consequence and not an act of leniency. If earned, remediation provides an opportunity to reset the moral compass and deepen a cadet’s understanding of and respect for the Honor Code. Developing leaders of character is not without life lessons and learning from these mistakes.”

Officials are also reviewing the process to determine what improvements can be made, including the increased use of technology to catch plagiarism.