With Democrats in control of Congress and the White House, advocates for D.C. statehood again see an opportunity to make it happen.

Delaware Democratic Sen. Tom Carper reintroduced a statehood bill on Wednesday and was joined by 38 of his colleagues, continuing House-led statehood efforts that began after Democrats retook the chamber in 2018. But despite the coming legislative push, the measure still faces considerable opposition from Republicans on political and constitutional grounds.

Most Democrats have come out in favor of making D.C. a state, arguing that its over 700,000 tax-paying residents deserve to have representation in Congress. But statehood is a non-starter for Republicans, who have argued that doing so would practically guarantee two Democratic senators, a Democratic representative and, separately, that it would violate the constitution.

Political battles aside, D.C. statehood is a complicated constitutional issue. Throughout U.S. history, states were admitted to the union according to the Admissions Clause under Article IV of the Constitution. But the clause is not applicable since D.C. is not a U.S. territory, making the issue of D.C. statehood more complex.

While numerous experts have found themselves on opposite sides of the debate, most of the arguments for and against revolve around Article I, Section 8, Clause 17 of the Constitution, or the “Federal Enclave Clause,” and the 23rd Amendment. (RELATED: Biden Opposes Abolishing The Filibuster, Supports DC Statehood)

The clause, which was included when the Constitution was first ratified in 1788, allowed Maryland and Virginia to cede the land that eventually became Washington D.C. for the purpose of becoming the nation’s capital.

To exercise exclusive Legislation in all Cases whatsoever, over such District (not exceeding ten Miles square) as may, by Cession of particular States, and the Acceptance of Congress, become the Seat of Government of the United States…

Activists and opponents for statehood have focused on the phrase “ten Miles square,” but have interpreted it in different ways.

H.R. 51, the 2019 bill introduced and passed by the House, does not make all of Washington, D.C. a state. Instead, it would separate the National Mall, the Capitol, White House and other federal buildings from the rest of the district to form a smaller federal capital while making the remaining neighborhoods within D.C a state.

“Seizing on the fact that the Framers did not set a minimum size for the District, statehood proponents believe they can carve out this tiny enclave from what for over 200 years has been the seat of federal government and turn the rest of today’s District into a new state – and all without amending the Constitution,” said Roger Pilon, the B. Kenneth Simon chair in constitutional studies at the Cato Institute, in testimony before the House of Representatives regarding the issue in 2019.

“To be sure, the Framers did not set a minimum size for the district. But their mention of ‘ten Miles square,’ together with Congress’s nearly contemporaneous 1790 creation of the District from land, ten miles square, ceded to the government by Maryland and Virginia, is strong evidence of what they intended,” Pilon wrote in his testimony.

Pilon also told the Daily Caller News Foundation that he did not believe that the Constitution allowed for Congress to create a new state from land originally ceded by Maryland to create the nation’s capital.

“The basic question now is whether … Congress has a power to create a new state from the greater portion of that land that was ceded by Maryland for the purpose of creating a district for the seat of the federal government,” Pilon said in an email. “There is no such power to be found in the Constitution.” 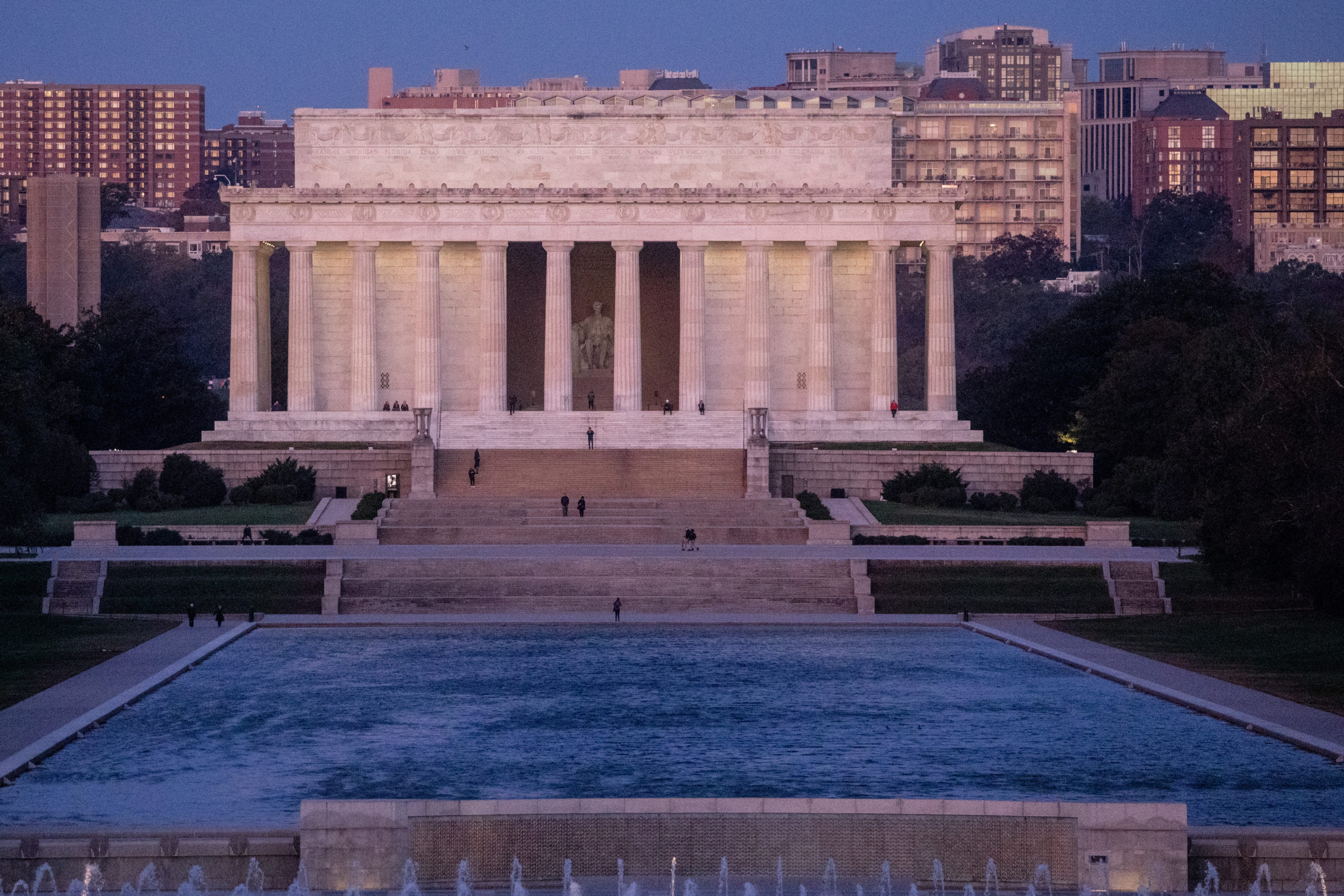 The Lincoln Memorial is seen at sunrise during Election Day on November 3, 2020 in Washington DC. (Chris McGrath/Getty Images)

But those who argue that H.R. 51 is constitutional say that since the Federal Enclave Clause does not state a minimum size for the nation’s capital, the bill can be adopted without a constitutional amendment.

“H.R. 51 is consistent with Congress’s broad authority because the Clause provides for a federal district that ‘may’ serve as ‘the Seat of Government,’” the ACLU argued in an analysis of the House bill. “Because the Act only reduces (instead of absorbing) the District of Columbia, it does not violate the Clause.”

While the argument notes how opponents of D.C. statehood have asserted that the Clause showed the Founders intent to have “permanently fixed the size of the District,” it asserts that “neither the language of the Clause nor its history supports these interpretations.” (RELATED: Speaker Pelosi Announces Support For DC Statehood)

Regardless of how the Federal Enclave Clause is interpreted, opponents of statehood argue that creation of a state from the nation’s capital would require its own constitutional amendment regardless of the process.

The District constituting the seat of government shall appoint in such manner as the Congress may direct:

A number of electors of President and Vice President equal to the whole number of Senators and Representatives in Congress to which the District would be entitled if it were a State, but in no event more than the least populous State…

The 23rd Amendment allowed for Washington D.C. to participate in federal elections for president and vice president, giving the district three electoral votes, which is “no more than the least populous State.”

Pilon argued that since the district comprising the seat of government under H.R. 51 would become a tiny section with just hundreds of people (including the presidential family) living within it, “their votes would then be vastly weightier than those of their fellow citizens.” 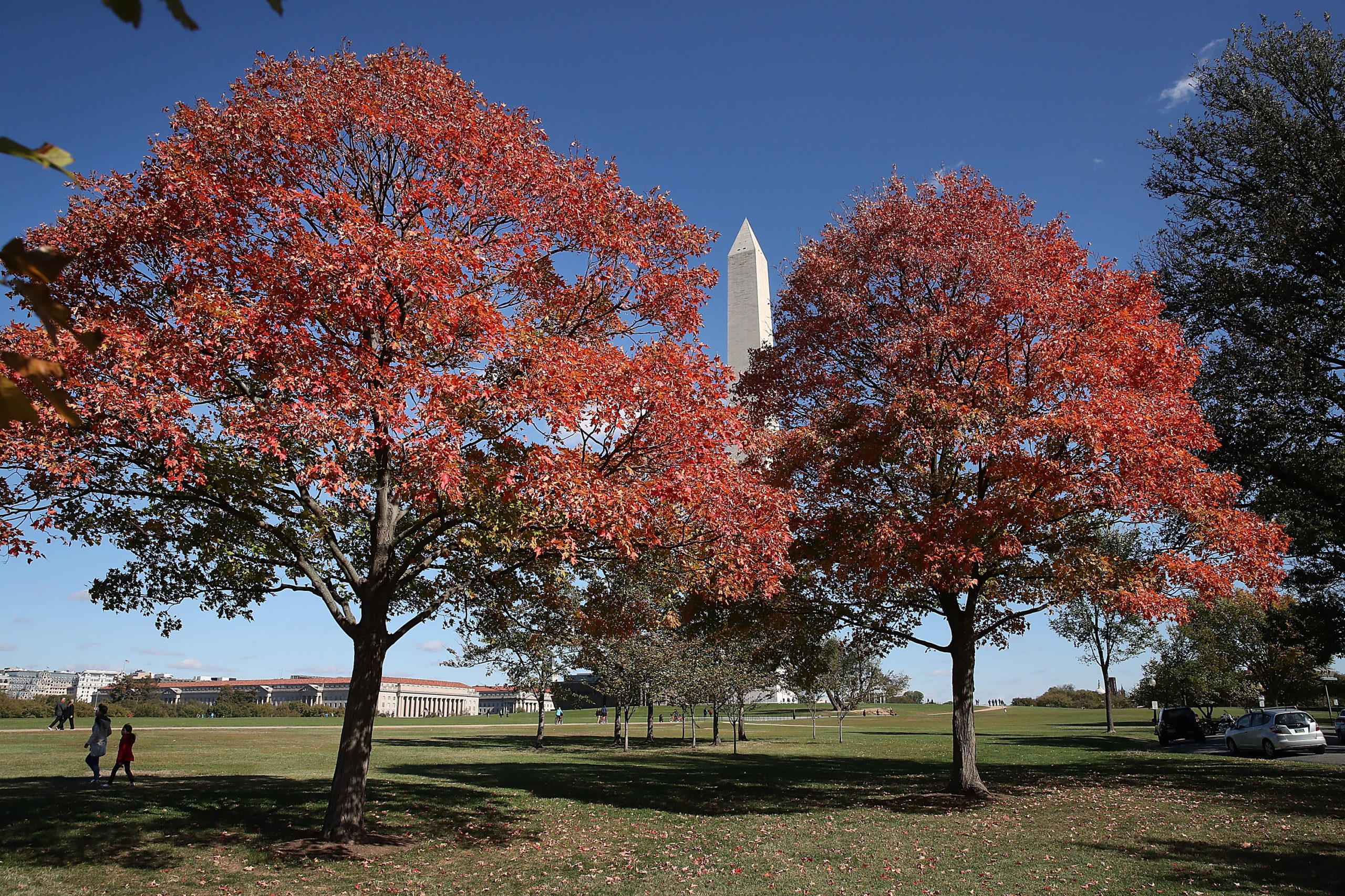 “I would add that when the 23rd Amendment was passed and ratified, no one thought that DC could be given electors other than through a constitutional amendment,” Pilon told the Daily Caller News Foundation in an email. “Nothing has changed since then to enable us to imagine that statehood could be accomplished other than through constitutional amendment.”

The ACLU, however, argued that while the 23rd Amendment “raises important policy considerations,” it does not make statehood as adopted by H.R. 51 unconstitutional.

“The [23rd Amendment], like the District Clause, makes no mention of a minimum geographic size or population in the federal district and it applies regardless of the changes in the district’s population,” the ACLU said. “In general, the Constitution is not violated anytime the actual assumptions underlying a provision change.”

The organization also addresses the outsized electoral power the new district’s few residents could have, but notes that H.R. 51 seeks to address the conflict in two different ways: first, it repeals the separate law that allows for the district to participate in federal elections, and second, it launches a bid to consider the repeal of the 23rd Amendment as written.

“While these measures do not likely end-run or nullify the [23rd] Amendment’s mandatory language (i.e., “The District … shall appoint” electors), neither does the Amendment foreclose the Act from a constitutional standpoint,” the ACLU writes.