WASHINGTON, D.C. — The District of Columbia is making yet another bid for statehood in 2019 — this time with the support of House Speaker Nancy Pelosi, who is tying the long-debated issue to voter suppression.

D.C. Delegate Eleanor Holmes Norton has introduced a bill calling for some version of D.C. statehood every term she’s served, but none of the bills has ever managed to land before the president. Now, with the backing of Pelosi and House leadership, supporters of the measure are more hopeful. (RELATED: When Asked If She Supported The Black Lives Matter Movement, Nancy Pelosi Says, ‘All Lives Matter’) 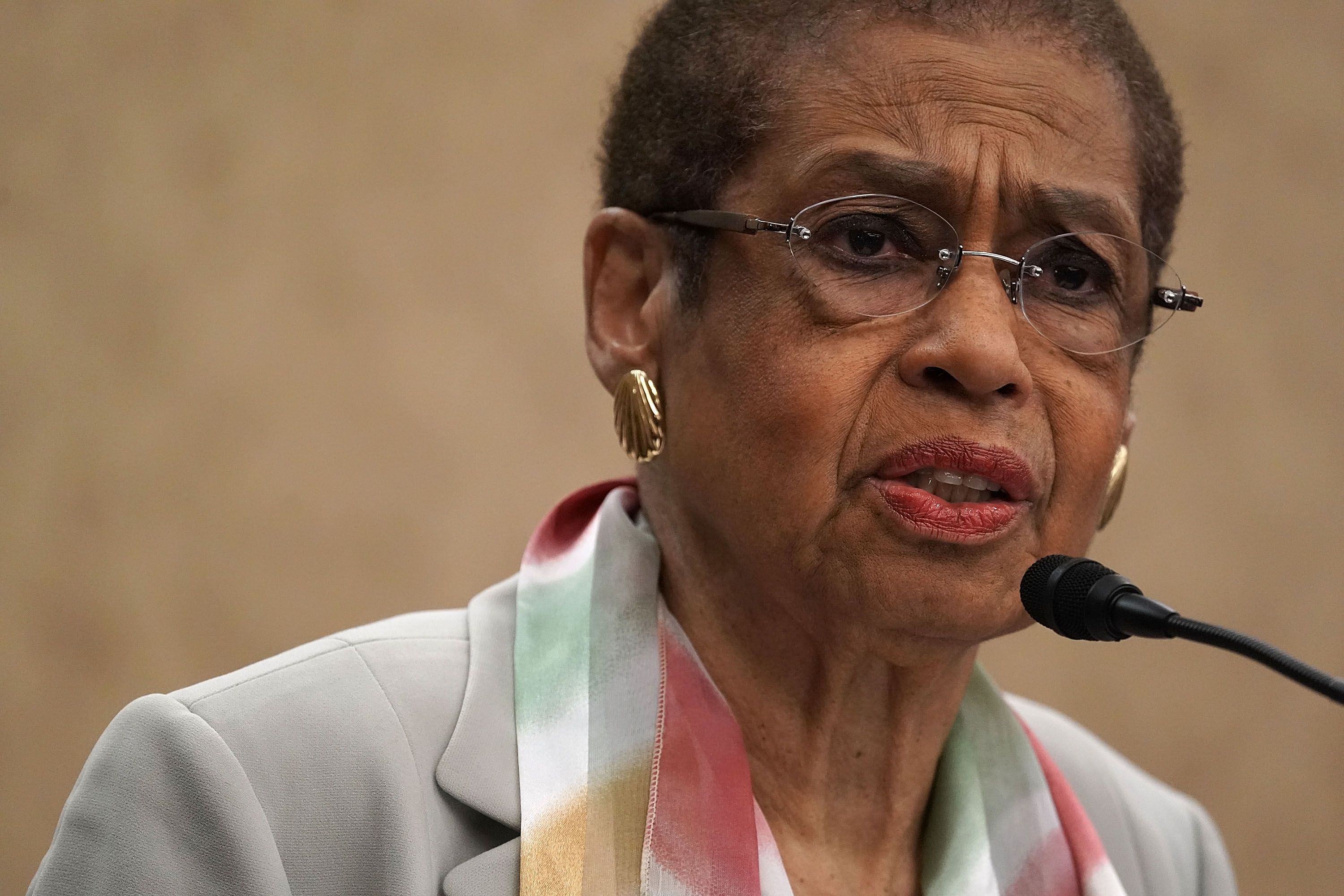 As Pelosi said in her statement of support:

For Americans across the country, the sacred right to vote has faced a cruel, relentless assault from the GOP’s mass disenfranchisement agenda, which disproportionately impacts communities of color. These relentless, brazen efforts to turn back the clock and erect barriers to the ballot box is an affront to our Constitution and our values.

“Congress has limited and enumerated powers,” explained Roger Pilon, director emeritus of the Cato Institute’s Center for Constitutional Studies, which he founded it in 1989. He called the D.C. statehood movement a fool’s errand. “The power to do what is proposed here is not among Congress’ enumerated and limited powers. Just because something might be good doesn’t mean that Congress has the power to do it.”

Pilon held five senior posts in the Reagan administration, at U.S. Office of Personnel Management, State and the Justice Department.

“Every Justice Department that has looked at this issue since Attorney General Robert Kennedy’s day has found that this can’t be done except through a constitutional amendment,” Pilon said. (RELATED: Sen. Kyrsten Sinema Takes Oath Holding Constitution Rather Than Bible)

Constitutional amendments require ratification from three-fourths of the states (38 out of 50), something D.C. statehood bills don’t seem likely to secure. In a 1978 bid for integration into the Union that actually managed to pass Congress, only 16 states approved the proposed amendment over the seven-year ratification period. 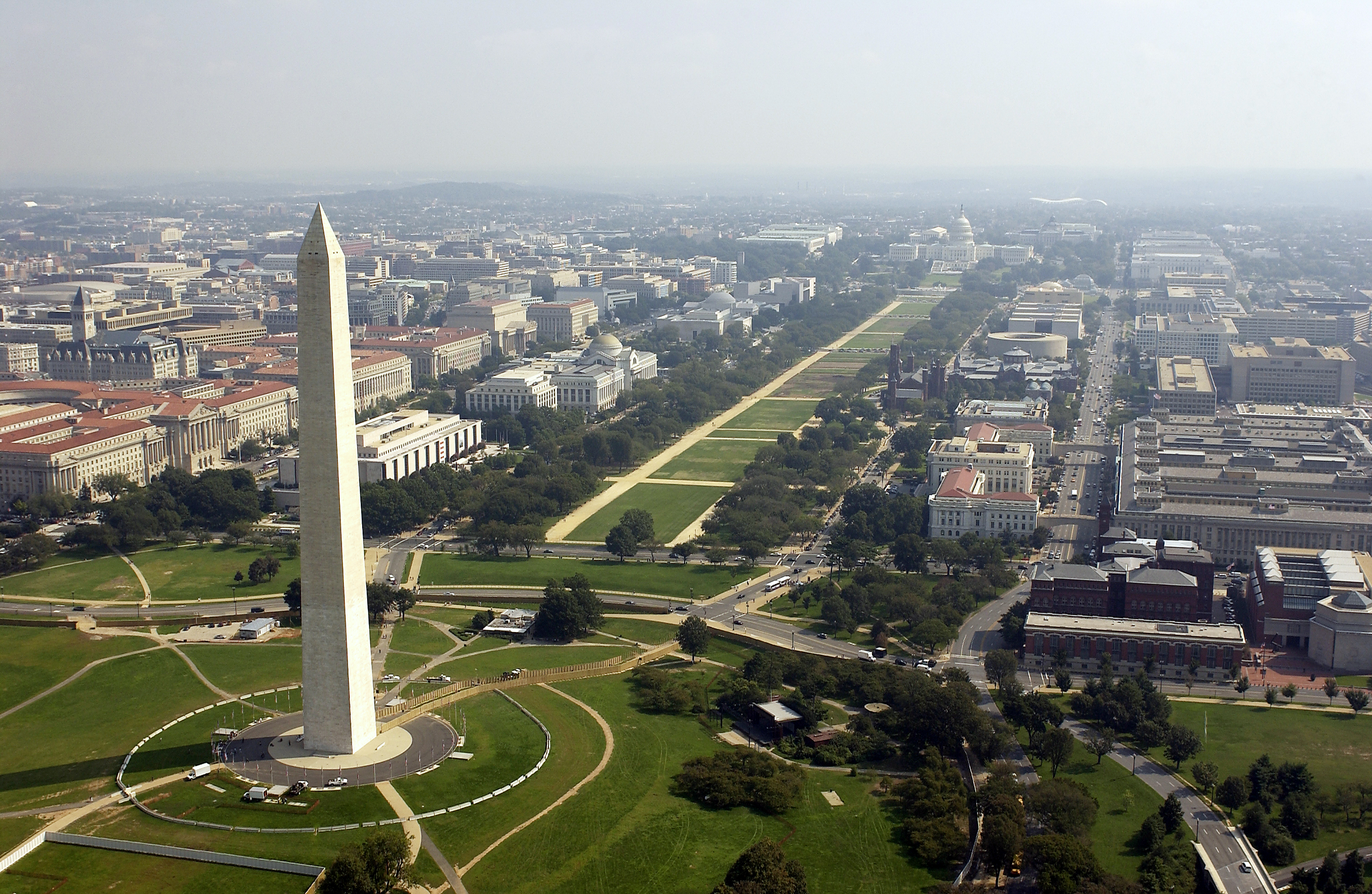 Aerial photo of the Washington Memorial with the Capitol in the background in Washington D.C. on September 26, 2003. (Photo by Andy Dunaway/USAF via Getty Images)

“Bills have been introduced, but they’ve gone nowhere,” said Pilon. “These efforts are political, plain and simple. Members are pandering to their base. Every time this question has been presented to the Justice Department’s Office of Legal Counsel, the answer has been the same.”

Former President Barack Obama made an attempt to further the D.C. statehood cause during his administration by taking a roundabout approach after the Office of Legal Counsel rejected the notion. (RELATED: Is There A 10-Foot Wall Outside Obama’s House? We Went There To Find Out)

“He then went to the Solicitor General, who said he could defend the proposal,” recalled Pilon. “But their job is to defend and represent bills that come out of Congress that are challenged. So they can ‘defend it,’ but that doesn’t mean they can defend it and win.”

Hillary Clinton and Bernie Sanders both expressed support for D.C. statehood during the 2016 election, and 86 percent of voters in the District said they were in favor of statehood in a 2016 referendum.

But the issue is complicated. For starters, Maryland, which ceded most of the land that became the District to the federal government in 1790, would have to consent to a new state on their border. Some argue for simply “giving D.C. back” to Maryland instead. (RELATED: DC Democrat Took Stock From Friend’s Company, Pushed Legislation To Directly Benefit It)

What would remain as “the seat of government” called for by the framers of the Constitution (most notably by James Madison in Federalist No. 43) would most likely be a collection of federal buildings around the National Mall, including the White House and, therefore, the first family.

“If this were to pass,” as Pilon put it, “the few people who would be left in the District who could elect electors for the electoral college pursuant to the 23rd Amendment, would have votes vastly greater or disproportionate to the rest of the country.”

In other words, the bill that Pelosi and other Democrats support would give the president and his family their own electors. 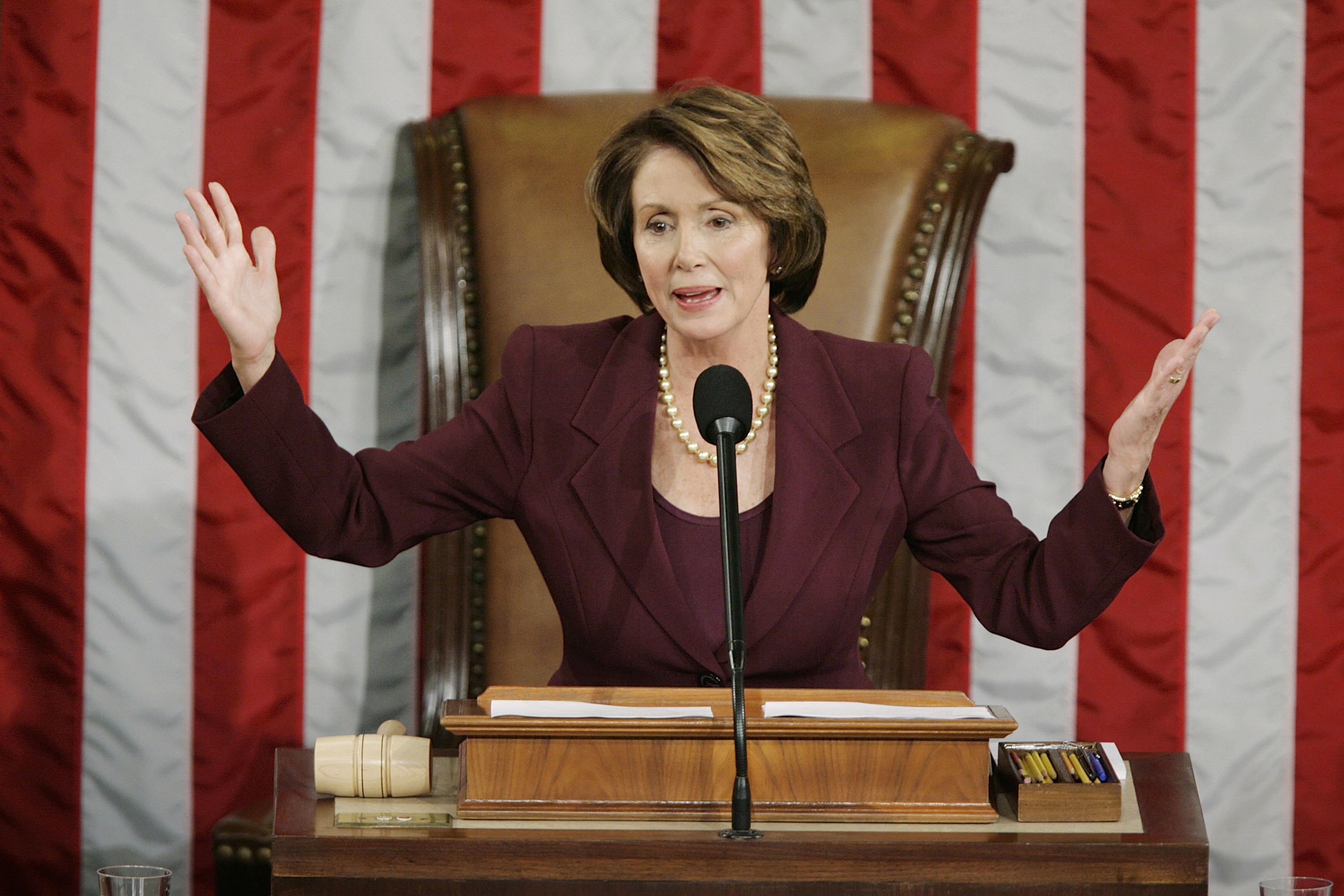 WASHINGTON – JANUARY 04: Speaker of the House Nancy Pelosi (D-CA) addresses the House of Representatives after being elected as the first woman Speaker at a swearing in ceremony for the 110th Congress in the House Chamber of the U.S. Capitol January 4, 2007 in Washington, DC. (Photo by Chip Somodevilla/Getty Images)

While constitutional and practical implications abound, there is also debate around even what the new state should be called.

Names considered have included New Washington and New Columbia, but the most recent iteration is the state of Washington, D.C., except the “D.C.” stands for “Douglass Commonwealth,” a reference to Frederick Douglass, a black abolitionist who lived in Washington from 1877 to 1895.

In her statement of support, Pelosi writes:

Democrats will restore every American’s right to be heard at the ballot box. Whether they are citizens of our nation’s capital or live in historically marginalized communities across the country, Democrats are working to pass bold, ambitious legislation to restore the Voting Rights Act, finally granting full rights and statehood to the District of Columbia.

While some are hopeful that her support will bolster the movement, Pilon remains skeptical.

“It means that it’s more likely to get out of the House,” he predicts, “but that’s as far as it’s going to go. In the Senate, Majority Leader Mitch McConnell will sit on the bill and that’s the end of the story. Proponents have found a couple of professors who have backed them up, but you can always find somebody to concoct an argument that, at the end of the day, when it gets to the Supreme Court, will not fly.”

The text of the bill is not yet posted, possibly as a result of the government shutdown.

“While it is true that the right to vote is precious,” said Pilon, “individual people have voted with their feet. They know that in moving to the District, they will lose the right to vote for members of Congress, yet they do so. So they make that choice. Apparently, they’re willing to make the trade-off.”