Trump’s previous legal team, Butch Bowers and Deborah Barbier, reportedly quit due to Trump’s insistence that they argue the 2020 election was stolen rather than focus on the constitutionality of Trump’s impeachment, according to CNN. 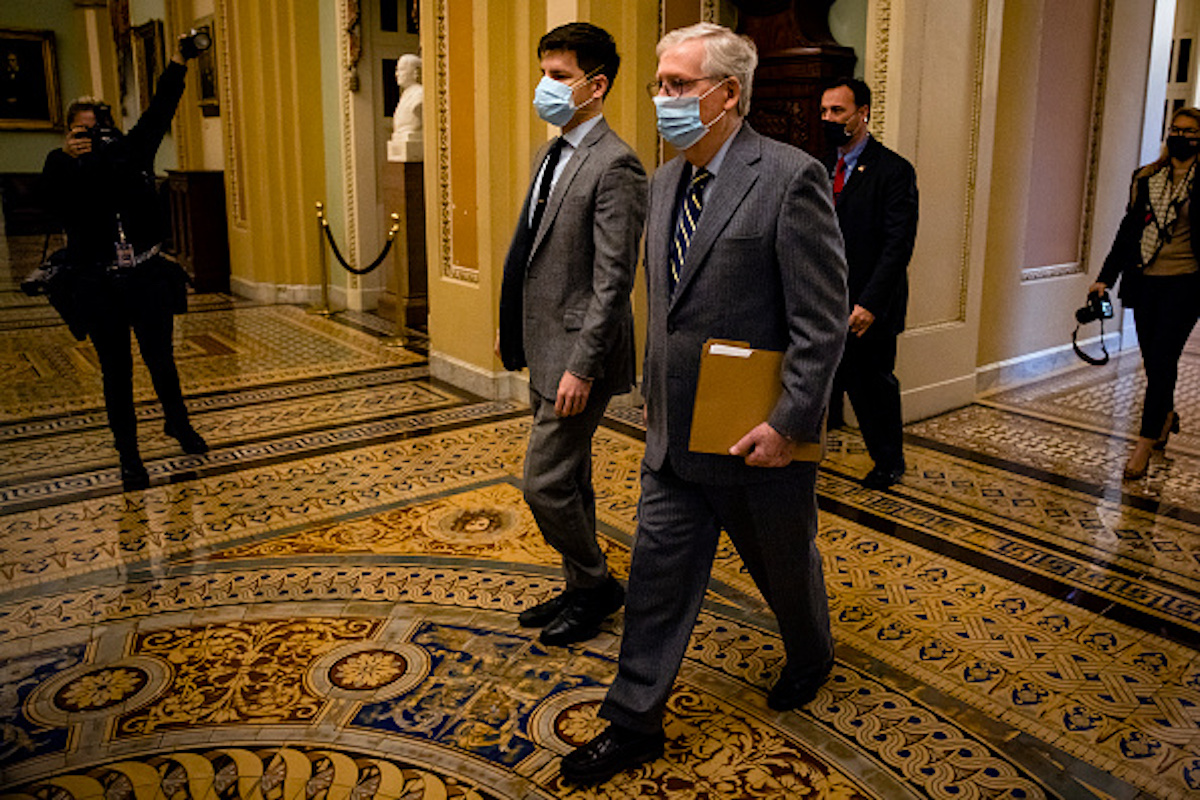 WASHINGTON, DC – JANUARY 26: Senate Minority Leader Mitch McConnell (R-KY) heads to the Senate floor before being called into session on January 26, 2021 in Washington, DC. Today senators will be sworn in as the jury for the second impeachment trial of former President Donald Trump. Senate President pro tempore Patrick Leahy (D-VT) will preside over the trial in place of Supreme Court Chief Justice John Roberts. (Photo by Samuel Corum/Getty Images)

It is unclear what defensive strategy Schoen and Castor plan to make, but their initial statements make no mention of the election. (RELATED: Mitch McConnell Proposes Delaying Impeachment To Give Trump Team Time)

“I consider it a privilege to represent the 45th President. The strength of our Constitution is about to be tested like never before in our history,” Castor said in the press release. “It is strong and resilient. A document written for the ages, and it will triumph over partisanship yet again, and always.”

“It is an honor to represent the 45th President, Donald J. Trump, and the United States Constitution,” Schoen added.

Trump faces one charge of “incitement of insurrection” in the impeachment trial. House Democrats and 10 House Republicans voted in favor of the charge in mid-Jan. for Trump’s role in inciting a mob of his supporters to storm the U.S. Capitol on Jan. 6.