Utah Sen. Mitt Romney on Thursday unveiled an ambitious plan to pay families up to $350 per month per child, a measure which the Republican says will promote marriage and help alleviate child poverty without adding to the federal budget deficit.

The proposed bill, The Family Security Act, goes even further than one from Democrats to increase child tax credits as part of a coronavirus stimulus bill. Democrats have proposed increasing the child tax credit from $2,000 to $3,600, and allow for payouts to be distributed before families file their taxes.

The proposed maximum payment would be $1,250, or the equivalent of five school-aged children. The monthly stipend would begin to phase out at $400,000 for families with joint tax filings, and $200,000 for single filers.

“Romney’s proposal would ensure that expecting parents receive the help they need to face expenses associated with preparing for a child, and low-income families would no longer have to choose between a bigger paycheck or maintaining eligibility for support,” Romney’s office said in a statement announcing the proposed measure. (RELATED: Mitt Romney Has An 84% Approval Rating With Utah Democrats) 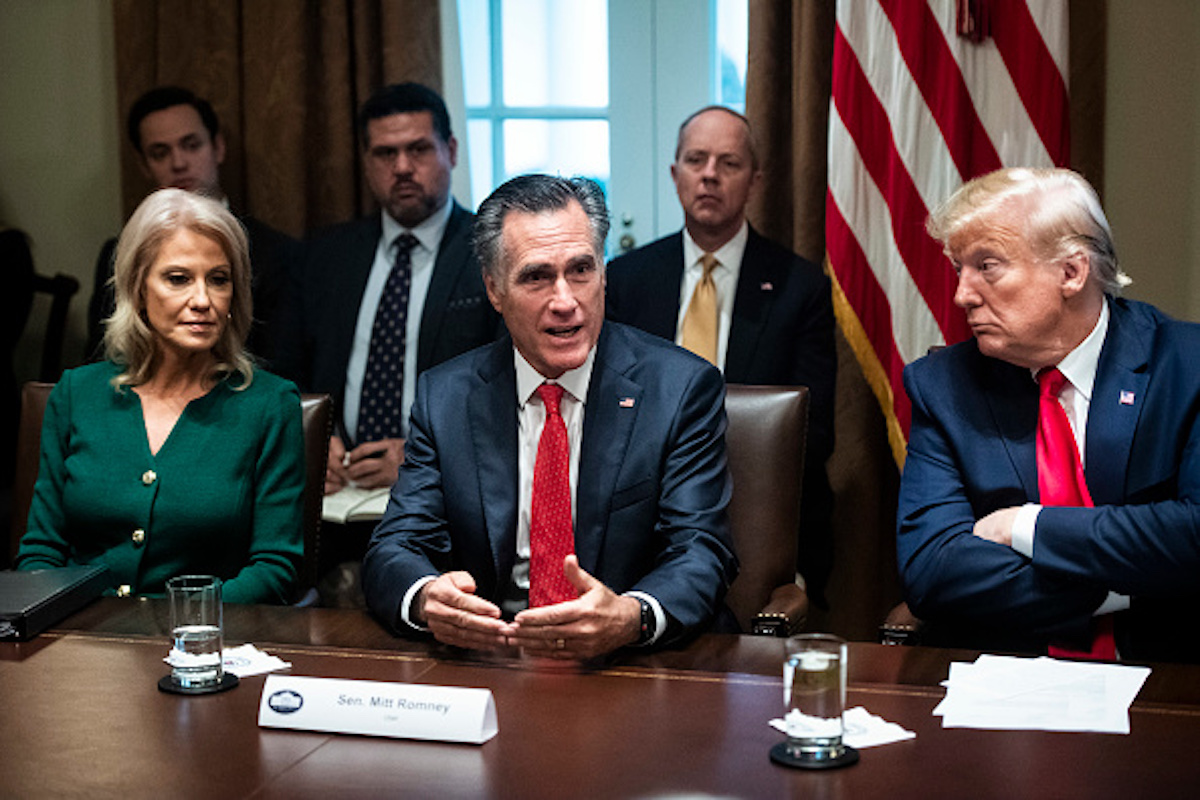 Romney says that the plan would “immediately” pull nearly 3 million children out of poverty. He claims it will not increase the federal deficit.

“American families are facing greater financial strain, worsened by the COVID-19 pandemic, and marriage and birth rates are at an all-time low,” Romney said.

Monthly payments would be routed through the Social Security Administration rather than the IRS, according to the proposal.

A summary of Romney’s plan says that monthly stipends will add up to $112.5 billion each year, but will be offset by the elimination of some tax credits and deductions.

Romney proposes the elimination of the State and Local Tax Deduction (SALT), which allows taxpayers to deduct state and local taxes from their annual tax returns. President Donald Trump capped the deduction at $10,000, though some Democrats, including House Speaker Nancy Pelosi, have called for eliminating the cap, claiming that it is unfair to residents of cities and states like California and New York, which have high state tax rates.

Romney asserts that getting rid of the SALT deduction, which his plan calls “an inefficient tax break to upper-income taxpayers,” would free up $25.2 billion for his plan.

The bill would also eliminate the Temporary Assistance for Needy Families (TANF) program, which adds $16.5 billion to the federal budget. Elimination of the head-of-household category for tax filings would also clear up $16.5 billion in budget space, according to Romney.

Reforming the Earned Income Tax Credit will free up another $45 billion in spending, according to the Romney plan.