The panel also said there were no known COVID-19 infections in Wuhan prior to December 2019, a claim that contradicts a State Department report issued in January that said the U.S. government “has reason to believe that researchers inside the [Wuhan Institute of Virology] became sick with autumn 2019, before the first identified case of the outbreak, with symptoms consistent with both COVID-19 and common seasonal illnesses.”

The team leaders for the panel’s Chinese and WHO delegations did not completely rule out the possibility that a lab leak could have occurred but said there is not enough evidence to justify further studies into the theory.

“A laboratory incident hypothesis is extremely unlikely to explain the introduction of the virus into the human population and therefore is not a hypothesis that would suggest future studies into our future work into understanding the origin of the virus,” WHO team lead Dr. Peter Embarek said during a press conference Tuesday.

The WHO investigation began approximately a year after the first coronavirus case was reported.

Chinese Health Commission spokesman Mi Feng said during the press conference that the head of his commission has been engaged in “abundant communication” with WHO Director-General Tedros Ghebreyesus during the panel’s investigation.

Embarek acknowledged that lab accidents have happened in the past, but said there were no reports of any laboratories in the region surrounding Wuhan studying the SARS-COV-2 virus prior to its outbreak in December 2019.

“There was no publication, no reports of this virus or another virus closely linked to this being worked with in any other laboratory in the world,” Embarek said.

But a top Wuhan Institute of Virology researcher, Shi Zhengli, contributed to a February 2020 study that reported that SARS-COV-2 was 96.2% identical to a viral strain that was detected in horseshoe bats from the Yunnan Province. (RELATED: EXCLUSIVE: Coronavirus Expert Says Virus Could Have Leaked From Wuhan Lab) 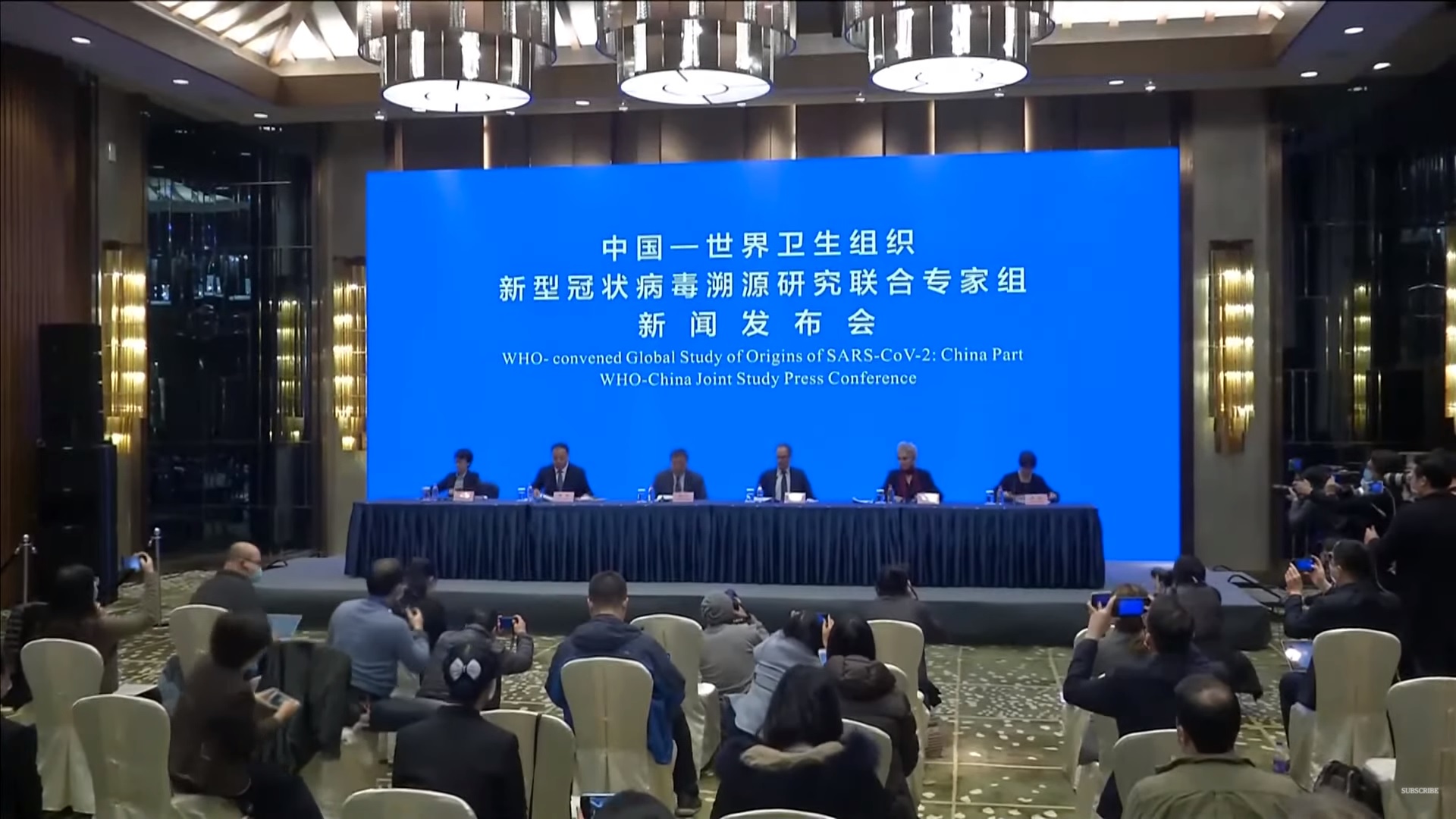 Shi, known in China as the “bat lady,” told the Scientific American in March that she lost sleep worrying that the virus could have leaked from her lab in Wuhan after she first learned of the outbreak in December 2019.

Embarek also said the panel interviewed researchers at the Wuhan Institute of Virology and came to the conclusion that it is “very unlikely that anything could escape from such a place.”

Instead of pursuing the lab leak theory, the panel said it will focus its future research efforts into three other theories that could explain how the virus entered the human population, including whether frozen food products imported into Wuhan contained the virus, whether there was a direct zoonotic spillover from bats to humans or whether an intermediary species was involved in the process.

Embarek placed emphasis on the possibility that the virus could have arrived at Wuhan wet markets via the importation of frozen food products, despite previously deriding the theory as “not the most likely scenario” during an interview less than two weeks ago.

“It seems to be extremely rare, and that being the source of the infection seems to be extremely rare, and that’s happening in a world where you’re having half a million cases now every day,” Embarek said on Jan. 31, according to The Wall Street Journal. “Transposing that onto last year in Wuhan when the virus is not widely circulating in the world and thinking that could be the introduction is not the most likely scenario.”

The theory that SARS-COV-2 could have been imported into China from another country is a favorite of the Chinese government, according to the Associated Press.

Dutch virologist Marion Koopmans, a member of the WHO team, suggested Tuesday that there may have been COVID-19 cases in Italy in late November.

“We should really go and search for evidence of earlier circulation wherever that is indicated,” Koopmans said.

The WHO team that has been investigating the origins of COVID-19 in China since mid-January includes experts from 10 countries. The Chinese government has placed limits on research into the virus, according to the Associated Press.

One of the scientists in the WHO delegation, Dr. Peter Daszak, has previously worked closely with the Wuhan Institute of Virology and recently admitted through a spokesman that he was behind an effort to stymie debate surrounding the lab leak theory in order to protect Chinese scientists from online criticism.

Daszak discussed how easy it was to manipulate bat-based coronaviruses in labs during a podcast interview just weeks before the COVID-19 outbreak in Wuhan.

“You can manipulate them in the lab pretty easily,” Daszak said. “Spike protein drives a lot of what happens with the coronavirus. Zoonotic risk. So you can get the sequence, you can build the protein — and we work with Ralph Baric at [the University of North Carolina] to do this — and insert the backbone of another virus and do some work in the lab.”

Daszak said in the interview that manipulating coronaviruses in labs is a useful tool in developing treatments and vaccines for future potential outbreaks, but some virologists say such research is playing with fire.