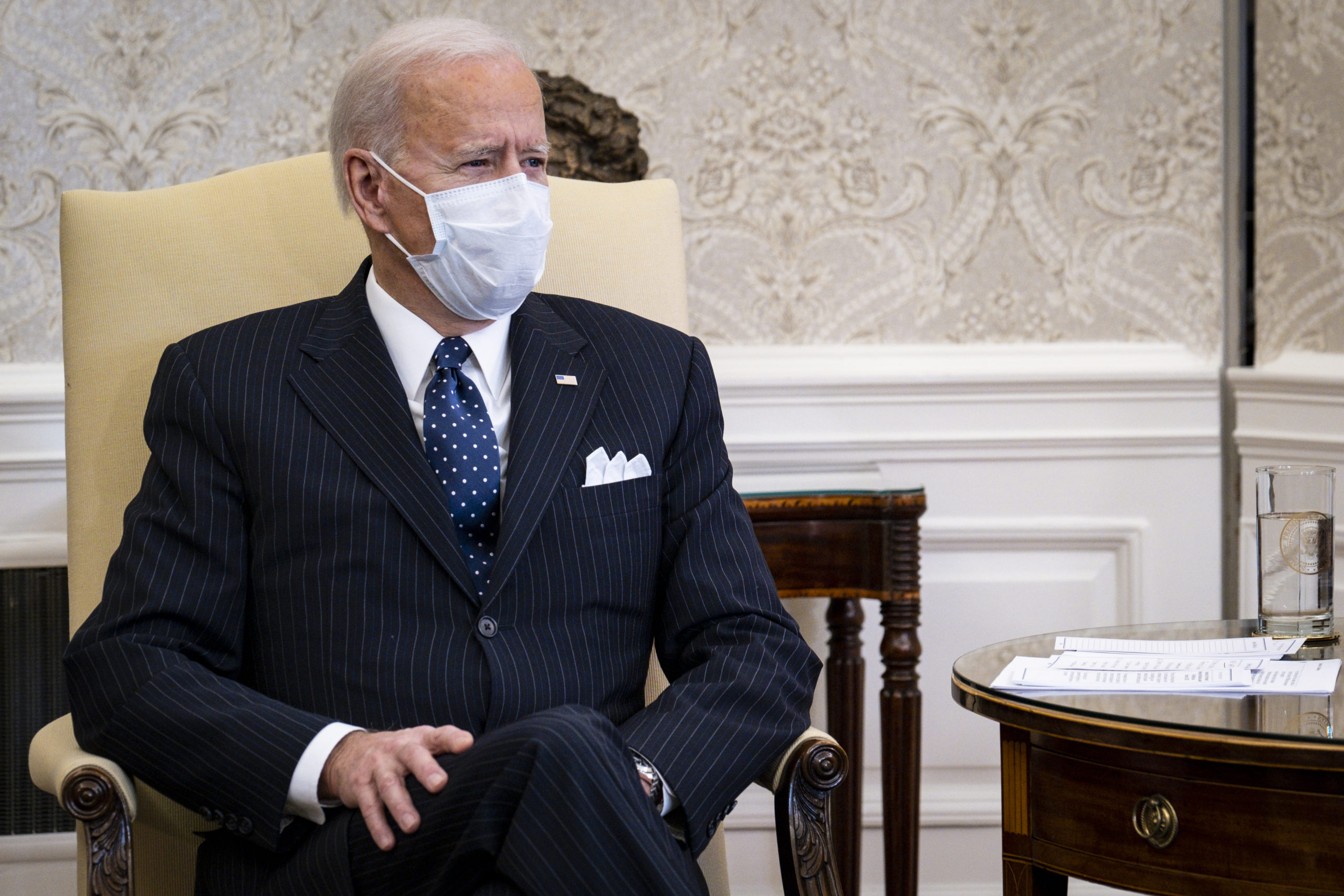 WASHINGTON, DC – FEBRUARY 09: US President Joe Biden speaks as Vice President Kamala Harris and Secretary of the Treasury, Janet Yellen meet with business leaders about the critical need for the American Rescue Plan in the Oval Office at the White House in Washington, D.C., on Tuesday, Feb. 9, 2021. (Photo by Pete Marovich-Pool/Getty Images)

During his prepared remarks on the new sanctions, Biden again called on the Burmese military leaders to immediately relinquish power and release their political prisoners.

He explained that in addition to freezing the $1 billion in aid the United States sends the Burmese government every year, he would also sign an executive order that would enable the U.S. to immediately sanction the military leaders, their business interests and their family members. Biden stressed that the action would only impact the government and military and would not apply to any humanitarian aid that goes “directly” to the Burmese people.

“We’ll be ready to impose additional measures,” the president stated in closing. “And we’ll continue to work with our international partners to engage in these efforts.”

White House press secretary Jen Psaki told reporters at Wednesday’s briefing that the president would explain the full scope of the action in an address at 1:00pm ET. She later added that U.S. allies would join in raising sanctions against Burma but declined to elaborate further. (RELATED: Biden Threatens Sanctions Against Burma Following Military Coup — Press Secretary Says It’s A ‘Message’ To China, Other Countries)

Following the coup, Biden threatened Burma’s military leaders with potential sanctions should they not stand down

“The military’s seizure of power in Burma, the detention of Aung San Suu Kyi and other civilian officials, and the declaration of a national state of emergency are a direct assault on the country’s transition to democracy and the rule of law,” the president said in a statement at the time. “In a democracy, force should never seek to overrule the will of the people or attempt to erase the outcome of a credible election.”

Bloomberg reported just prior to Psaki’s announcement that Biden is expected to levy sanctions against both current and former Bamar military leaders and their associated businesses.