Senate Majority Leader Chuck Schumer left invoking the 14th Amendment to ban former President Donald Trump from office if he is not convicted in the Senate impeachment trial on the table Thursday.

Schumer did not say he was against the idea when he was asked if he would introduce legislation to ban Trump from running from office again during a Thursday press conference, but he did say he is currently focused on getting him convicted in the ongoing Senate trial.

“We’re first going to finish the impeachment trial and then Democrats will get together and discuss where we go next,” Schumer said, Fox News reported. 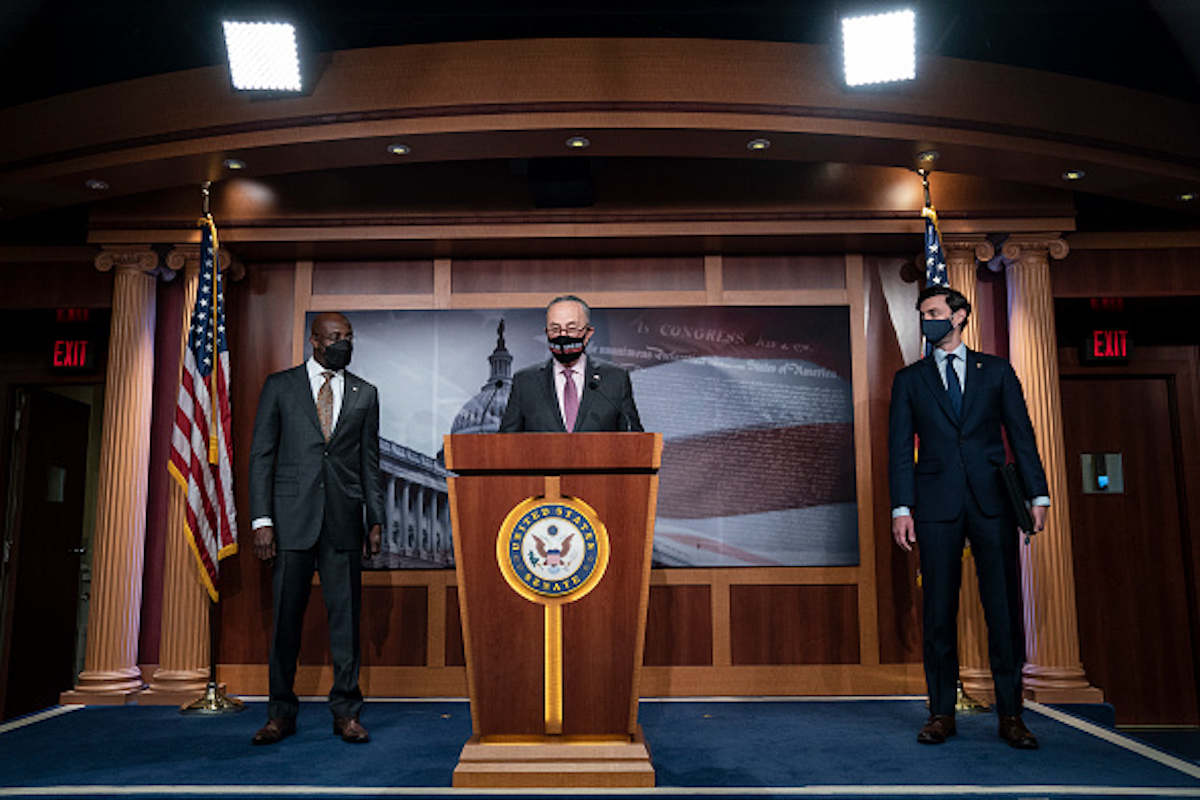 In early February, Schumer said that he believes Trump will be convicted, but left open the possibility of having him censured if things go sideways for Democrats. (RELATED: Here’s The Schedule For Trump’s Impeachment Trial)

Other Democratic senators, including Democratic Virginia Sen. Tim Kaine and Democratic Connecticut Sen. Richard Blumenthal, have reportedly floated the idea of using the amendment to bar Trump from office.