Biden said the call was a “good conversation,” according to a pool report. Netanyahu described the call as “friendly and warm” on Twitter, adding that it lasted about an hour.

“The two leaders noted their long-standing personal connection and said they would work together to further strengthen the strong alliance between Israel and the United States,” he added.

“The President affirmed his personal history of steadfast commitment to Israel’s security and conveyed his intent to strengthen all aspects of the U.S.-Israel partnership, including our strong defense cooperation,” a White House readout of the call said. “Together, the leaders discussed the importance of continued close consultation on regional security issues, including Iran. The President emphasized U.S. support for the recent normalization of relations between Israel and countries in the Arab and Muslim world.”

“He underscored the importance of working to advance peace throughout the region, including between Israelis and Palestinians. Together, they affirmed their shared interest in continued strategic cooperation to confront the many challenges facing the region,” it concluded. (RELATED: Biden Administration To Keep US Embassy In Jerusalem) 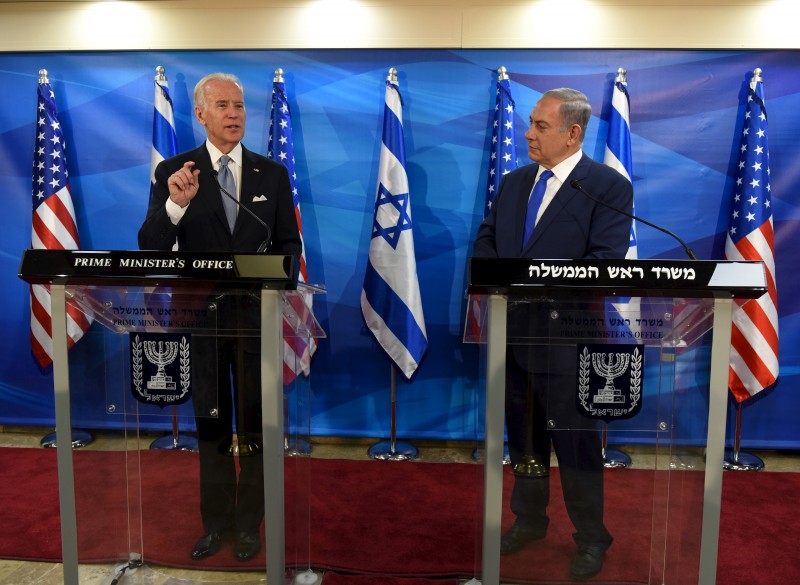 Critics, such as Israeli Ambassador to the United Nations Danny Danon, said the call should have taken place earlier. White House Press Secretary Jen Psaki said Tuesday that the administration was not intentionally ignoring the Israelis and that Biden’s upcoming call with Netanyahu was the first with any leader in the Middle East.

“Israel is, of course, an ally,” Psaki said during Tuesday’s briefing. “Israel is a country where we have an important strategic security relationship and our team is fully engaged, not at the head-of-state level quite yet but very soon.” (RELATED: Israel Threatens Military Action Against Iran If US Rejoins Nuclear Deal)

Since Biden has taken office, National Security Advisor Jake Sullivan, Secretary of State Antony Blinken and Secretary of Defense Lloyd Austin have all spoken with their Israeli counterparts, the White House announced.