The Los Angeles Unified School District will cut one third of its police positions and will replace them with “climate coaches” after months of calls from activists to defund the police program, numerous sources reported.

The second-largest public school in the country approved a plan Tuesday to cut 133 police positions and divert $25 million to programs supporting students of color. Several school districts across the country responded to the death of George Floyd in May by rethinking school safety and the role of police on campuses, The New York Times reported, including the Oakland Unified School District located north of Los Angeles. 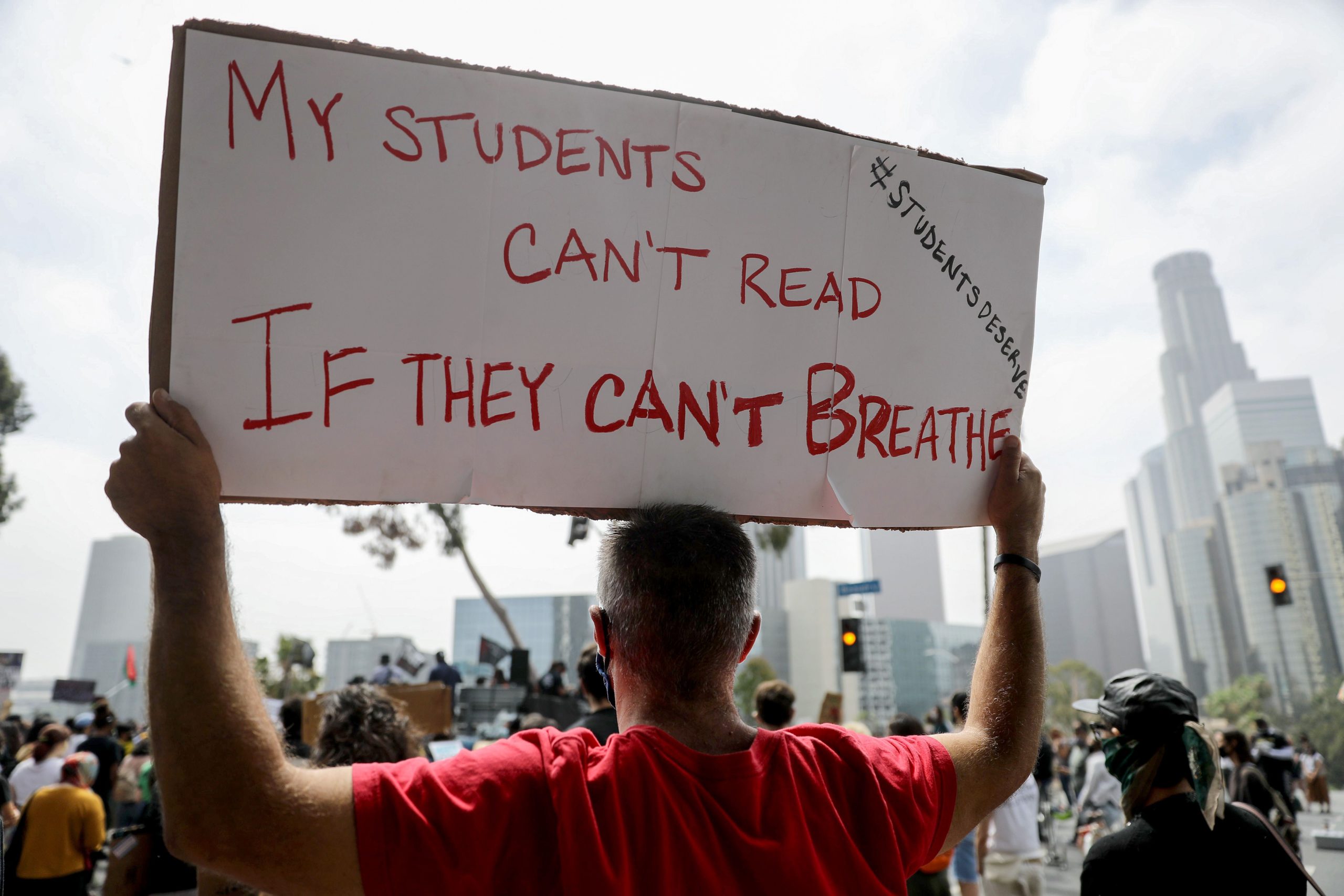 The officers will be replaced with “climate coaches,” who will be responsible for mentoring students, resolving conflicts, and addressing implicit bias.

Floyd died after a former Minneapolis police officer knelt on his neck for nearly nine minutes during an arrest in May 2020, video shows. Floyd repeatedly told the officers that he couldn’t breathe.

Activists and teachers unions in Los Angeles cheered the school board’s approval of the proposal in June to defund the school’s police. United Teachers Los Angeles called the effort a “huge first step in the campaign for police-free schools and ground-breaking in terms of our movement for supporting Black lives in our schools.” (RELATED: LA Teachers Union Demands Defunding Of Police, Medicare-For-All And Ban On New Charter Schools As Conditions For Reopening Schools)

The vote in June prompted the resignation of 20 officers and Chief Todd Chamberlain. The plan eliminates 70 sworn officers, 62 nonsworn officers, and one support staff member, leaving the district of 650,000 students with 211 officers, according to the Times. Campus police will still be available for emergencies.

Chamberlain said that he could not “support modifications to my position, the organization and most importantly, the community — students, staff and families — that I believe will be detrimental and potentially life-threatening,” ABC 7 reported in July.

The $25 million will instead go to a black student achievement plan to expand counseling and promote inclusion and curriculum changes.

The proposal divided school board members. While some pushed to defund the district’s police force and give more funding to programs that aid black students, others expressed concern over school safety with a smaller police presence. 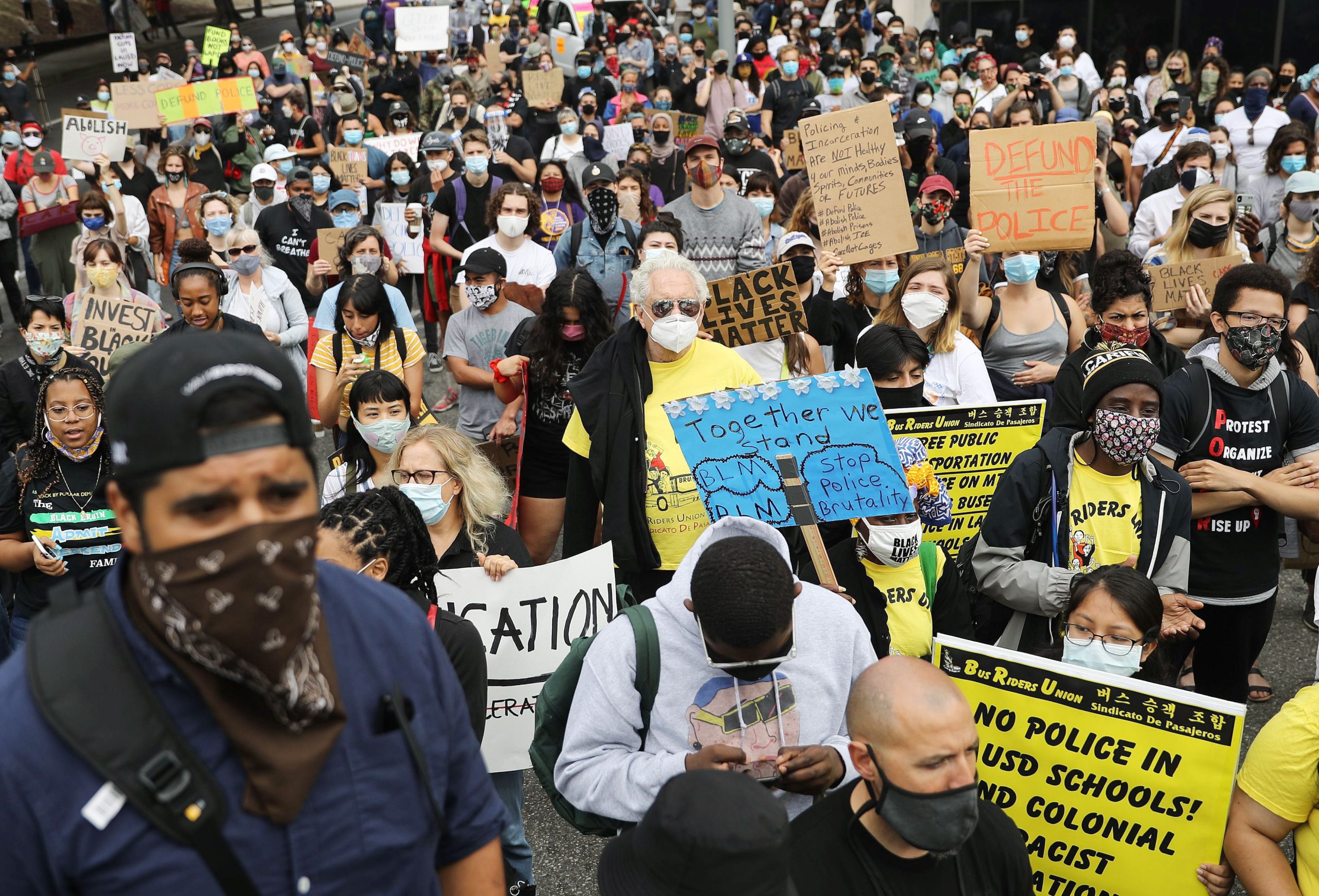 “This is a big undertaking and required a lot of coordination,” Kelly Gonez, a board member, said, according to the Times.“But I know we know and all believe that our Black students are certainly worth this effort.”

“Parents expect us to have safe schools, and if you think the police are the problem, I think you got a problem yourself,” George McKenna, another board member, said.

A majority of the district’s parents, students, and school staff responded to a previous survey saying that they felt police made schools safer, but 50% of black parents had a positive view of the school police while only 35% of black students said the police made them feel safer, according to the Times.

Critics of the district’s police noted incidents where students were pepper sprayed. Between the 2018 and 2019 school year, the district reported that its officers used pepper spray in 11 incidents, seven involving students, according to the Los Angeles Times.

During that school year, the district’s police also investigated 131 mass shooting threats, four bomb threats, and 77 assaults with a deadly weapon. There were nearly 300 campus lockdowns, more than half from an off-campus threat.

The police were also called 321 times for burglaries, and there were five reported rapes and four guns recovered within the district.