Two women were caught after they reportedly dressed up as old ladies in an attempt to get the coronavirus vaccine in Florida.

A 44-year-old and 34-year-old went to the Orange County vaccination sight on Wednesday donning bonnets, gloves and glasses in an attempt to disguise themselves as eligible vaccine candidates, according to CNN.

Dr. Raul Pino from the Department of Health in Orange County said the duo was caught as they tried to get their second shot, according to Click Orlando. (RELATED: ‘Vaccine Tourism’: State ID Or Utility Bill Will Be Required For COVID-19 Vaccine In Florida)

“We haven’t had any lack of willing arms to get vaccinated. We also have people faking to be old to be vaccinated,” Pino said on Thursday, according to the report. “So yesterday we realized a couple of young ladies came dressed up as grannies to get vaccinated for the second time, so I don’t know how they escaped the first time but they came (to get) vaccinated.”

“It’s kind of hilarious to a sense, but it’s also disappointing because they are taking the place that someone else could, in much higher need, could have had that place,” he added. 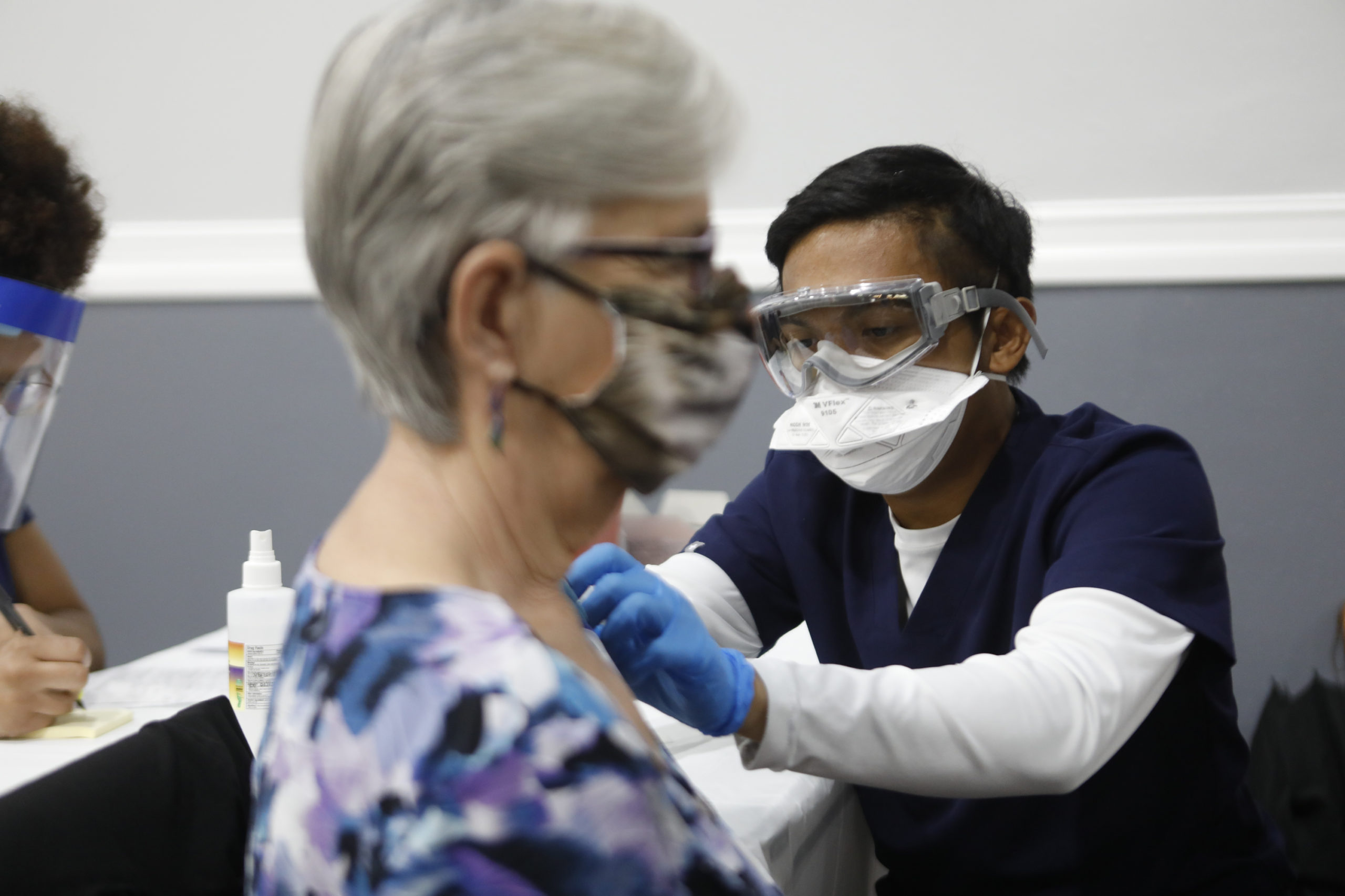 Pino said he was unsure how the duo managed to get the first shot to begin with but when they showed up Wednesday they had a valid vaccination card, according to Click Orlando.

The Orange County Sheriff’s Office responded to the situation and issued trespass warnings to both women, police confirmed to the Daily Caller. Authorities said the women’s real names were on the vaccination cards but the dates of birth were incorrect.

The Daily Caller reviewed body-cam footage from responding officers showing two women receiving trespass warnings. Both women were wearing glasses, though it is unclear whether that was part of their alleged disguise.

“You know what you have done? You’ve stolen a vaccine from somebody that needs it more than you,” one officer could be heard saying in the footage. The officer called the act selfish.

“It’s ridiculous that you’re here right now,” the same officer could be heard saying moments later when the two women were informed that they are not allowed back on the property again.

“So part of the findings that we have to do is were they really vaccinated by us, when (they were) vaccinated, what happened, what date, what time to try to figure out if there are any holes, loopholes, in the process that are allowing people to do that,” Pino said, according to the report.

Pino reportedly said that security has been increased at the site due to “weird things happening.”

“We have seen an increase in weird things happening and people walking in suspicious, people monitoring the site. So that’s why we requested additional security that was provided and we installed cameras and other security features in the vaccine room,” Pino said, according to Click Orlando.

The site administers approximately 2,500 shots each day to those 65 and older or health care workers, according to the report.

As of Feb. 18, Florida has administered 3,783,965 doses of the vaccine, according to the Department of Health.

The Daily Caller has reached out to the Orange County Department of Health but did not receive a response at the time of publication.