President Joe Biden hasn’t thrown his weight behind the Amazon unionization effort in Alabama despite growing pressure from progressives.

Biden received the support of key labor unions during his 2020 presidential campaign, has endorsed a range of pro-union policies and has repeatedly said all Americans deserve the choice to join a union. But the president has stayed away from commenting on the unionization effort taking place in the Amazon warehouse in Bessemer, Alabama.

The Alabama Amazon workers first filed notice of a vote to form a union in November in an attempt to become the first unionized workers in the company. If the unionization vote passes, the warehouse workers would become members of the RWDSU. (RELATED: Corporations That Support The $15 Minimum Wage Can Afford It. Here’s Who Can’t) 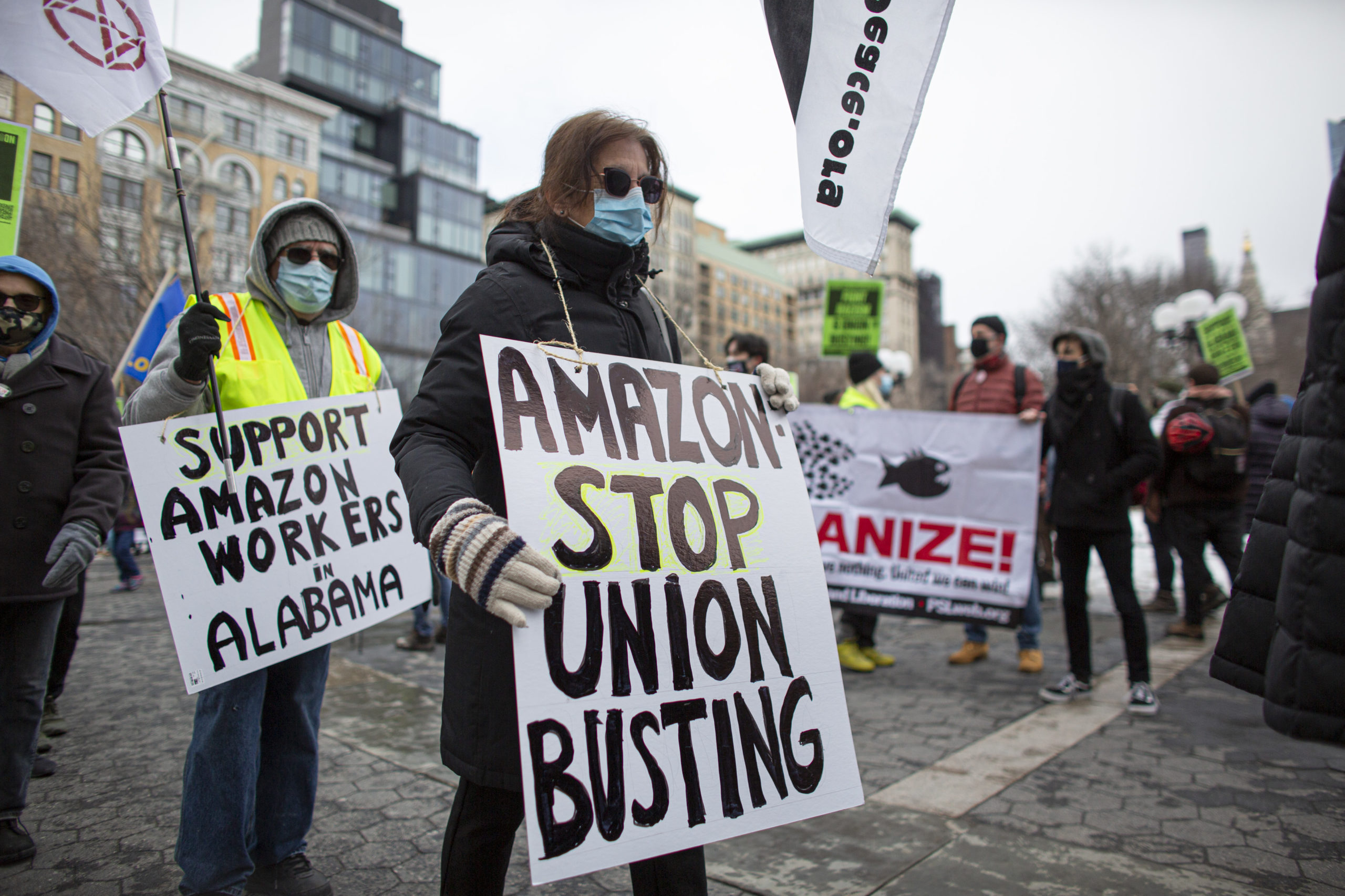 People hold placards during a protest in support of Amazon workers in New York City on Saturday. (Kena Betancur/AFP via Getty Images)

Appelbaum said in early February that he and other RWDSU representatives spoke with a senior White House adviser about the union’s effort in Alabama, Reuters reported. A White House spokesperson told Reuters after the meeting that Biden remains supportive of union organizing, but declined to speak about Amazon.

“We wanted to inform the White House that this campaign was taking place and that they would be hearing about it… we did not make any specific request,” Appelbaum said about the meeting, according to Reuters.

Progressive leaders have urged Biden to endorse the unionization campaign, according to HuffPost. Erica Iheme, a leader of the Alabama-based Jobs to Move America said this is the president’s opportunity to establish where the administration stands on collective bargaining.

“This is his opportunity to put a stake in the ground,” Iheme said, according to HuffPost.

Joseph Geevarghese, the executive director of progressive organization Our Revolution, told HuffPost that it’s important for Biden to endorse the effort because it’s “bigger than Amazon.”

Meanwhile, Amazon has fiercely advocated against its Bessemer employees unionizing, according to The Washington Post. The company has reportedly posted fliers around the facility, including in bathrooms, attempting to convince workers to vote against unionization.

The National Labor Relations Board will certify the Alabama workers’ proposed union if a simple majority of the workers vote in favor of it during the election. Voting in the facility began on Feb. 8 and will last until the end of March.