Former Republican Georgia Sen. David Perdue announced Tuesday that he will not run for Senate in 2022, something he had been considering since he lost his runoff election on Jan. 5.

Perdue announced in early February that he was considering a run against Democratic Georgia Sen. Raphael Warnock in 2022 after he filed forms with the Federal Election Commission (FEC) to indicate that he might again run for Senate in Georgia. However, Perdue said Tuesday that he has made the decision not to run.

“After much prayer and reflection, Bonnie and I have decided that we will not enter the race for the United States Senate in Georgia in 2022,” Perdue said in a statement. 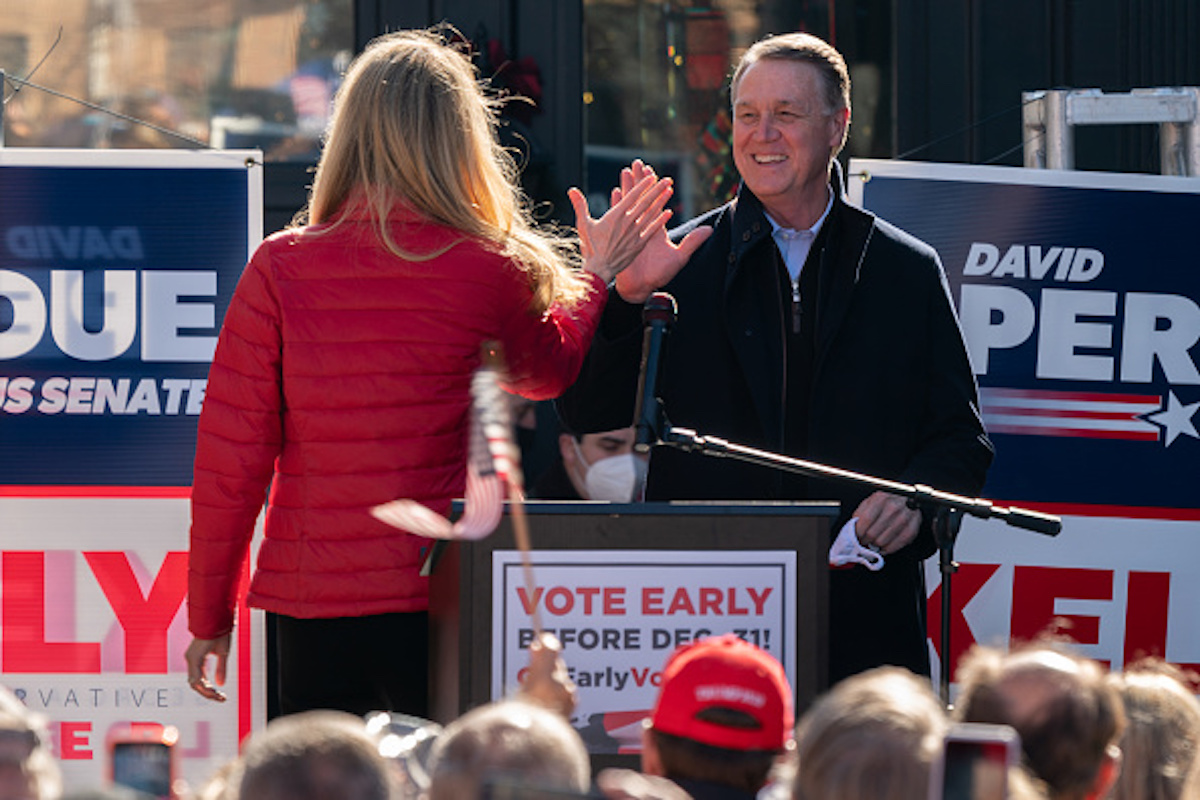 Senators Kelly Loeffler (R-GA) and David Perdue (R-GA) high five each other as Perdue takes the stage to speak during a campaign event on December 21, 2020 in Milton, Georgia. (Photo by Elijah Nouvelage/Getty Images)

“This is a personal decision, not a political one. I am confident that whoever wins the Republican Primary next year will defeat the Democrat candidate in the General election for this seat, and I will do everything I can to make that happen,” Perdue added. “As we saw in my race in November, Georgia is not a blue state. The more Georgians vote, the better Republicans do. These two current liberal US Senators do not represent the values of the majority of Georgians.” (RELATED: David Perdue Explains Reasoning Behind Potential Senate Run In 2022)

A source familiar with Loeffler’s thinking then confirmed to the Daily Caller that she is considering a run for Senate in 2022.