Democratic New York Gov. Andrew Cuomo’s approval ratings plummeted after it was reported that state officials covered up how many people had actually died of coronavirus in nursing homes, a new poll found.

60% of New Yorkers said that there was wrongdoing in how Cuomo handled nursing homes during the pandemic, a Marist Poll that was released Tuesday found. The poll’s results were first reported by the New York Post.

41% of respondents said that the governor’s handling of nursing homes was unethical but not illegal, and 19% said that Cuomo has done something illegal, the poll found. Just 27% of New Yorkers said that they think Cuomo has not done anything wrong. (RELATED: New York Legislature ‘Inching Toward’ Impeachment Probe Of Cuomo, Democratic Assemblyman Says)

In July, 60% of voters said that the governor was doing an excellent or good job in office – by February, that number had dropped to 42%. 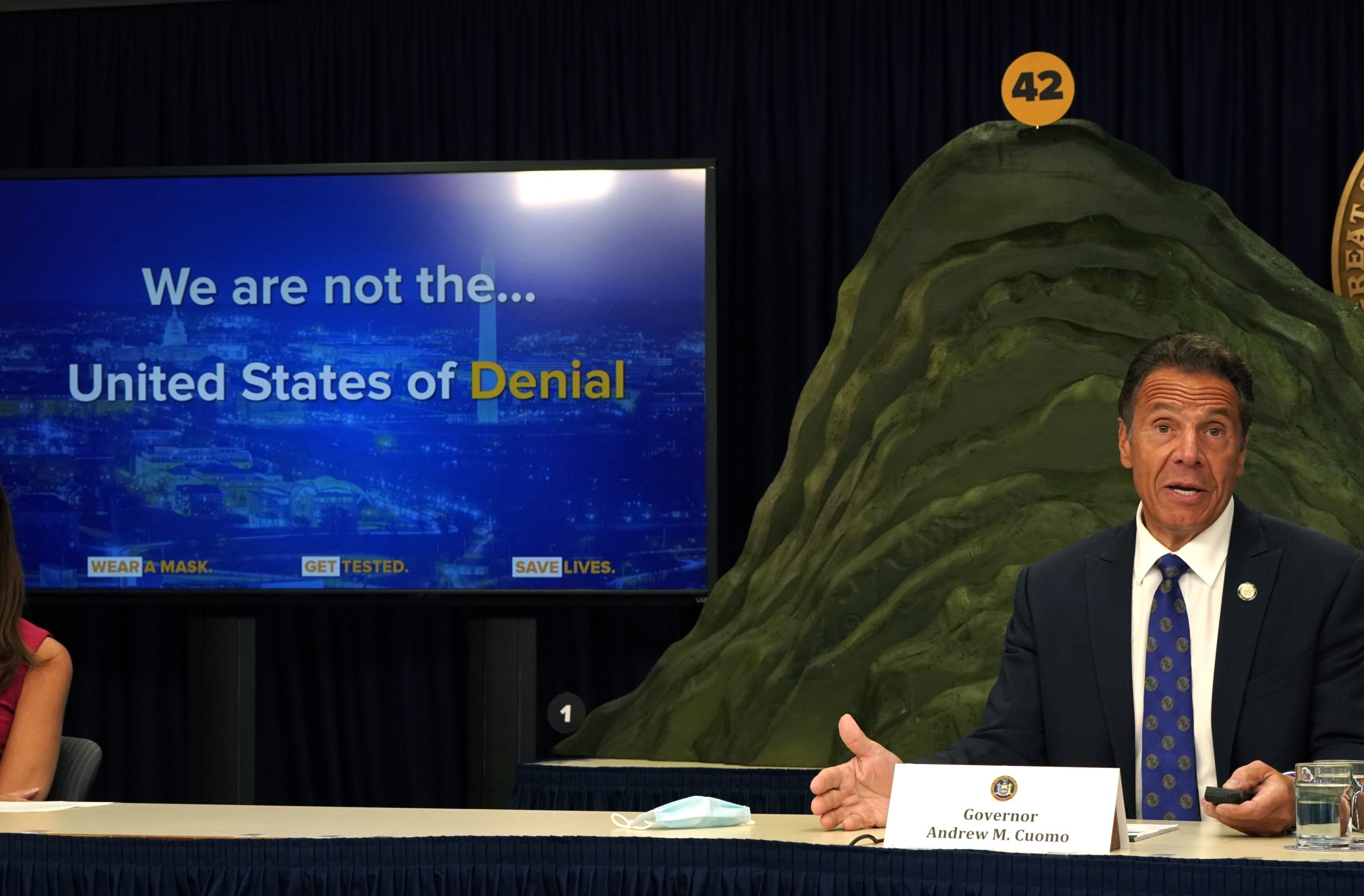 New York Governor Andrew Cuomo speaks at a news conference on July 6 ,2020 in New York City where he announced that President Donald Trump is enabling the coronavirus pandemic by not wearing a mask and downplaying the problem. (Photo by Timothy A. Clary/AFP via Getty Images)

A Feb. 11 report from the New York Post revealed that Cuomo’s administration hid the true number of coronavirus-related deaths in nursing homes in fear that federal prosecutors would use those numbers against them. Secretary to the Governor Melissa DeRosa reportedly admitted that the administration withheld the true number of deaths during a video call with New York state Democratic leaders.