“They have money for transit projects and bridges and language preservation, billions for people who are in our country illegally. I am all for spending additional monies to combat the coronavirus. But this bill isn’t it,” Kennedy continued, noting that President Joe Biden also wants to spend $3 trillion on “green infrastructure.” (RELATED: John Kennedy Decries Continued National Guard Presence: ‘Like A Scene From Mad Max’)

The senator quipped that Biden administration seems to live by the motto of “we can’t spend too much. Any fair-minded person knows that’s a very superficial, desultory, almost infantile approach. Either that or the people advising president Biden have an opium habit.”

President Joe Biden’s stimulus package offers $1,400 direct payments to those Americans earning $75,000 or less or $2,800 to married couples with a combined salary of $150,000 or less. There are also $1,400 payments for each child living with a parent. It also includes an order to legislate a $15 federal minimum wage.

Kennedy argued that “any fool can spend money” but the trick is to know “what you spend it on” while noting that the federal government should be focused on reopening the nation’s schools.

“If I were king for a day — and I’m not, don’t aspire to be — I would call a press conference this afternoon and announce to all of our school boards, ‘I want you to open your schools … ‘ There is nothing more important that we can do for the future of this country,” Kennedy said.(RELATED: ‘It’s A Trillion Dollars For God’s Sake’: John Kennedy Defends Stimulus Bill) 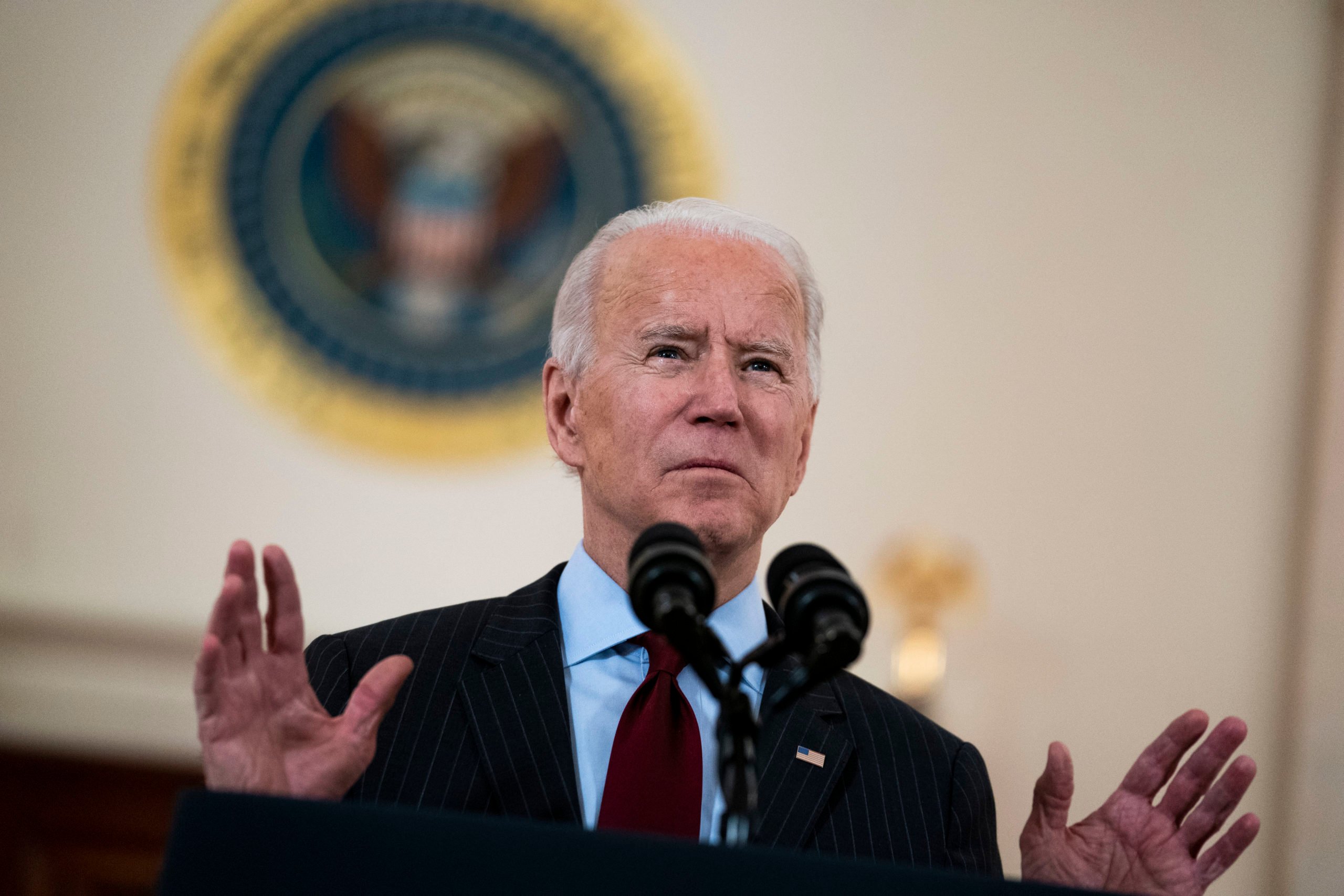 President Joe Biden delivers remarks on the more than 500,000 lives lost to COVID-19 in the Cross Hall of the White House February 22, 2021 in Washington, DC. Also on hand for the ceremony were first lady Jill Biden, Vice President Kamala Harris and husband Doug Emhoff. (Photo by Doug Mills-Pool/Getty Images)

The senator noted that schools have already been provided with $70 billion and have only spent $4 billion. “So why are we giving them hundreds of billions of dollars more?”