Romney, who voted in favor of convicting Trump in both of his impeachment trials in the Senate, said he has looked at polling and believes Trump would win the Republican Party nomination if he runs in 2024, adding that he is not sure if he will.

“I expect he will continue playing a role. I don’t know if he’ll run in 2024 or not. But if he does, I’m pretty sure he will win the nomination,” Romney said in a New York Times-DealBook virtual interview.

“I look at the polls,” Romney said. “And the polls show that among the names being floated as potential contenders in 2024, if you put President Trump in there among Republicans, he wins in a landslide.” 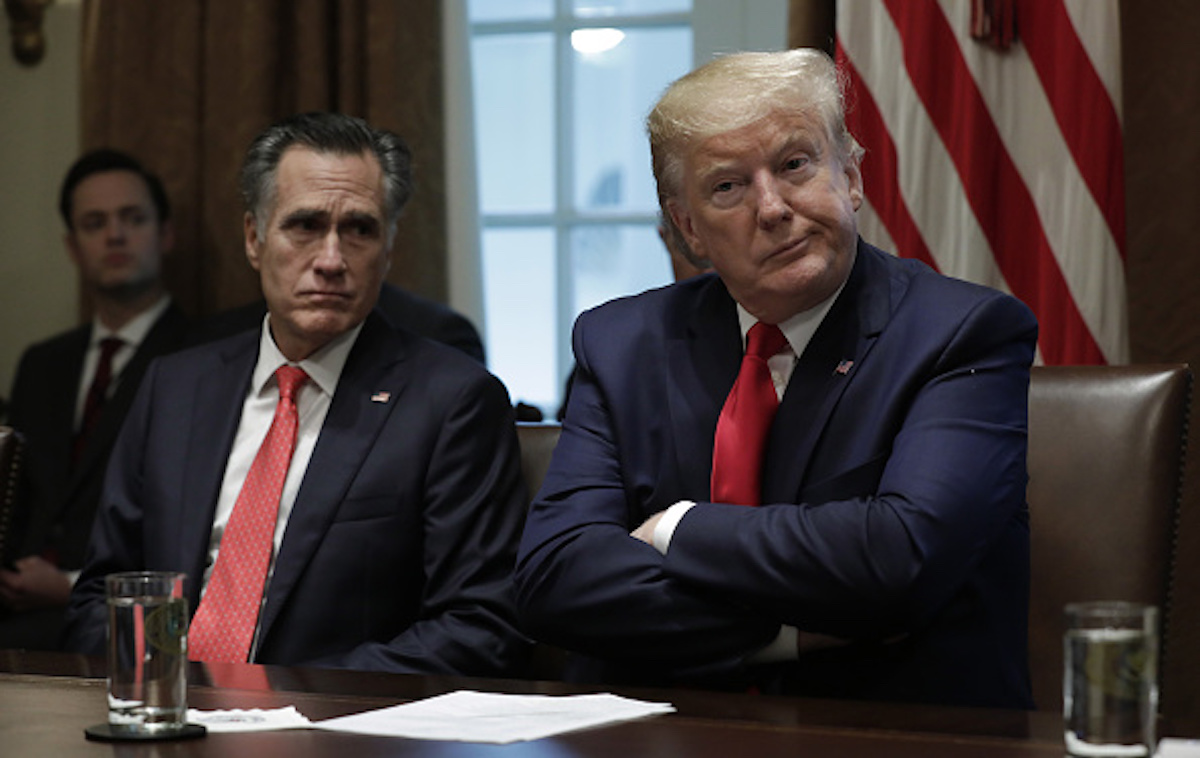 Senator Mitt Romney, a Republican from Utah, and U.S. President Donald Trump, right, participate in a listening session on youth vaping and electronic cigarettes in the Cabinet Room of the White House in Washington, D.C., U.S., on Friday, Nov. 22, 2019. (Photographer: Yuri Gripas/Abaca Press/Bloomberg via Getty Images)

Trump remains the favorite among Republican voters to be their party’s nominee in 2024, according to a Politico/Morning Consult poll released on Feb. 15. (RELATED: Trump Remains The Overwhelming GOP Favorite For 2024, Poll Shows)

Trump left open the possibility that he run again for president in 2024 during a Feb. 17 interview on Newsmax.