Two protesters were shot in the chest with rubber bullets and another sustained a leg injury, the Associated Press reported. Security forces deployed flashbang grenades and other munitions at a crowd of protesters gathered on a road near a park.

Residents found bullets, shell casings and projectiles on the streets and showed them to journalists, the AP reported. The injured were treated at a private clinic and the man who sustained a leg injury was seen in a cast from his foot to his knee. 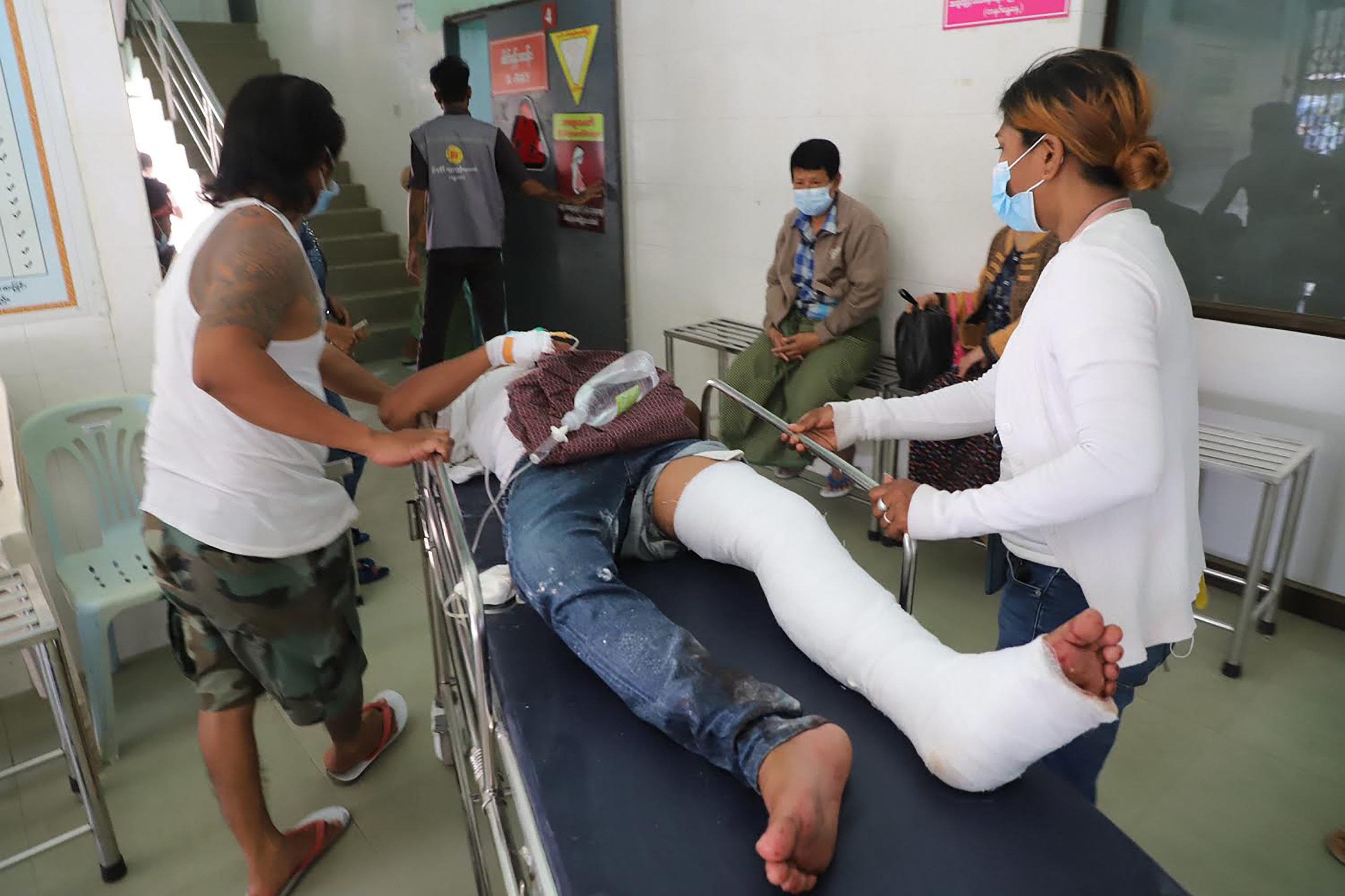 Medical workers treat a man with injuries from live bullets fired by police during a demonstration against the military coup, at a clinic in Mandalay on February 26, 2021. (Photo by STR/AFP via Getty Images) 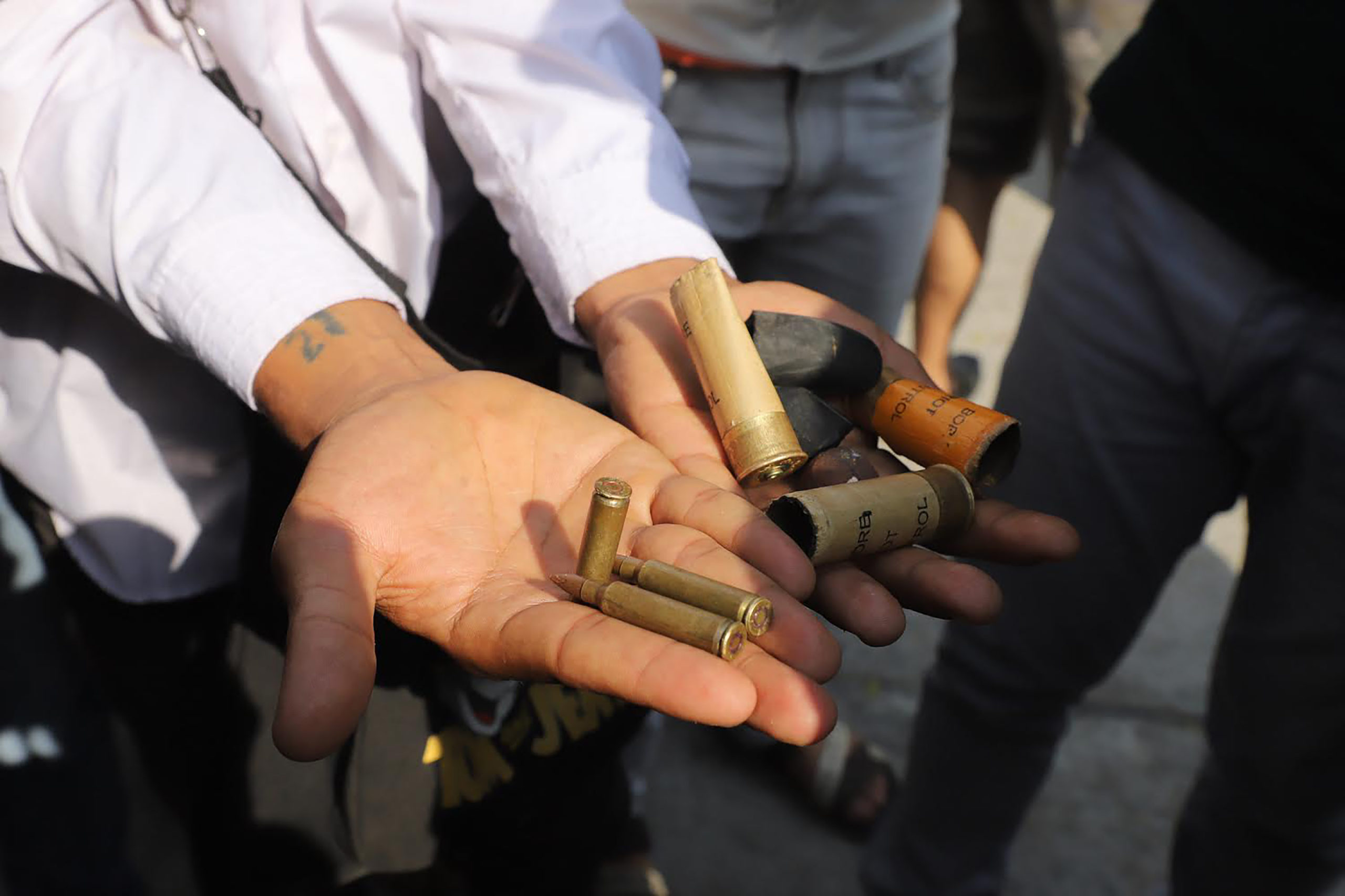 A protester holds bullet cartridges and ammunition for slingshots after security forces fired on demonstrators at a rally against the military coup in Mandalay on February 26, 2021. (Photo by STR/AFP via Getty Images)

Security forces fired off warning shots and hit their shields with batons while dispersing over 1,000 protesters earlier in the day Friday, the AP reported. Demonstrators were gathered outside a shopping mall chanting anti-coup phrases while security forces moved into the area with a water cannon.

Warning shots were fired as 50 riot police attempted to disperse the protesters while security forces chased demonstrators out of the area, the AP reported. (RELATED: Thousands Protest In Myanmar Despite UN Official’s Warning Of A Potential Military Crackdown)

Supporters of the military coup attacked protesters with slingshots, metal rods and knives earlier on Thursday in Yangon while police forces stood by, the AP reported. Police forces responded in force to a neighborhood after deploying flashbangs and arresting several people who were protesting the military appointment of a new ward administrator.