In the aftermath of the Jan. 6 Capitol riot, Former Sergeant at Arms Paul Irving recalled to House Admin how previous discussions with House Speaker Nancy Pelosi and her office factored in to his “blender of decision making,” according to three sources with direct knowledge of Irving’s talk with House Admin.

Pelosi’s office had previously impressed upon Irving that the National Guard was to remain off Capitol Grounds, Irving allegedly told House Admin. The discussions, which centered around “optics,” allegedly occurred in the months prior to the Jan. 6 riot, during a time when deployment of federal resources for civil unrest was unpopular with Democrats and many members of Congress.

The three sources who confirmed the discussion to the Daily Caller did so under the condition of anonymity, citing the fear of putting a chill on further witnesses to how the security situation unfolded Jan. 6. The discussion, if accurate, raises questions as to what role Pelosi’s office had in the security failures that resulted in the resignations of both Irving and former Chief of Capitol Police Steven Sund. Pelosi’s Deputy Chief of Staff Drew Hammill did not deny the allegations in a statement to the Daily Caller.

“The Speaker’s Office has made it clear publicly and repeatedly that our office was not consulted or contacted concerning any request for the National Guard ahead of January 6th. That has been confirmed by former Sergeant at Arms Irving in sworn testimony before Senate committees. The Speaker expects security professionals to make security decisions and to briefed about those decisions,” Hammill said.

“It is our understanding that Committee on House Administration Ranking Republican Member Davis was briefed in advance of January 6th about security preparedness, but took no action to address any security concerns that he might have had,” he concluded.

The Sergeant at Arms (SAA) is selected by the Speaker of the House and takes its direction from the Speaker. The Sergeant at Arms is one of the three officials that are voting members of the Capitol Police Board, the entity that oversees the United States Capitol Police. Former SAA Irving’s sworn testimony at Tuesday’s Senate hearing examining the Jan. 6 riot on the U.S. Capitol, raises additional questions on the exact timeline of events.

Irving testified that he first received a formal request from Sund to activate the National Guard after 2 pm on Jan. 6th. Additionally, when Missouri Republican Sen. Josh Hawley asked if he had to run the request “up the chain of command,” Irving replied “no,” in testimony before a joint Senate Homeland Security and Rules Committee. 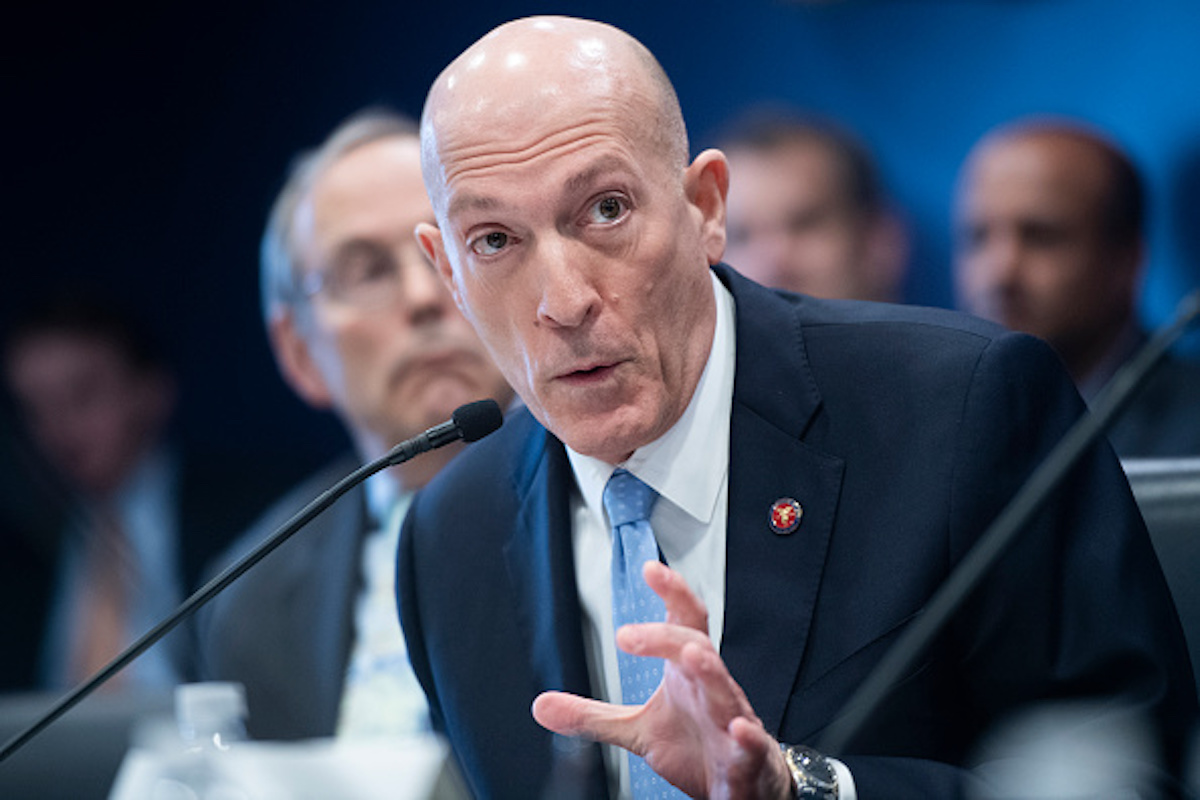 The New York Times previously reported that the Speaker’s office confirmed that the National Guard was approved around 1:43 pm. Sund said he sent a request for help from the National Guard to Irving around 1:09 p.m, according to CNN. Irving said he was contacted about the matter after 2:00 pm, Axios reported. Sources questioned how Irving got the request after 2 pm but Pelosi approved the request at 1:43 pm.

“If you believe Irving’s timeline that he testified under oath to, how could he ask for permission from the Speaker 20 minutes before he got the request?” One source familiar told the Caller.

“Also if you believe his sworn testimony that he never had to run the request up the chain, why did the Speaker’s office confirm he did just that?” the source continued. (RELATED: Pelosi Encourages Democrats To ‘Take Advantage’ Of Three Week Anniversary Of Capitol Riot By ‘Writing Their Story’ In Letter)

Another source familiar with conversations told the Caller, “Irving is covering for Pelosi. There’s no doubt.” (RELATED: Senate To Hold First Hearing About Capitol Riot ‘Security Failures’ With Police, Sergeant At Arms)

The Daily Caller contacted the SAA office about the exact details of the story, to which they did not respond.