The Senate plans on holding its first joint hearing Tuesday to look into the “security failures” which led to rioters breaching the U.S. Capitol building on Jan. 6.

During the hearing members of the Capitol Police and the Sergeant At Arms are expected to testify about the riot and what they knew beforehand and how they can prevent something similar from happening in the future. Senate Homeland Security Committee Chairman Gary Peters and ranking member Rob Portman joined with Senate Rules Committee Chairwoman Amy Klobuchar and ranking member Roy Blunt for the Feb. 23 joint hearing, Fox News reported.

The hearing comes after the four Senators and other committee leaders sent a letter on Feb. 8 to law enforcement agencies and departments requesting a list of answers about what they knew before the riot took place.

“The January 6, 2021 attack on our Capitol, one of the great symbols of American democracy, will forever be a stain on our Nation’s history. The attackers failed to disrupt the work of Congress, due in large part to the heroic acts of many officers and congressional staff. Nevertheless, the security failures that led to the breach endangered not just the Vice President and the Congress, but the peaceful, democratic transfer of power itself,” the letter states.

“The American people deserve a complete accounting of those failures. We respectfully request that you immediately arrange briefings with our Committees to provide all relevant information related to the attack on the Capitol, including all information known about potential violence prior to the attack, security precautions taken, and a detailed explanation of your agency’s or department’s security response,” the letter continues.

Metropolitan Police Department Chief Robert Contee, former Senate Sergeant-at-Arms and Doorkeeper Michael Stenger, former House Sergeant-at-Arms and former U.S. Capitol Police Chief Steven Sund and others were all invited to testify, it is not yet clear if any of them have accepted the invitations. 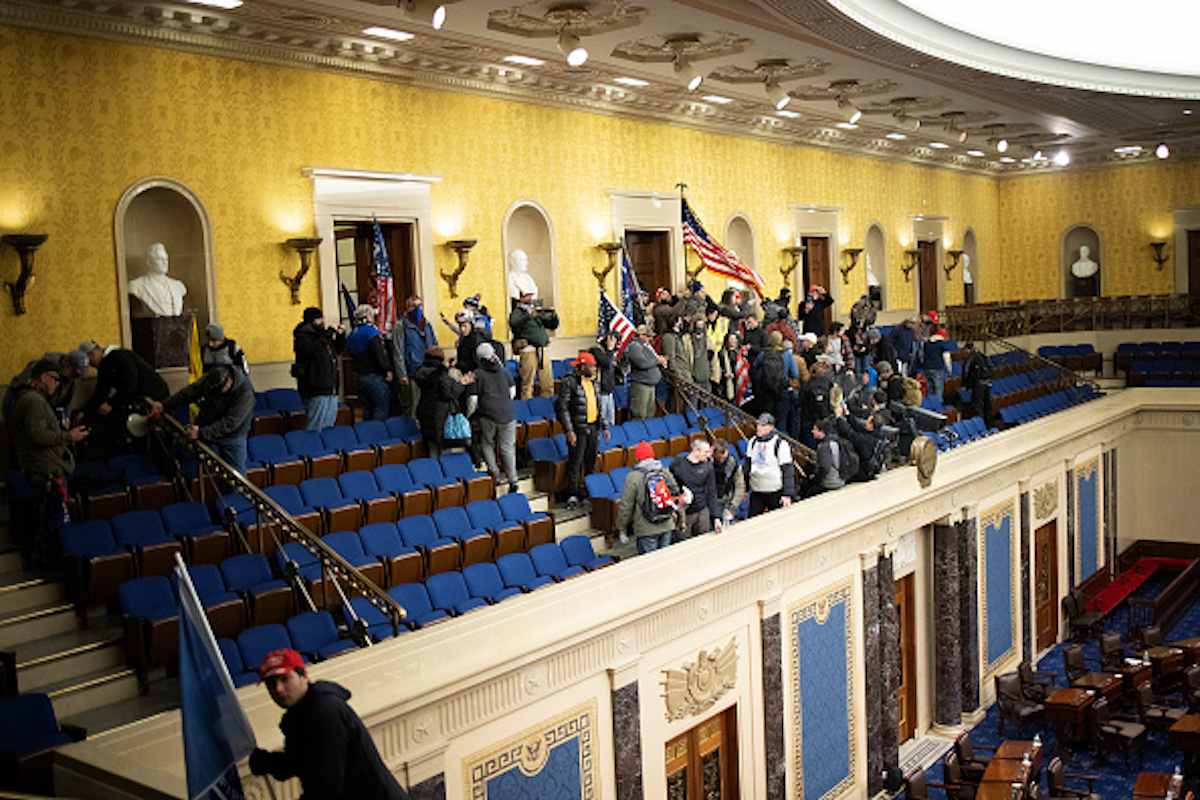 A pro-Trump mob gathers inside the Senate chamber in the U.S. Capitol after groups stormed the building on January 06, 2021 in Washington, DC. (Photo by Win McNamee/Getty Images)

Capitol police have since increased security around the Capitol building and there are still National Guard troops on the ground. Newly installed fencing and razor-wire are still up around the complex after the Capitol riot, where acts of vandalism and violence postponed the Electoral College certification process and forced members of Congress to evacuate the building. (RELATED: Pelosi’s Office Fires Back At House Republicans Demanding Answers On Security Leading Up To Capitol Riot)

Peter’s office did not immediately respond to the Daily Caller when asked who has agreed to testify at the hearing.