A Christian man convicted as a teenager in 2018 of insulting Islam was granted bail Monday by a Pakistani court, The Associated Press (AP) reported.

Nabeel Masih, who was 16 at the time of his arrest, was accused of blasphemy after he shared a picture on Facebook of Kaaba in Mecca, the holiest site in Islam that is located in Saudi Arabia. The Lahore High Court granted Masih bail after more than four years after his arrest, his lawyer, Naseem Anjum, said, according to the AP. 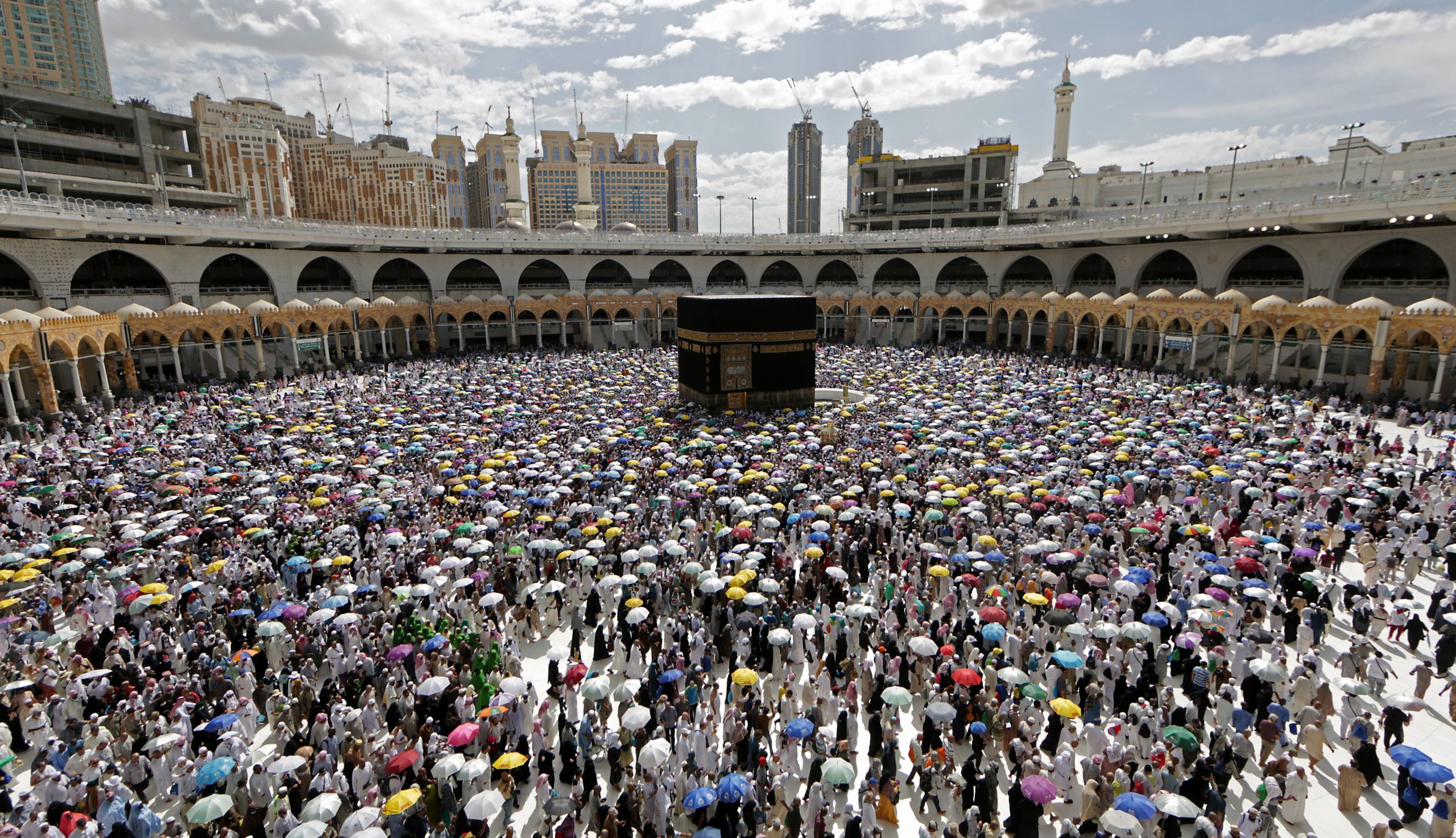 Masih became the youngest blasphemy convict in Pakistan in 2018, when he was sentenced to 10 years in prison. In September 2016, police arrested Masih after a mob accused him of blasphemy. The police reportedly said they removed the allegedly blasphemous image from Facebook to prevent further violence, although the removal of the image made it difficult to determine whether Masih posted the photo himself or was just tagged in it, according to the U.S. Commission on International Religious Freedom.

Anjum said he would “continue this legal fight” for his client’s acquittal and was trying to quickly complete the paperwork to free Masih, according to the AP.

The British Asian Christian Association, which has supported Masih’s legal battle, called on Christians to pray for Masih, especially as he faces the complications that come with losing “many of his important years of development,” the AP reported. The organization said Masih should be compensated for his false conviction.

Human rights groups have criticized Pakistan’s blasphemy laws for being used to intimidate religious minorities and to settle personal scores.

Weeks prior to the sentence, Tahir Naseem, a Pakistani-American, was shot dead in the courtroom while being tried for blasphemy in the city of Peshawar. The teenager who shot the man said he killed him for insulting Muhammad, according to Reuters, and was arrested and glorified as a “holy warrior” by supporters in Pakistan and Islamists who demanded his release. 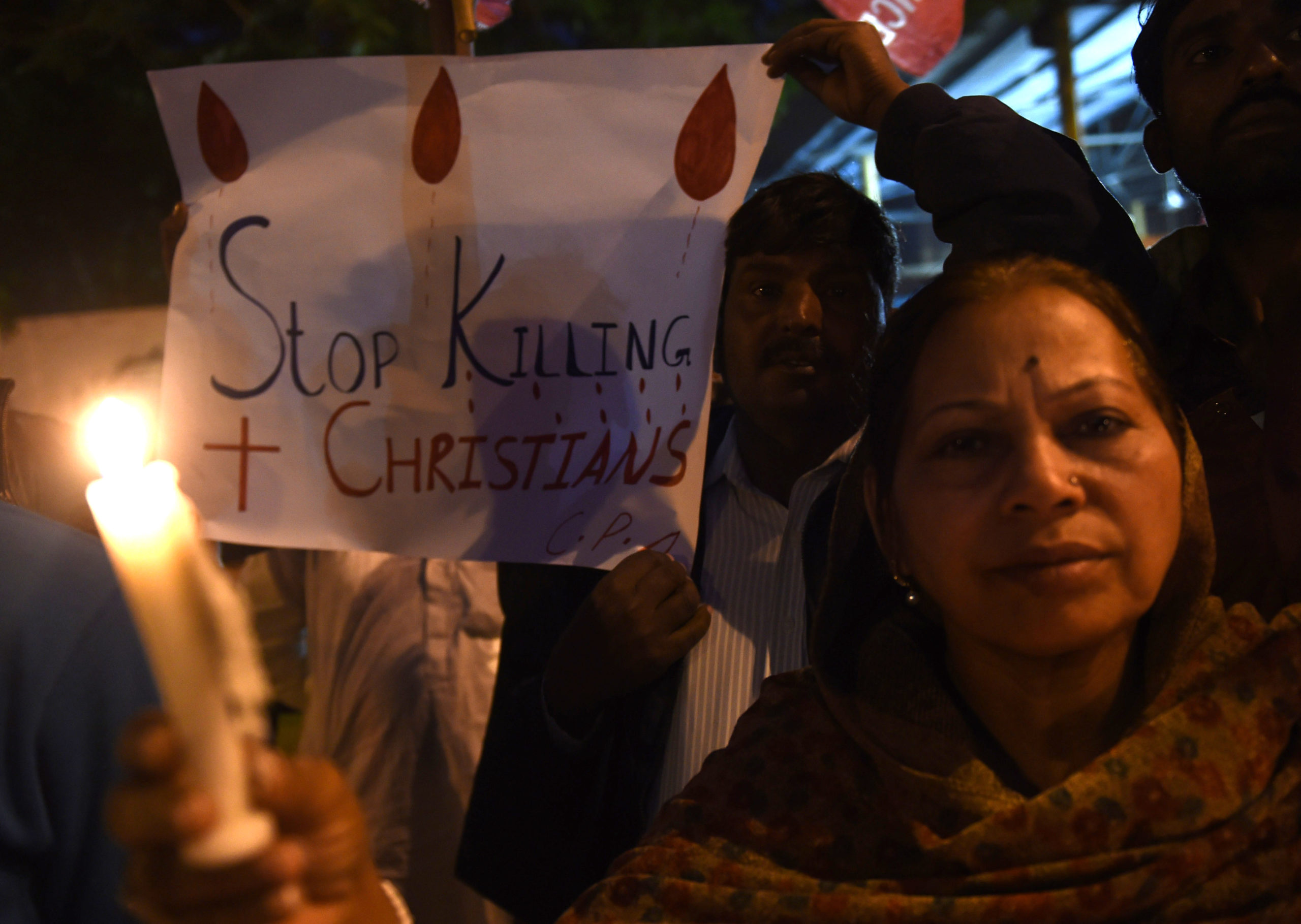 Pakistani Christians hold banners and lighted candles during a protest in Karachi on December 17, 2017, after a suicide bomber attack on a church in Quetta.
(RIZWAN TABASSUM/AFP via Getty Images)

According to Open Doors USA, an advocacy group for persecuted Christians internationally, persecution against Christians in Pakistan is extreme and subject to “Islamic oppression.” Christians make up roughly 1.6% of the total population of Pakistan, according to Global Religious Futures by the Pew-Templeton Project. Often, Christians are treated as second-class citizens regardless of whether they are poor or middle-class. 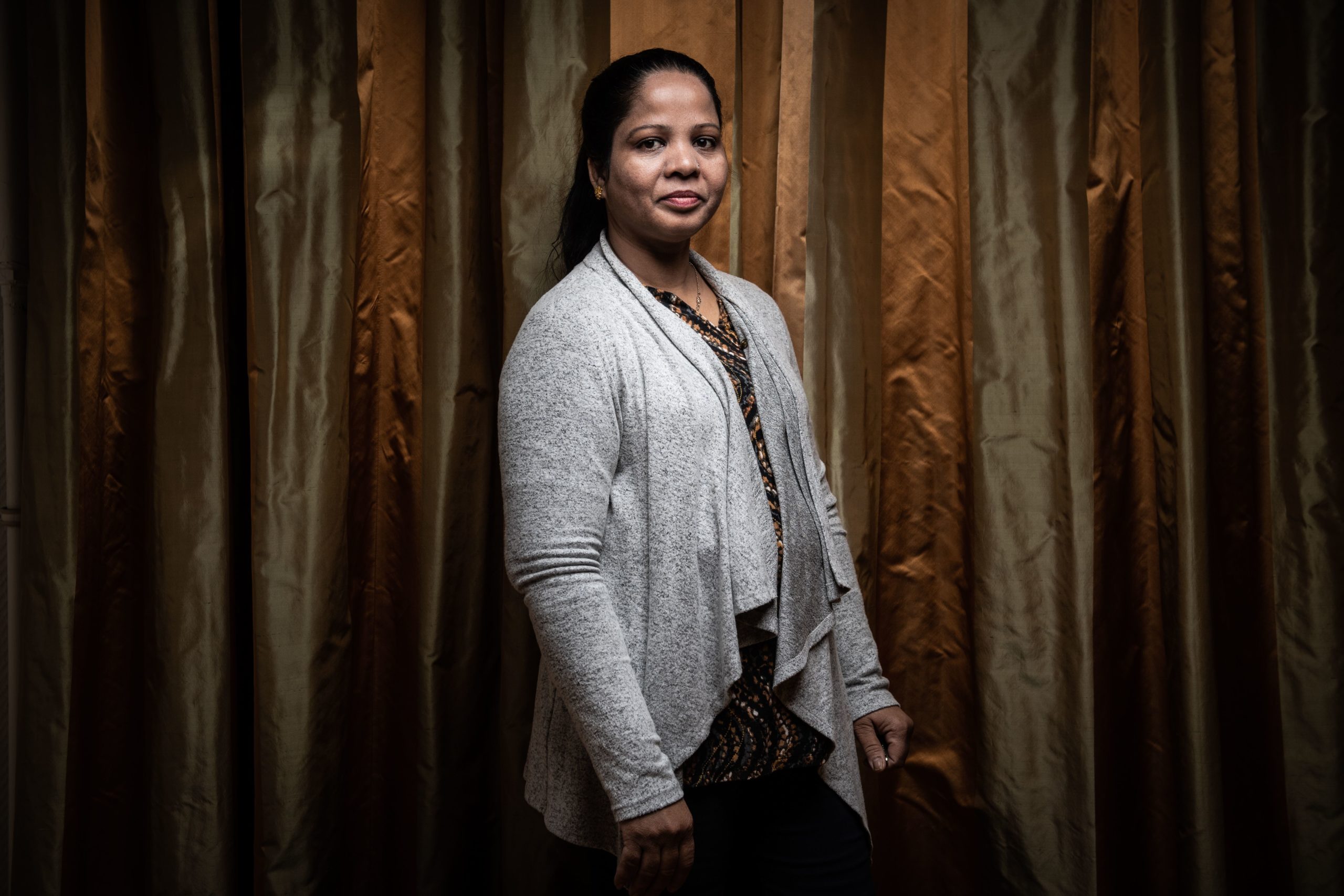 Asia Bibi from Pakistan, poses during a photo session in Paris, on February 25, 2020. (Photo by MARTIN BUREAU/AFP via Getty Images)

A Punjab governor was killed by his own guard in 2011 after defending Asia Bibi, a Christian woman who was accused of drinking from a well belonging to Muslim women. Bibi spent nearly a decade languishing in a Pakistani prison after being accused of blasphemy against Muhammad, and was granted asylum in Canada in 2019.