The Senate will vote on President Joe Biden’s $1.9 trillion COVID-19 relief plan as soon as Wednesday.

Senate Majority Leader Chuck Schumer announced Monday that the Senate would be moving forward with the American Rescue Plan, which passed the House in a 219-212 vote Saturday with no Republican support. Schumer warned of “some late nights” in the coming days.

“The Senate will take up the American Rescue Plan this week. I expect a hardy debate and some late nights, but the American people sent us here with a job to do, to help the country through this moment of extraordinary challenge,” Schumer said on the Senate floor. 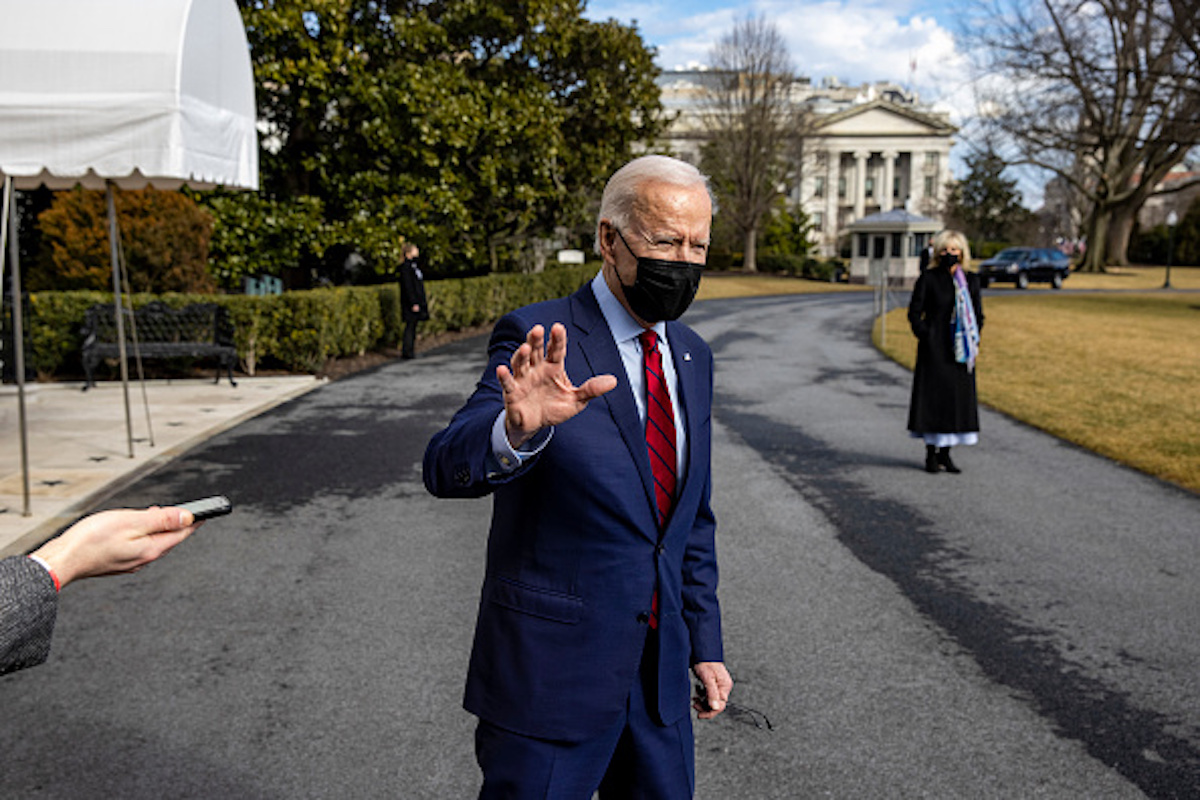 President Joe Biden speaks to the media at the White House before he walks to Marine on the south lawn on Feb. 27, 2021 in Washington, DC. President Joe Biden and first lady head to Wilmington, Delaware for the weekend. (Photo by Tasos Katopodis/Getty Images)

The proposal includes $1,400 relief checks for Americans and $350 billion for state, local and tribal government budgets. Democrats scrapped a plan that would have punished corporations that did not raise their minimum wage to $15 while rewarding small businesses that raise wages and will move forward without it. (RELATED: Democrats Reportedly Abandon ‘Plan B’ Minimum Wage Plan That Would’ve Punished Corporations, Rewarded Small Businesses)

The Senate parliamentarian ruled Wednesday that a $15 minimum wage provision could not be included in the relief package. The Senate will now have to make changes to the bill in order not to include language increasing the minimum wage to $15 per hour and will send it back to the House for a vote before they vote on it later this week.

No Senate Republicans are expected to vote in favor of the legislation, which means every Democrat will need to support it in order for it to pass.