A key trade group gave the U.S. a C- grade in its Wednesday quadrennial infrastructure scorecard report, a minor improvement compared to past grades.

The American Society of Civil Engineers’ (ASCE) grade reflects the status of U.S. airports, roads, waterways, bridges, dams, energy, parks, schools and other systems. While the grade suggests U.S. infrastructure is overall slightly below average, it reflects an improvement from past years.

Since 1998, ASCE has given the nation a D or D+ in all of its infrastructure reports.

“A C–, as you might imagine, is not something to be particularly proud of,” Thomas Smith, the executive director of the ASCE, told The New York Times. “There’s a great need for improvement.” (RELATED: Here’s How The Economy Could Be Rebuilt, According To Chamber Of Commerce, 140 Trade Groups)

A grade in the C range means the nation’s infrastructure was determined to be “mediocre” and requires attention due to general deterioration, according to the report. The grade indicates U.S. infrastructure has an increasing vulnerability to risk.

The ASCE gave each of the 17 categories it assessed an individual grade in the report. Rail infrastructure received a B, the highest individual grade, while roads, levees, dams, stormwater and transit each received a D, the worst grade given out by the group.

President Joe Biden’s administration, meanwhile, has been preparing a massive infrastructure package, which it intends to push after its $1.9 trillion coronavirus relief bill is signed into law. Biden has promised to pass a $2 trillion infrastructure bill, which would be more comprehensive and ambitious than anything any of his predecessors came close to accomplishing. 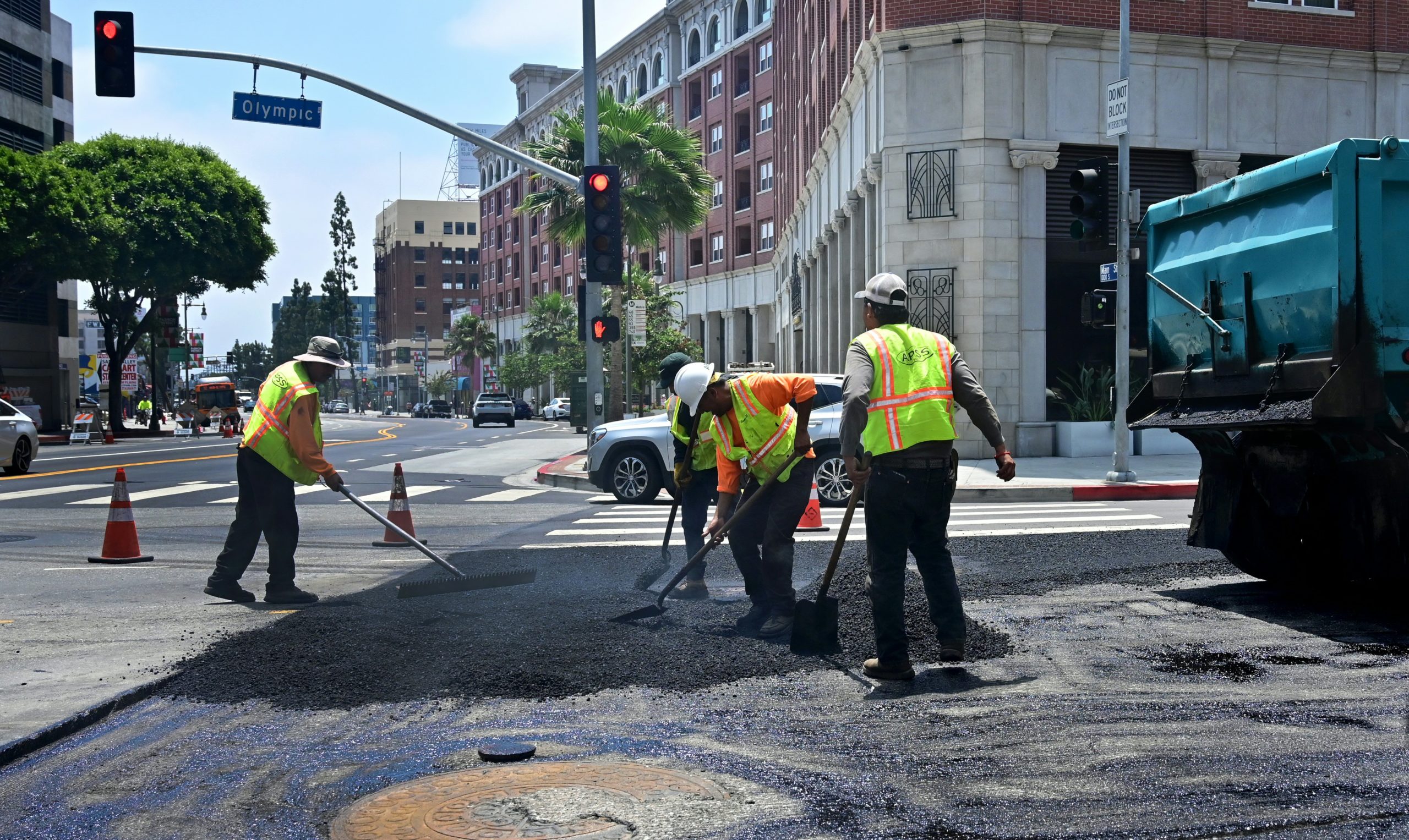 Workers resurface a road by pouring a new layer of asphalt in Los Angeles, California on June 24, 2019. (Frederic J. Brown/AFP via Getty Images)

“This administration can deliver policies and resources that will create jobs, rise to the climate challenge, and equitably serve all Americans, all while continuing to ensure the safety of travelers and workers alike,” Buttigieg said in his remarks, accepting the nomination to lead the Transportation Department.

“Americans shouldn’t settle for less than our peers in the developed world when it comes to our roads and bridges, our railways and transit systems,” he continued. “The U.S. should lead the way.”

The Chamber of Commerce formed a 310-member coalition in early January to push for a major infrastructure package. Infrastructure spending is the among the fastest ways for the government to spur economic growth, U.S. Chamber CEO Tom Donohue said in a statement.

The coalition urged Congress to “enact a fiscally and environmentally responsible infrastructure package as one of their first priorities.”