Chauvin, a former Minneapolis police officer, was charged with second-degree murder and second-degree manslaughter following an incident captured on camera in May which depicted him kneeling on Floyd’s neck for more than eight minutes.

Following Floyd’s death, violence erupted in numerous U.S. cities, including Minneapolis and St. Paul, causing damage to more than 250 buildings, including a police precinct. Within two months of the protests, rioting, and looting, 24 people were killed.  (RELATED: Over 250 Buildings Damaged Because Of Riots In Minnesota’s Twin Cities: Report)

Jones stated he was opposed to any kind of violence and asked supporters to pray and remain peaceful. “Do not result to looting or violence in any way, shape, or form,” Selwyn Jones told WCCO.

.@susanelizabethL talks to George Floyd’s uncle, Selwyn Jones — who has some surprising words to say about Derek Chauvin. | https://t.co/R3osKOtHaa pic.twitter.com/9QUnT8tdeN

“Imagine your sister’s son lying on the street and the world was watching,” Jones said about the footage of Floyd. “He goes from hollering, screaming, begging, pleading.”

Floyd can be heard to say “I can’t breathe” in the video, captured on May 26, as the officer knelt on his neck.

Jones told WCCO he’s not mad at Chauvin, and would like to see accountability. He said he was hoping there would be a plea bargain in the case so that there would be an admission of guilt.

“I’m not mad at Derek Chauvin,” Jones said. “I’m mad at how the system was invented. The system taught him how to do these things.” 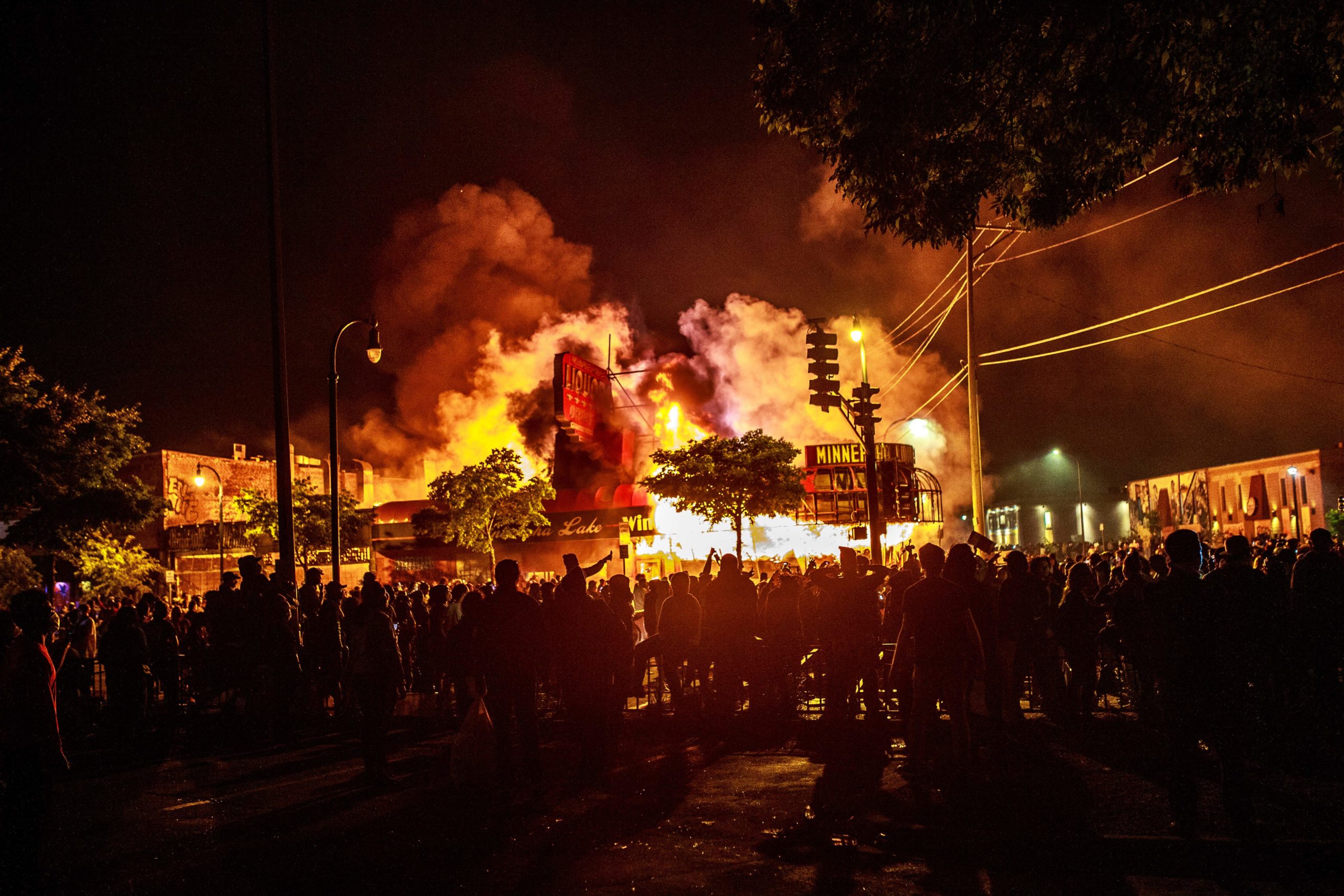 Protesters gather around a liquor store in flames near the Third Police Precinct on May 28, 2020 in Minneapolis, Minnesota. (Photo by KEREM YUCEL/AFP via Getty Images)

Minnesota was preparing for the trial, which will be held in-person, for more than a month. In early February, Democratic Minnesota Gov. Tim Walz signed an executive order to activate the state’s National Guard ahead of the trial. The executive order will also cover the August trials of three other former Minneapolis officers who are charged in the Floyd case.

“I want the court system to show [Floyd’s] life did matter, and not sentencing [Chauvin] to substantial prison time will show [that Floyd] was just another dead black dude,” Jones said.