West Virginia Democratic Sen. Joe Manchin said Sunday that he will insist President Joe Biden’s next big package be passed on a bipartisan basis, unlike the sweeping $1.9 trillion stimulus set to be signed into law this week.

In an interview with Axios, Manchin was optimistic that a bipartisan infrastructure and climate bill could pass, but reaffirmed that he would not support any efforts to bypass the 60-vote Senate filibuster.

“I’m not going to do it through reconciliation,” he said, referring to the legislative tool adopted to pass Biden’s relief package with a simple Senate majority. “I am not going to get on a bill that cuts [Republicans] out completely before we start trying.”

In a 50-50 Senate, just one Democratic defection could jeopardize any of Biden’s legislative goals if it fails to attract Republican support. On Friday, relief negotiations stalled for over nine hours after Manchin objected to Senate Democrats’ unemployment benefits proposal, though he and his caucus eventually reached a compromise. (RELATED: Manchin Reaffirms Opposition To Abolishing The Filibuster) 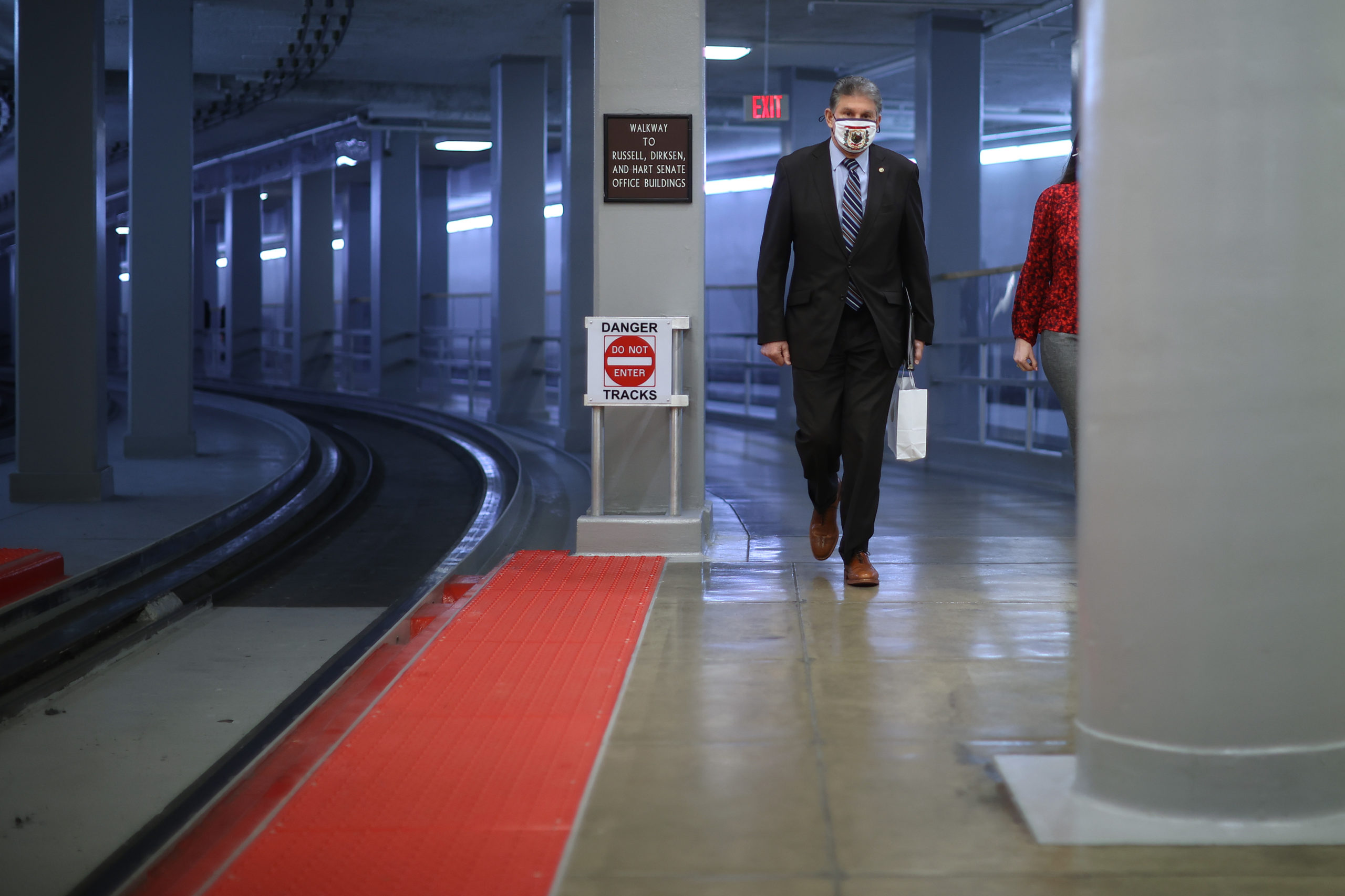 Manchin, a former governor and the chair of the Senate’s Energy and Natural Resources Committee, said that he would push for increasing corporate taxes from 21% to 25% and repealing “a lot of” the Trump tax cuts for wealthy Americans in order to pay for the next package. He also said that he would use his chairmanship to hold climate change hearings and force Republicans to confront the reality of the issue.

He added that he would support an infrastructure and climate package worth up to $4 trillion, assuming that it was completely paid for by tax increases.

The U.S. could enter “a tremendous deep recession that could lead into a depression if we’re not careful,” Manchin said regarding the over $28 trillion national debt. “We’re just setting ourselves up.” (RELATED: CBO Predicts Record Deficits Over The Next Decade)

Despite the Senate gridlock, Manchin insisted that an expansive infrastructure and climate package could get 60 Senate votes. “I sure do,” he responded, when asked by Axios.