Protesters threw rocks at security forces after they deployed tear gas and fired live munitions into the crowd, the AP reported. Protesters quickly transported the injured out of the area including one person who sustained a severe head injury and another whose head was covered with a cloth.

“It is utterly abhorrent that security forces are firing live ammunition against peaceful protesters across the country,” U.N. High Commissioner for Human Rights Michelle Bachelet said. “I am also appalled at the documented attacks against emergency medical staff and ambulances attempting to provide care to those who have been injured.” 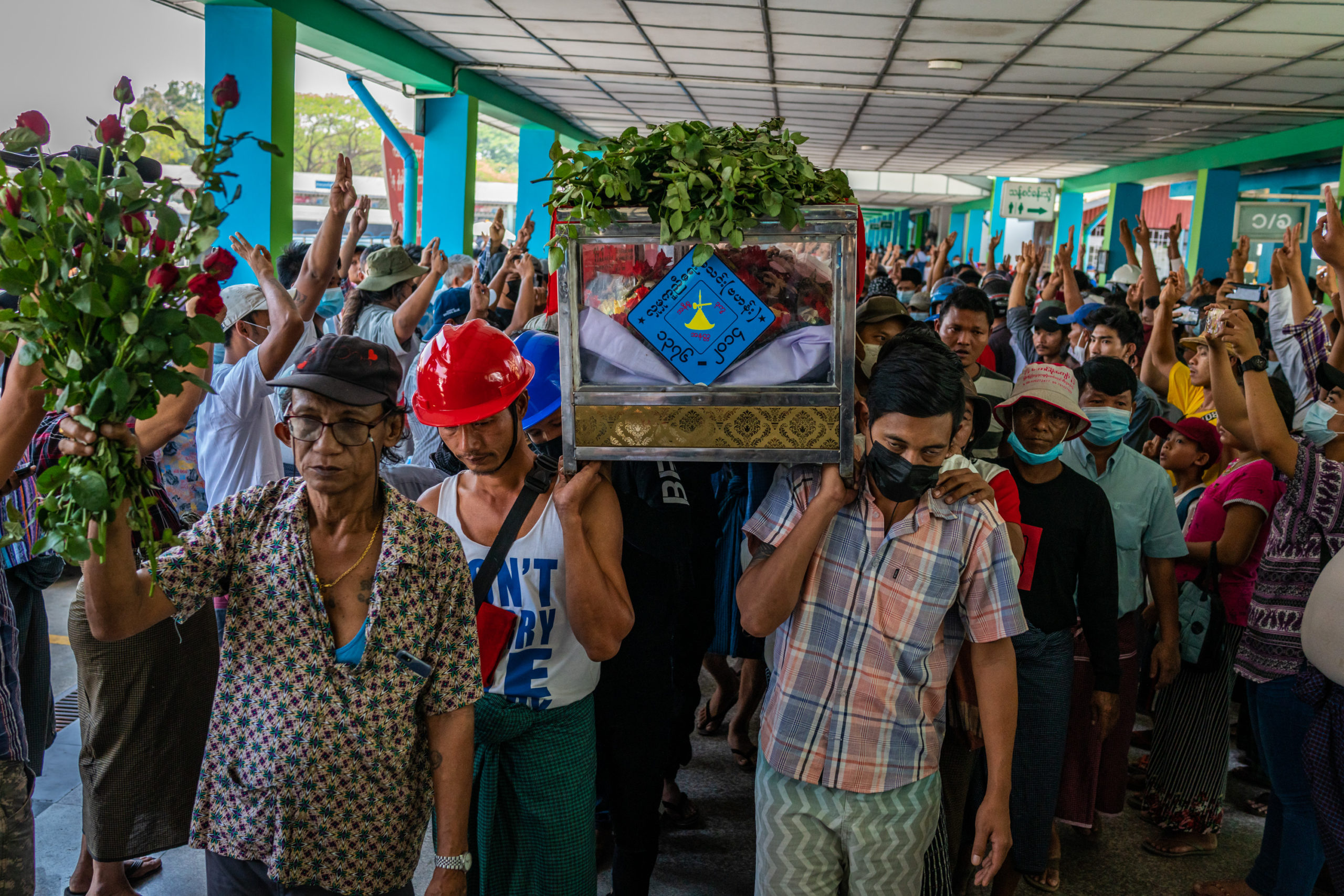 Relatives carry a coffin containing the body of Ko Phoe Chit, 22, during a funeral for protesters who were shot dead in clashes with military and police on March 05, 2021 at the Yay Way cemetery in Yangon, Myanmar. (Photo by Stringer/Getty Images)

Security forces fired tear gas at a crowd of at least 1,000 people in Naypyitaw, Myanmar, according to the AP. Protesters reportedly created a smokescreen by using fire extinguishers to avoid law enforcement as they ran away.

The KNPF are controlled by the Karen National Union, a group fighting for greater autonomy from the central government, the AP reported. (RELATED: Security Forces Kill 38 Protesters As Anti-Coup Demonstrations Continue In Myanmar: Report)

Security forces have increasingly used deadly force against protestors since the Feb. 1 coup, the AP reported.