The Republican National Committee (RNC) has responded to a cease-and-desist letter sent by former President Donald Trump’s attorneys this weekend demanding the organization stop using his name and likeness in fundraising efforts.

The GOP “has every right to refer to public figures as it engages in core, First Amendment-protected political speech, and it will continue to do so in pursuit of these common goals,” RNC chief counsel Justin Riemer wrote Monday in a letter to Trump attorney Alex Cannon, Politico reported.

That letter orders the various GOP campaign arms to “immediately cease-and-desist the unauthorized use of President Donald J. Trump’s name, image and/or likeness in all fundraising, persuasion, and/or issue speech,” according to Politico. 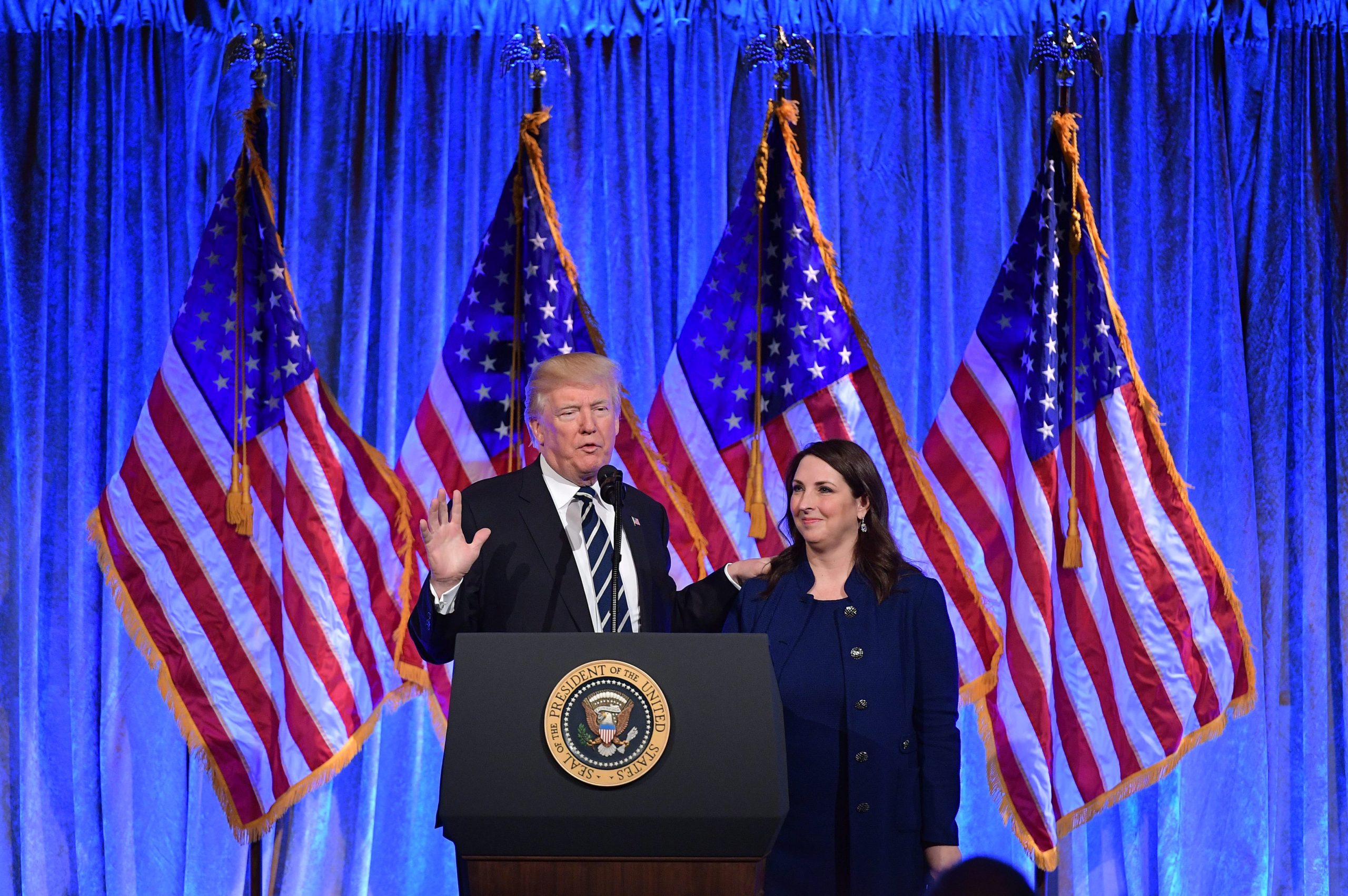 Despite the request, the RNC recently used Trump’s name in fundraising endeavors. A pair of Trump-themed fundraising emails sent over the weekend and on Monday requested donors “defend President Trump’s Legacy,” Politico reported. (RELATED: Donations To Trump’s ‘Recount Account’ Worth Less Than $8,000 Are Going to ‘Save America’ PAC, RNC)

Riemer claims in his letter the 45th president and RNC Chairwoman Ronna McDaniel “enjoy a close relationship, and we understand that President Trump reaffirmed to her over the weekend that he approves of the RNC’s current use of his name in fundraising and other materials, including for our upcoming donor retreat event at Palm Beach at which we look forward to him participating.”

Trump launched the Save America PAC shortly after the November presidential election, raising tens of millions of dollars, as previously reported. Trump can use the committee to bankroll candidates he endorses and future political ambitions.

“There’s only one way to contribute to our efforts to elect ‘America First’ Republican conservatives and, in turn, to make America great again,” Trump told a packed crowd at the annual Conservative Political Action Conference in Orlando, Florida, according to the Star Tribune. “And that’s through Save America PAC and donaldjtrump.com.”