A number of countries across Europe and Asia have suspended use of the novel coronavirus vaccine developed by British pharmaceutical company AstraZeneca and the University of Oxford following reports of blood clots in some vaccinated people.

Denmark’s health authorities announced Thursday that use of the AstraZeneca vaccine would be halted for at least two weeks after a Danish person died this week of vaccine complications related to blood clot problems. Shortly after the announcement, officials in Norway said they would also suspend its use.

Six other European countries have since halted use of the AstraZeneca vaccine: Iceland, Bulgaria, Luxembourg, Estonia, Lithuania and Latvia. Health authorities expressed concerns the development would be a setback for Europe’s already slow vaccine rollout, according to CNBC.

The European Union’s drug regulator, the European Medicines Agency, said Thursday there was no indication the AstraZeneca vaccine caused blood clots. The agency further said it would investigate the matter but believed the vaccine’s benefits “continue to outweigh its risks.” 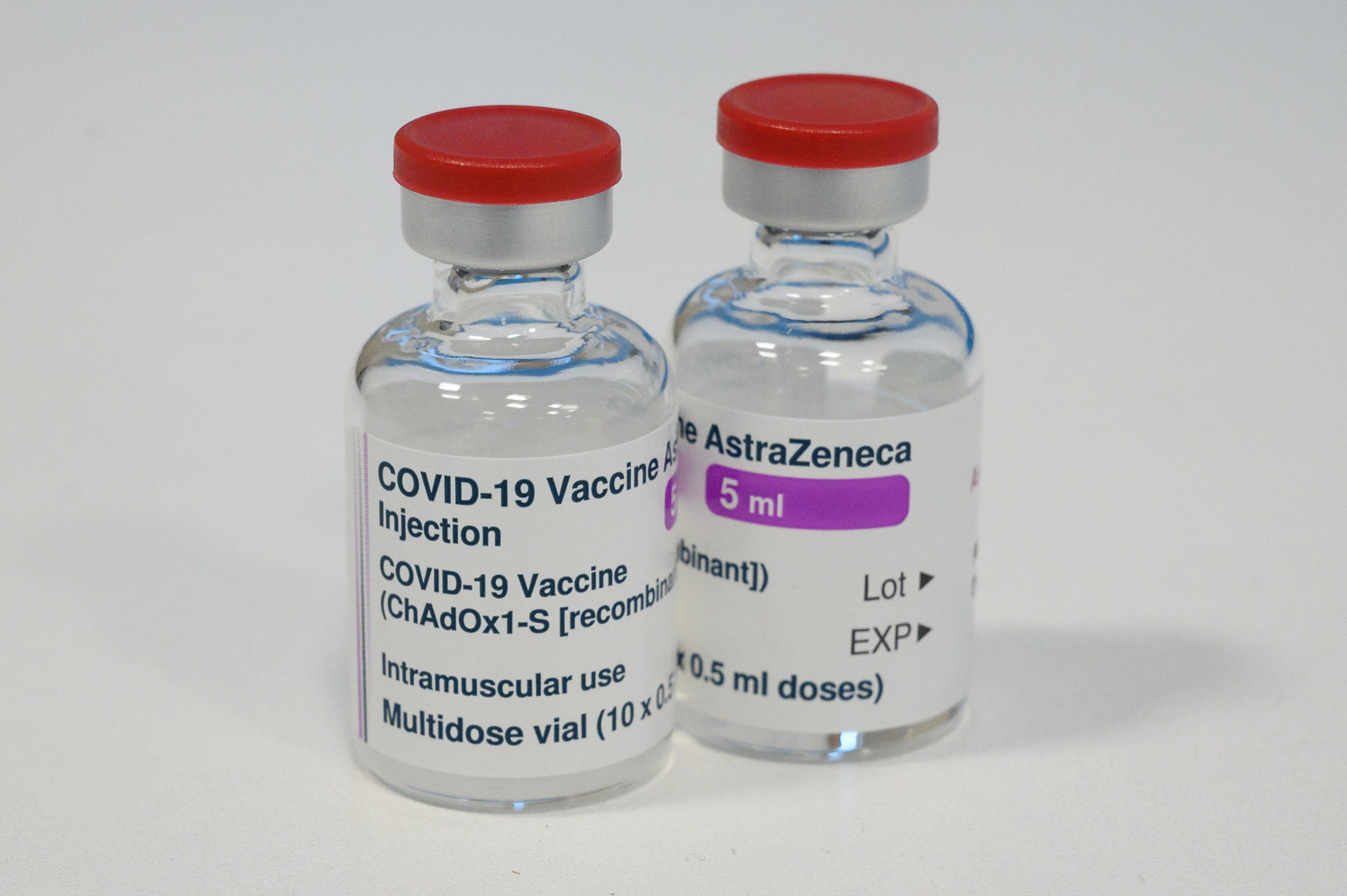 Vials of the AstraZeneca COVID-19 vaccine are seen on January 07, 2021 in London, England (Leon Neal/Getty Images)

Thailand on Friday became the first non-European country to suspend the AstraZeneca vaccine. But Thai health authorities clarified that its recent batch of vaccines were different from those distributed in Europe, and blood clot problems had not been commonly detected in Asia, according to BBC News.

AstraZeneca vaccines are currently approved in around 70 countries, but not in the United States. The company will likely conclude phase 3 trials before applying for Food and Drug Administration (FDA) approval, The New York Times reported. (RELATED: AstraZeneca’s Coronavirus Variant Vaccines Could Take Six Months To Develop, Company Says)

Around 30 million AstraZeneca vaccines, manufactured in the U.S. and ready for use, are currently being stored in an Ohio facility, a health official told The Times.

AstraZeneca had requested the U.S. provide doses to Europe, though Washington reportedly informed its EU counterparts this week they should not expect to receive the vaccines anytime soon, sources familiar with the negotiations told Reuters. Exporting the vaccine before FDA approval could raise potential liability issues.

President Joe Biden indicated during his prime-time coronavirus speech Thursday that the federal government would prioritize vaccines for Americans.

“We’re going to start off and ensure Americans are taken care of first, but we’re then going to try to help the rest of the world,” he said.