Education leaders from the Biden administration will meet March 24 to discuss plans to return students to classrooms after nearly a year of school shutdowns across the country, the Associated Press reported Wednesday.

“The time is now, and schools must act immediately to get students safely back into school buildings,” Education Secretary Miguel Cardona said, according to the AP. The meeting will include education leaders, teachers and students who will share their experiences related to reopening schools.

First Lady Jill Biden will deliver opening remarks at the summit, the Education Department said, according to the AP. Dr. Rochelle Walensky, the director of the Centers for Disease Control and Prevention (CDC) will also speak. 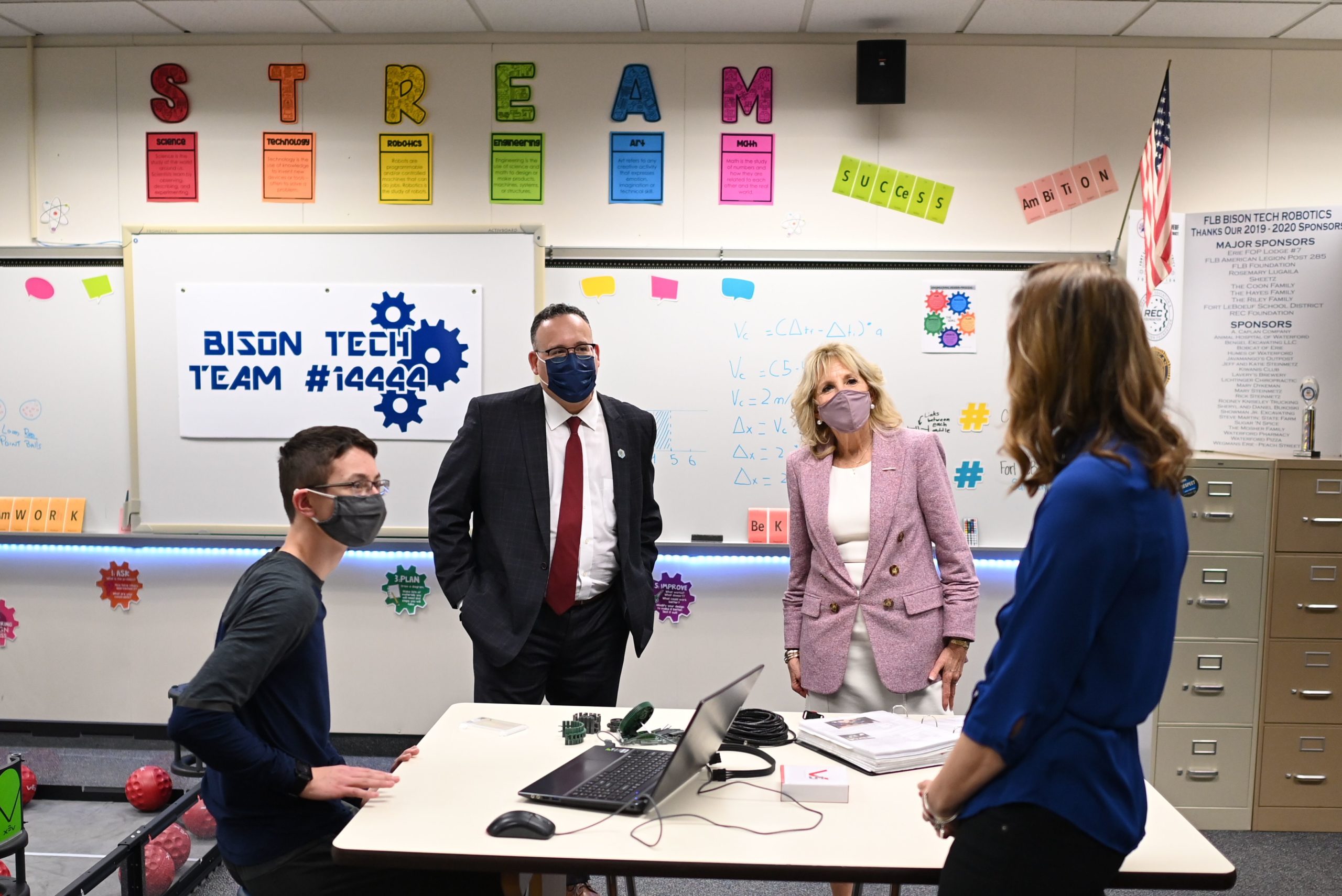 “We are holding this summit with the goal of sharing best practices and connecting leaders, educators and students from across this country who are navigating this challenge together and finding creative solutions to support our students and bring them back to in-person learning,” Cardona added.

Biden has pledged to reopen a majority of schools for kindergarten through eighth grade students within the first 100 days of his administration. An additional $168 billion was expected to go toward K-12 schools and higher education as part of the $1.9 trillion stimulus package the House approved in early March.

Cardona, who the Senate confirmed March 1, was previously Connecticut’s education commissioner and garnered bipartisan support during his confirmation hearing largely due to his efforts in reopening most of Connecticut’s schools, according to The New York Times.

Cardona has been a strong advocate of reopening schools and has argued that virtual learning causes children to fall behind on classwork. He told senators in February that he would “do everything in my power to make sure that our rollout strategy for reopening schools includes communication on how to safely reopen,” according to NYT.

Earlier in February, the CDC issued a guidance recommending a return to in-person instruction, except for communities with very high transmission rates. The CDC also said that teachers do not need to be vaccinated for schools to reopen, a demand many teachers unions have made, but that vaccination should be a mitigation measure when available.

Dr. Anthony Fauci, the nation’s leading infectious disease expert, echoed this view in a February interview with CBS that vaccinating every teacher before reopening schools was a “non-workable situation.” 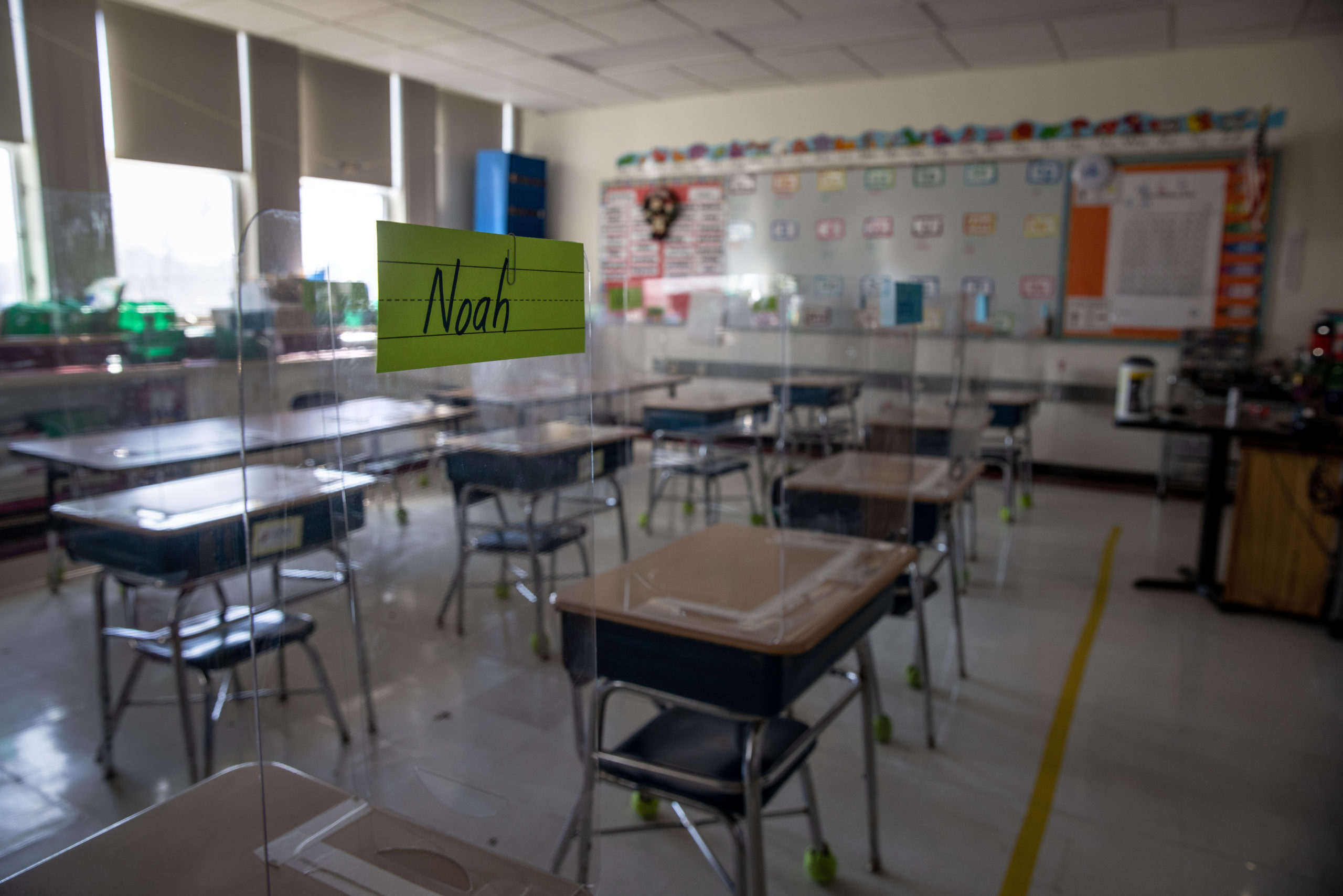 STAMFORD, CONNECTICUT – MARCH 10: Plastic dividers stand on classroom desks, due to pandemic protocols, before the first day of in-person learning for five days per week at Stark Elementary School on March 10, 2021 in Stamford, Connecticut. (Photo by John Moore/Getty Images)

School reopening efforts have garnered significant support from parents of school-aged children. A Gallup survey conducted in February showed 79% of parents with K-12 children supported the return of in-person learning. Working parents were especially eager to send their children back to schools, with 82% reporting they support reopening schools, while 71% of non-working parents said they supported reopening schools, according to Gallup. (RELATED: Survey: 79% Of Parents Want Their Kids’ Schools Open As Reopening Battle Rages On)

Some parents organized demonstrations in districts where teachers unions and school leadership had yet to reopen or reach agreements to reopen in the spring. In early March, Latino mothers and their school-aged children protested and demanded their San Francisco district reopen schools.

A similar school reopening demonstration was scheduled to take place in Los Angeles, where black parents planned to protest after a teachers union president claimed white, wealthy parents were behind the push to reopen schools.