The Senate confirmed Miguel Cardona to serve as the secretary of education Monday.

President Joe Biden nominated Cardona amid a nationwide dilemma facing schools, many of which are in limbo between virtual learning and in-person instruction after the COVID-19 pandemic pushed classrooms into closing last year.

The Senate voted 64-33 to confirm Cardona.

The Senate has voted 64-33 to CONFIRM Dr. Miguel Cardona as President Biden’s Secretary of Education.

Cardona was previously Connecticut’s education commissioner and garnered bipartisan support during his confirmation hearing largely due to his efforts in reopening most of Connecticut’s schools, The New York Times reported. (RELATED: Biden Education Secretary Pick Says Schools Have Responsibility To Let Biological Males In Girls Sports If They Are Trans)

Cardona has been a strong advocate of reopening schools and has argued that virtual learning causes children to fall behind on classwork. He told senators in February that he would “do everything in my power to make sure that our rollout strategy for reopening schools includes communication on how to safely reopen,” according to the Times.

Biden has praised Cardona as the perfect fit to accomplish the task of reopening schools given Cardona’s approach to learning in the fall. “That’s the vision, resolve and initiative, that’s all gonna help us contain this pandemic and reopen our schools safely,” Biden said in December, according to NPR. 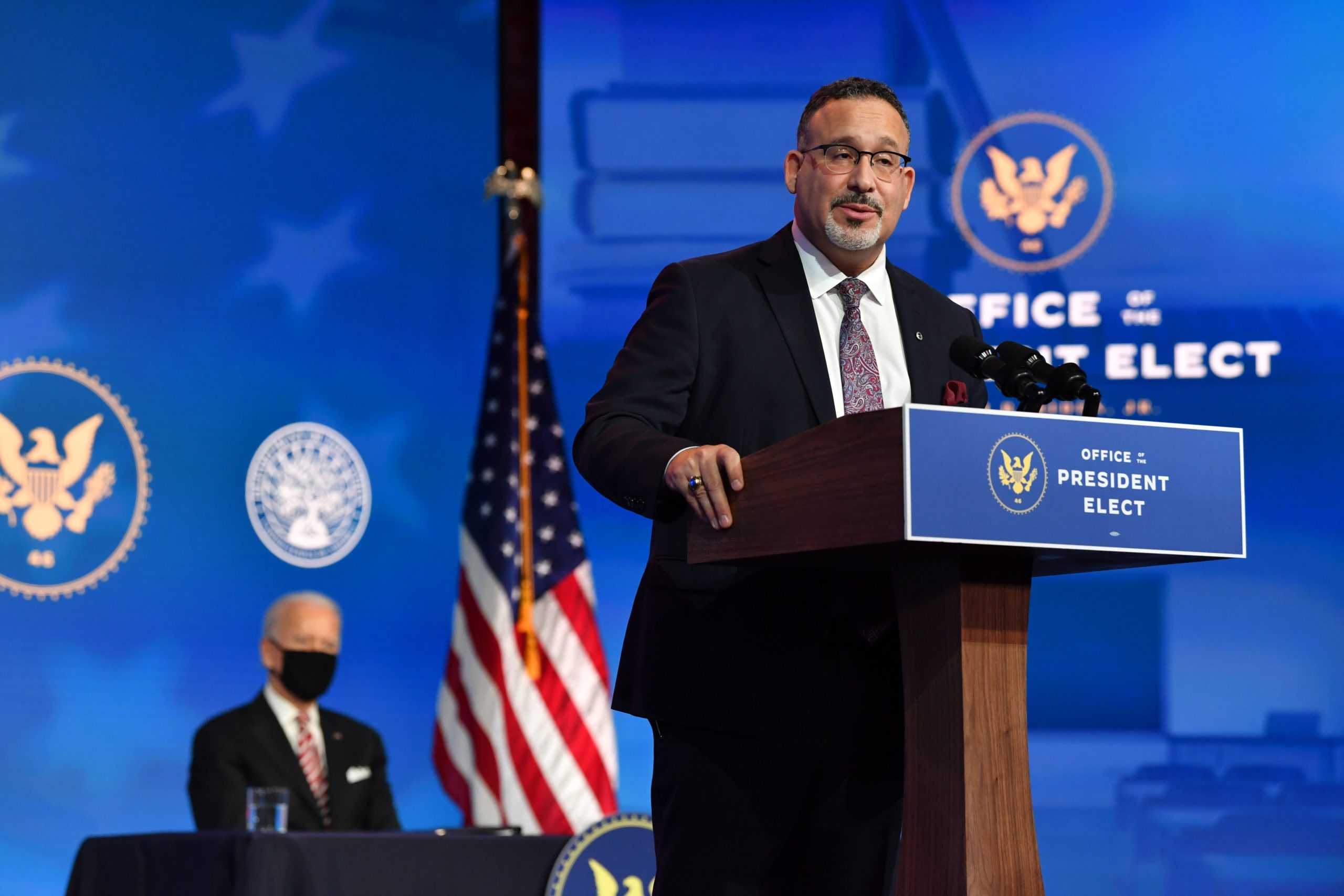 Dr. Miguel Cardona, US President-Elect Joe Biden’s nominee for Education Secretary, speaks during an event announcing his nomination at The Queen in Wilmington, Delaware, on December 23, 2020. (Photo by Nicholas Kamm / AFP) (Photo by NICHOLAS KAMM/AFP via Getty Images)

Cardona is the son of Puerto Rican parents and attended public schools throughout his life. He began his career in education as a public school teacher in Meriden, Connecticut before he served as a school principal, according to his bio. After more than a decade, Cardona transitioned to the school district’s central office to lead the work of performance and evaluation.

He is also a former member of the American Federation of Teachers (AFT), one of the nation’s largest teachers unions.

Biden has pledged to reopen a majority of schools for kindergarten through eighth grade students within the first 100 days of his administration.