Bush delivered remarks in a taped interview shown at the SXSW conference in Austin, Texas, about the Jan. 6 Capitol riot, the 2020 election and the future of American democracy, USA Today reported.

Although out of office and banned from Twitter, Trump appears to have maintained influence over the GOP during the early days of the Biden administration. Trump won the 2021 Conservative Political Action Conference (CPAC) straw poll by a wide margin, earning 55% of the votes while the second-place finisher, Republican Florida Gov. Ron DeSantis, came in at 21%.

A Politico/Morning Consult from February showed Trump as the overwhelming favorite to win the GOP nomination in 2024, and a Quinnipiac poll from mid-February showed that 75% of Republicans want Trump to play a prominent role in the party moving forward.

Trump has been noncommittal about running for president for a third time in 2024, but has repeatedly floated the possibility and has left the door open for launching a bid.

President Trump says he’ll make a decision about running again in 2024 after the midterms:

“Based on every poll, they want me to run again but we’re gonna take a look and we’ll see. First step’s first, we have to take back the House.” pic.twitter.com/ulX40enJzh

Speaking about the Capitol riots, Bush said that he felt “sick to [his] stomach” as he watched the attack unfold. Bush described the rioters as “hostile forces” who, by storming the Capitol, made a direct attack against American democracy. Bush emphasized the importance of the freedom to peacefully protest, but added that the events of Jan. 6 were “not peaceful.” 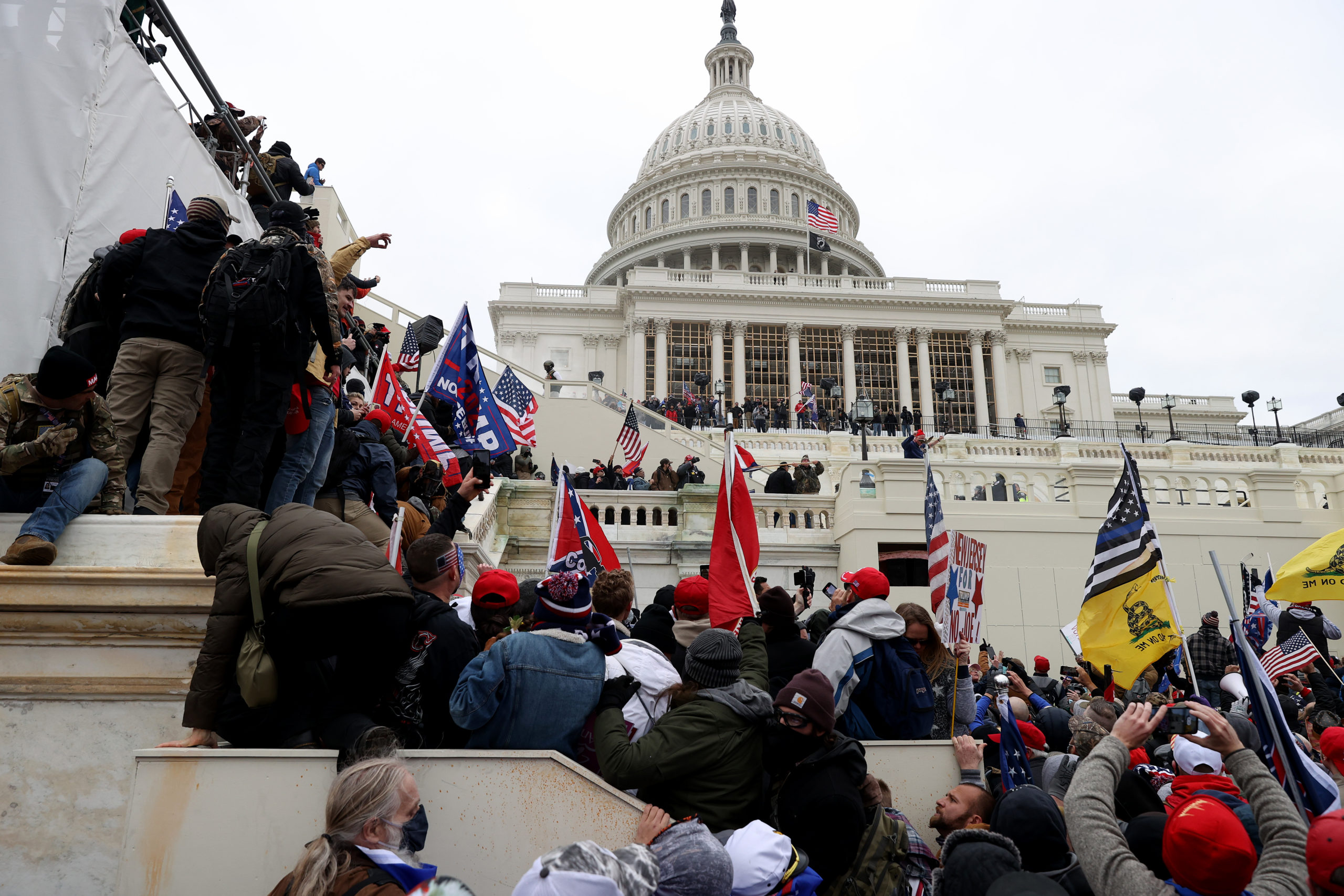 Bush, along with former presidents Carter, Clinton and Obama, decried the riot shortly after it took place.

“This is how election results are disputed in a banana republic — not our democratic republic,” Bush said at the time, according to CNN. He went on to lambast Republican officials whom he viewed as complicit in the riots, saying that he felt “appalled” by their “reckless behavior.”

Over 300 people have been charged in connection with the capitol attack, according to the Department of Justice. Prosecutors have described the investigation into the riots as “the most complex investigation ever” and “one of the largest [investigations] in American history” while adding that they expect to file more charges as the investigation continues. (RELATED: DOJ Expects At Least 100 More Charges Over Capitol Riots)

Bush added that he does not believe that the 2020 election was stolen and that he views Joe Biden as a legitimate president.