Some service members have questioned why the Pentagon did not address violence during racial injustice protests as harshly as it did the U.S. Capitol riot, and higher-ups are allegedly concerned.

During a training session, some military members said violence from widespread protests last summer should be treated equally to violence that occurred during the Capitol riot on Jan. 6th, McClatchy reported.

“This is coming from every echelon that we’re talking to … Some people may think that, ‘all right, so the events of 6 January happened. How come you’re not looking at the situation that was going on in Seattle prior to that?” said Senior Enlisted Advisor to the Chairman of the Joint Chiefs of Staff Ramón Colón-López, according to McClatchy.

Conversations within the training sessions aim “to make sure that military members understand the difference between Seattle and Washington, D.C.,” Colón-López said.

“We cannot confuse a First Amendment grievance because of social injustice organization and some of the criminals that latched on to go ahead and loot, destroy and commit other crimes. There’s two clear, distinct groups right there,” Colón-López said, according to McClatchy. (RELATED: BLM Linked To 91% Of Riots Over 3 Months Study Finds) 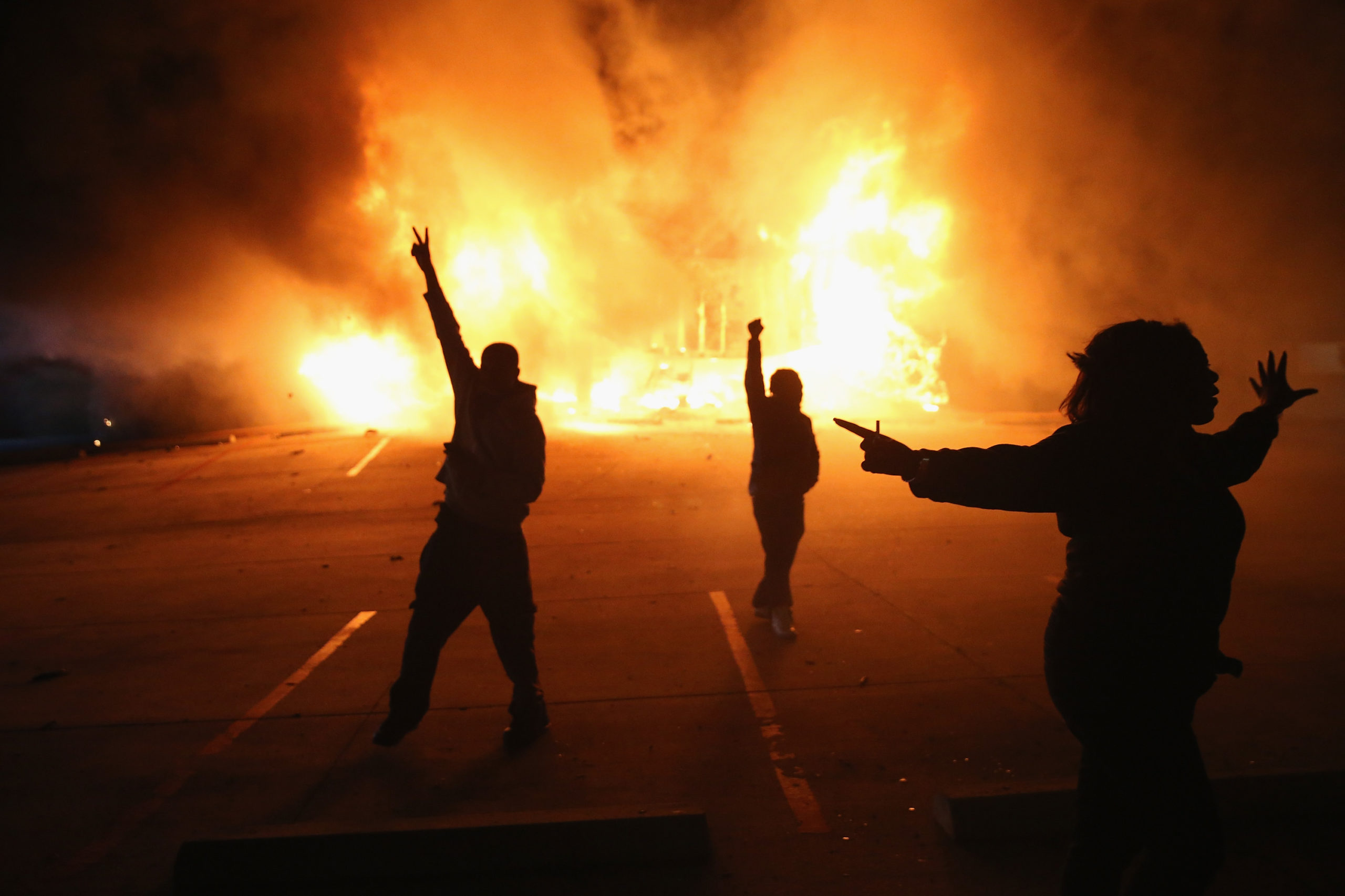 Demonstrators celebrate as a business burns after it was set on fire during rioting following the grand jury announcement in the Michael Brown case on November 24, 2014 in Ferguson, Missouri. (Photo by Scott Olson/Getty Images)

The Pentagon is concerned that portions of U.S. troops hold extremist views and is in talks about a method for soldiers to “confidentially report potential extremist behavior within their units,” according to McClatchy.

Support for Black Lives Matter and protests in general decreased after the violent protests in June.

A March Harvard/Harris poll found that 55% of Americans were more concerned about BLM violence than the Capitol Hill riot.