A top aide to Democratic New York Gov. Andrew Cuomo who is implicated in the state’s nursing home scandal defended herself in a Thursday interview saying, “I’m a human being.”

The Daily Caller News Foundation reported in May that Cuomo had knowingly undercounted nursing home deaths, but the governor did not face major push back on the matter until top Cuomo aid Melissa DeRosa reportedly admitted to New York lawmakers that Cuomo’s administration withheld the number of deaths, fearing federal prosecutors would use the numbers against the state.

Following DeRosa’s comments, major media outlets began to report on the scandal, and at least seven women have come forward with allegations of inappropriate conduct, touching, and assault against the governor.  The speaker of the New York State Assembly authorized the judiciary committee to begin the impeachment probe last week.

The embattled governor is now being investigated by both the state attorney general’s office for allegations of workplace sexual misconduct and by the Department of Justice for his role in knowingly undercounting the deaths of New York nursing home patients.

As secretary to the governor, DeRosa is Cuomo’s highest-ranking aide and has been one of his strongest defenders as he faces calls for his resignation. Like Cuomo, DeRosa is known for aggressive and “expletive-filled” phone calls, and has upheld the governor as a lawmaker intent on protecting women’s rights, Bloomberg reported.

“Media accounts have reduced me to a caricature, but I’m a human being who truly believes in and cares deeply about government and public service,” 38-year-old DeRosa told Bloomberg. (RELATED: ‘Specials’: Cuomo Prioritized COVID-19 Testing For His Own Relatives, Other VIPs During Shortage) 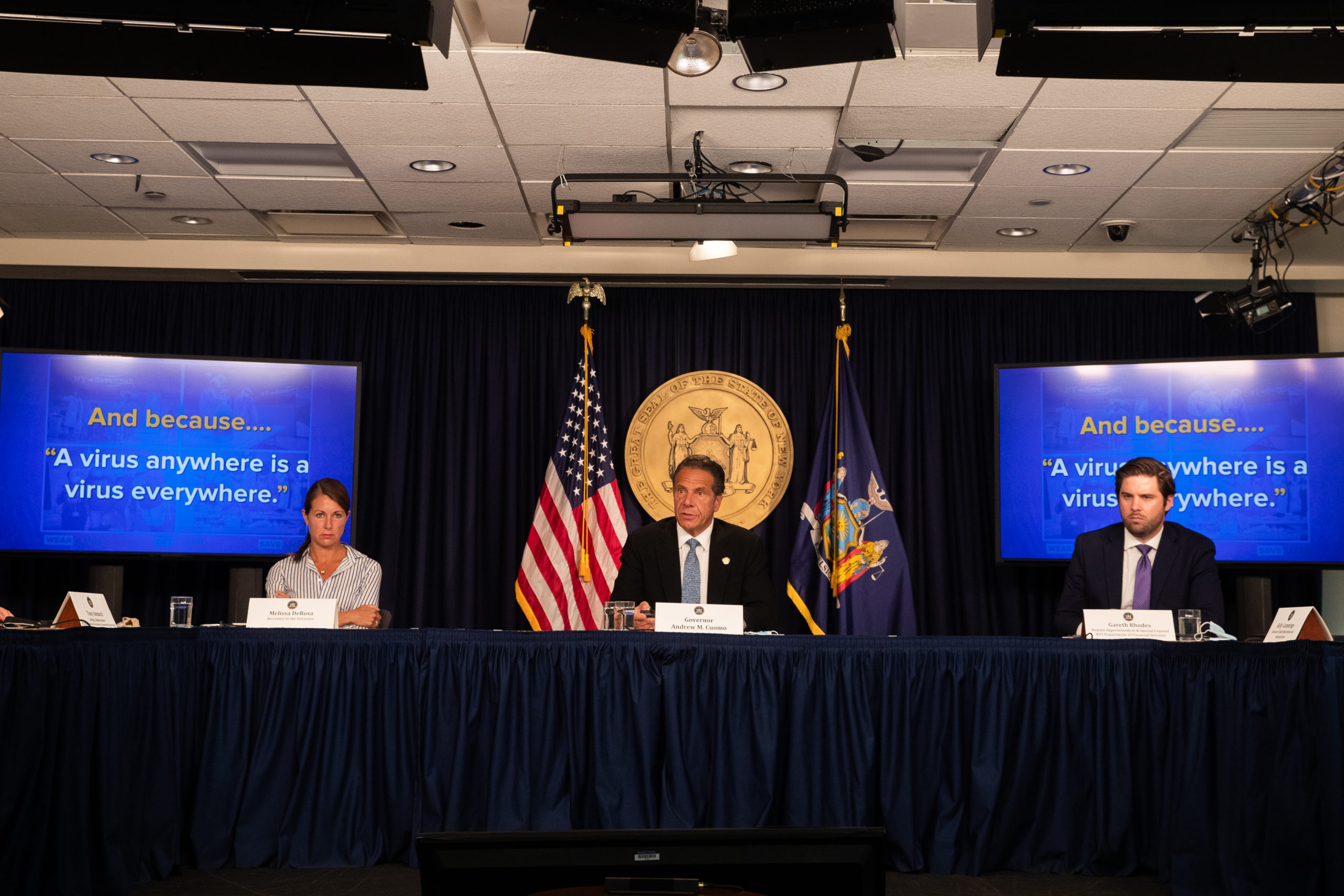 “I’ve worked incredibly hard throughout my career and especially during the pandemic,” she continued. “I didn’t sleep. The last thing I would do in my day is call family members of health-care workers who died and tell them I’m sorry for their pain, and then close the door, lay on the floor and cry. I am not the one-dimensional person that has been portrayed in the press.”

Former Cuomo aides and accusers Charlotte Bennett and Lindsey Boylan mentioned DeRosa in their accounts of the governor’s alleged inappropriate conduct, Bloomberg reported, though she has not been accused of wrongdoing herself. (RELATED: Here’s What Impeachment Looks Like For Cuomo — And Who Would Replace Him)

Cuomo has denied that he touched anyone inappropriately and repeatedly asked for lawmakers and New Yorkers to wait to draw conclusions until the investigations have been completed.

DeRosa previously defended the governor from sexual harassment allegations by saying the Cuomo administration has seen “more women rise to the highest levels,” adding, “I don’t think that this diminishes any of that.”

“I would just ask that everyone refrain from judgment until the attorney general is allowed to do her work,” she added in March.

Cuomo’s office did not immediately respond to a request for comment from the DCNF.