A teacher in the U.K. was suspended after showing students an “inappropriate” cartoon of the Prophet Muhammad and has faced threats as protesters have called for the teacher’s termination, the numerous sources reported Thursday.

The teacher showed students satirical cartoons of the Prophet Muhammad that were featured in the French satire magazine Charlie Hebdo during a lesson on Monday at Batley Grammar School in West Yorkshire, according to Euro News. The teacher was suspended after the lesson, and the school was investigating the incident, which sparked protests outside the school Thursday and Friday. 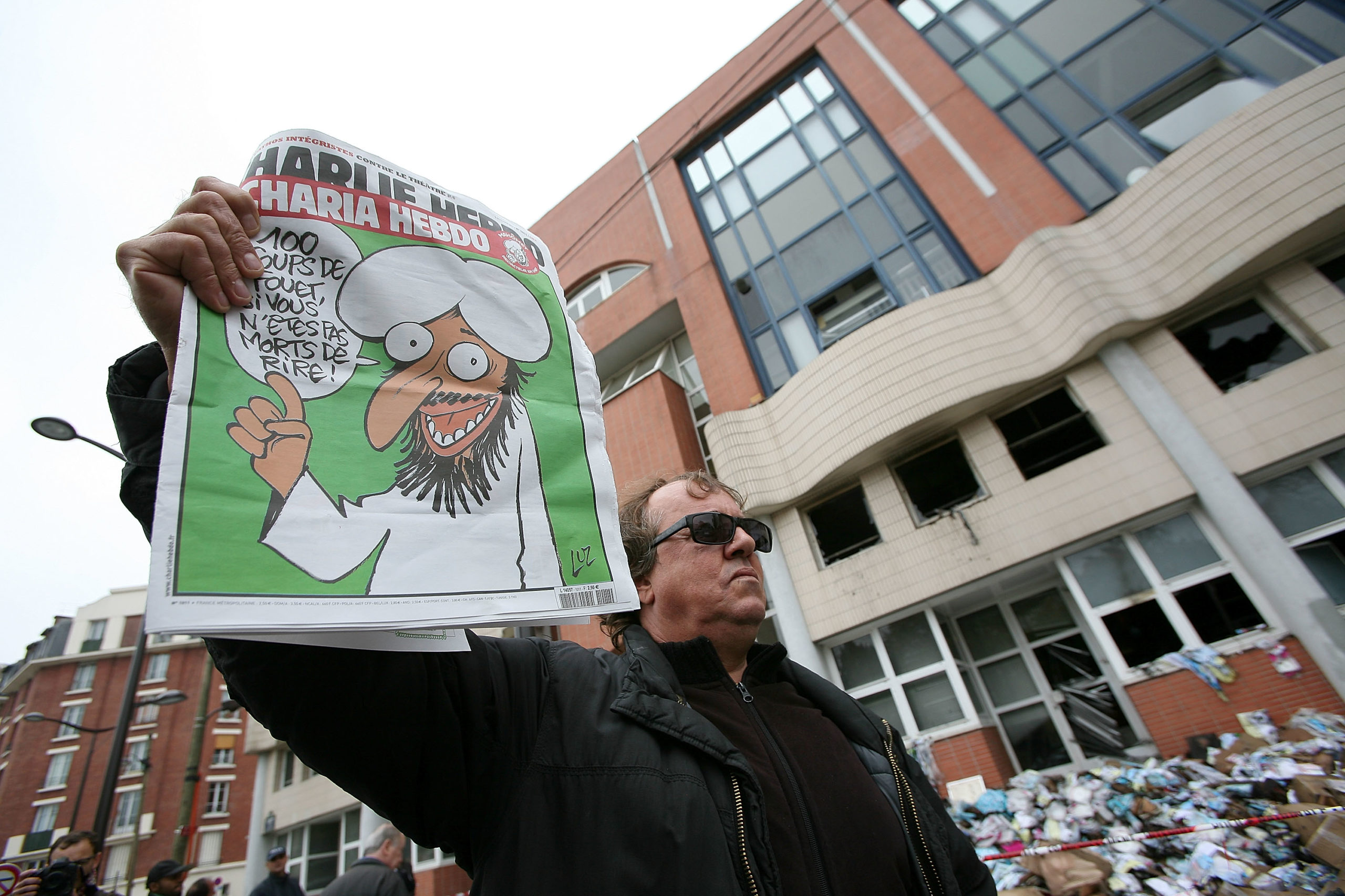 A man shows the French satirical magazine ‘Charlie Hebdo’, featuring a caricature of the Prophet Muhammad on its cover. (Photo by Marc Piasecki/Getty Images)

Protesters demanded the teacher be fired for showing students the cartoon, which is considered insulting in Islam. The school’s head teacher Gary Kibble said the teacher had “given their most sincere apologies,” according to the BBC. Kibble also apologized “unequivocally” to parents for what happened.

One protestor, named Abdullah, told the BBC that up to 100 people joined in the protests, which included students.

“This is a time when we can’t stay quiet, we need to stand up and let them know, the head teacher, the school and the governing body, that this is not something light. There’s a line you can’t cross,” he said, according to the BBC.

“It is never acceptable to threaten or intimidate teachers. We encourage dialogue between parents and schools when issues emerge,” Williamson said Thursday evening, Euro News reported. “However, the nature of protest we have seen, including issuing threats and in violation of coronavirus restrictions are completely unacceptable and must be brought to an end.”

While some were demanding the teacher be terminated from their position, a petition circulated in support of reinstating the teacher and gathered more than 10,000 signatures, according to the BBC. 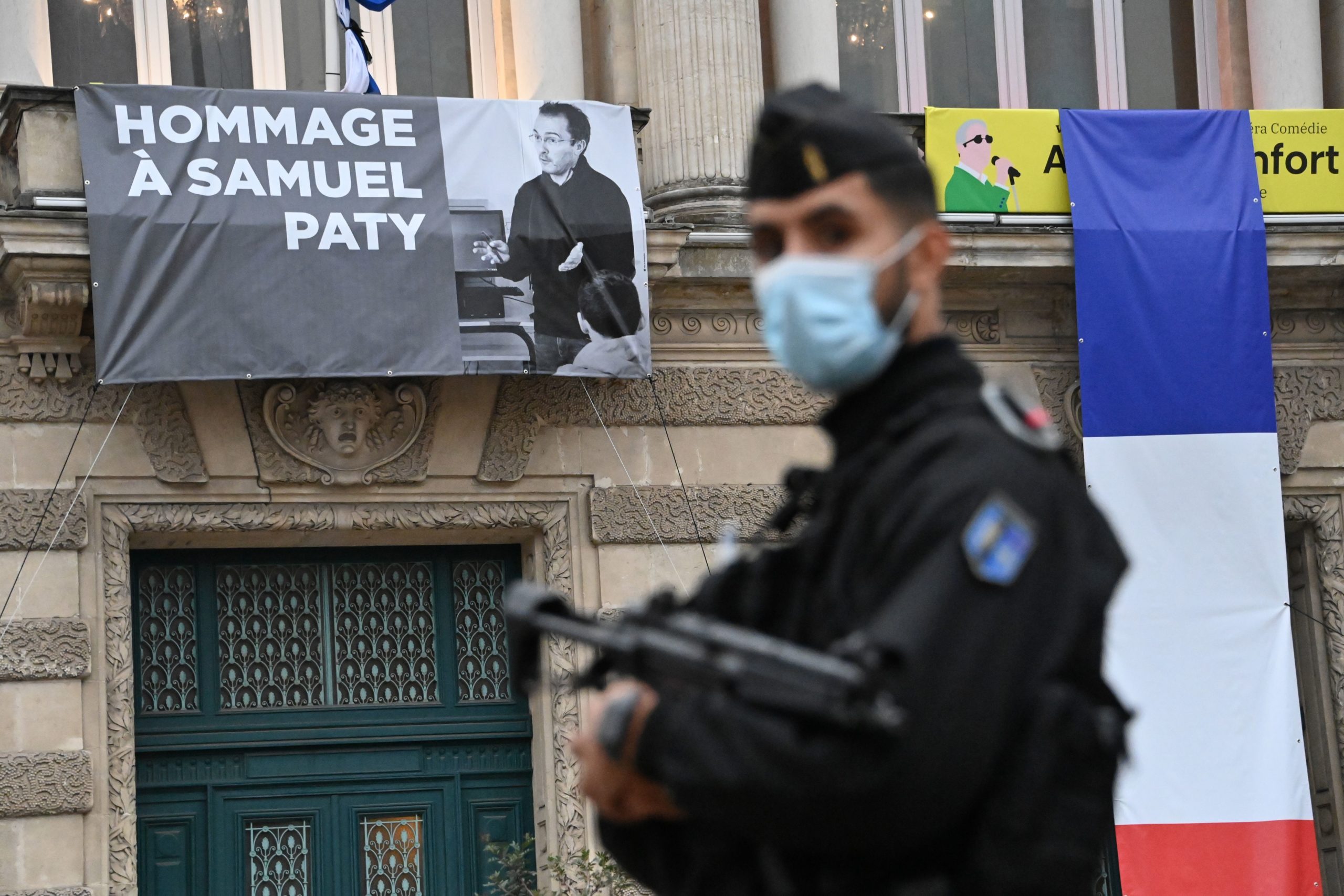 A French police officer stands next to a portrait of French teacher Samuel Paty on display on the facade of the Opera Comedie in Montpellier on October 21, 2020, during a national homage to the teacher who was beheaded for showing cartoons of the Prophet Mohamed in his civics class. (Photo by PASCAL GUYOT/AFP via Getty Images)

In October 2020, a French schoolteacher was decapitated after showing his class caricatures of the Prophet Muhammad from the Charlie Hebdo magazine during a lesson on freedom of speech. (RELATED: Police Charge French Girl With Slander Over Lie That Possibly Led To Schoolteacher Beheading)