The Daily Caller spoke with former New York City Mayor Rudy Giuliani and Jenna Ellis, who were both members of Trump’s legal team and fought to overturn the 2020 presidential election results. Both slammed Pelosi’s efforts to overturn the election where Republican Rep. Mariannette Miller-Meeks defeated Democrat Rita Hart by six votes, in what was the closest congressional election since 1984.

Hart has been pushing Democrats on the House Administration Committee and on the floor to overturn Iowa’s certification of the election and seat her, which has picked up support from Pelosi.

“Pelosi’s actions are, yet another, indication of the Democrat Party’s desire for a one-party America. Further demonstrated by President Joe Biden’s remark that he has ‘no idea if there will be a Republican Party’ in 2024. What else do we need to figure out their agenda?” Giuliani told the Daily Caller. 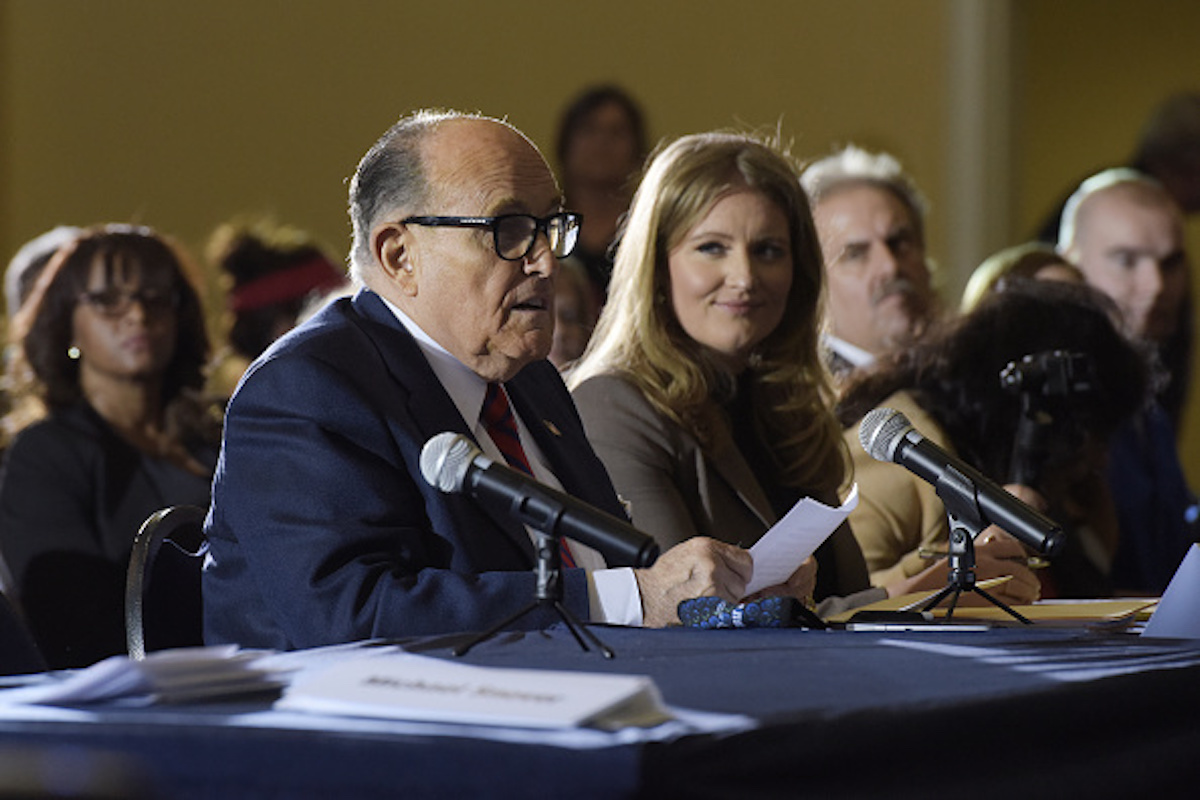 Trump spokesman Jason Miller said in February that “Mayor Giuliani is not currently representing President Trump in any legal matters.”

Ellis, who now hosts “Just The Truth,” a podcast, said that Democrats went after Trump’s legal team for trying to make sure all votes were fairly counted in the 2020 presidential election and criticized Pelosi for trying to overturn election results. (RELATED: Moderate Democrats Push Back Against Pelosi’s Plan As She Vies To Overturn Republicans’ Iowa Win)

“Democrats continue to show their utter disdain for the rule of law, free and fair elections, and the American people. Democrats only care about manipulating outcomes to their advantage. Pelosi pretended it was disenfranchisement for Team Trump to want to ensure that every legal vote was counted accurately and protect election integrity. But now she’ll challenge the outcome of an election on a whim,” Ellis told the Daily Caller.

“Democrats don’t want to make the rules fair for everyone and play by them. They are manipulating and destroying the system to protect their own power,” Ellis added. (RELATED: ‘More Painful For America’: Democratic Rep. Dean Phillips Comes Out Against Pelosi’s Decision To Overturn Iowa Congressional Race)

Pelosi was asked about the election in a March 14 interview, to which she said: “Well, it was six votes. It was six votes and our candidate Rita Hart, the Democratic candidate, asked for this process to begin.”

Miller-Meeks expressed her frustration with the Democrats’ decision to try and overturn the election in an interview with Special Report on Fox News.

The Daily Caller contacted Pelosi’s office about Trump’s former lawyers criticizing the Speaker to which they did not immediately respond.