American companies continue to conduct business operations in China after several Western countries have imposed sanctions against Chinese officials for their role in the genocide and human rights abuses of Uyghurs.

The United States, along with Canada, Britain and European Union, announced a variety of coordinated sanctions against China on March 22 in an effort to hold them accountable for the human rights abuses of Uyghurs, Politico reported.

“The United States reiterates its calls on the PRC [People’s Republic of China] to bring an end to the repression of Uyghurs, who are predominantly Muslim, and members of other ethnic and religious minority groups in Xinjiang, including by releasing all those arbitrarily held in internment camps and detention facilities,” Secretary of State Antony Blinken said.

“These actions demonstrate our ongoing commitment to working multilaterally to advance respect for human rights and shining a light on those in the PRC government and CCP [Chinese Communist Party] responsible for these atrocities.” 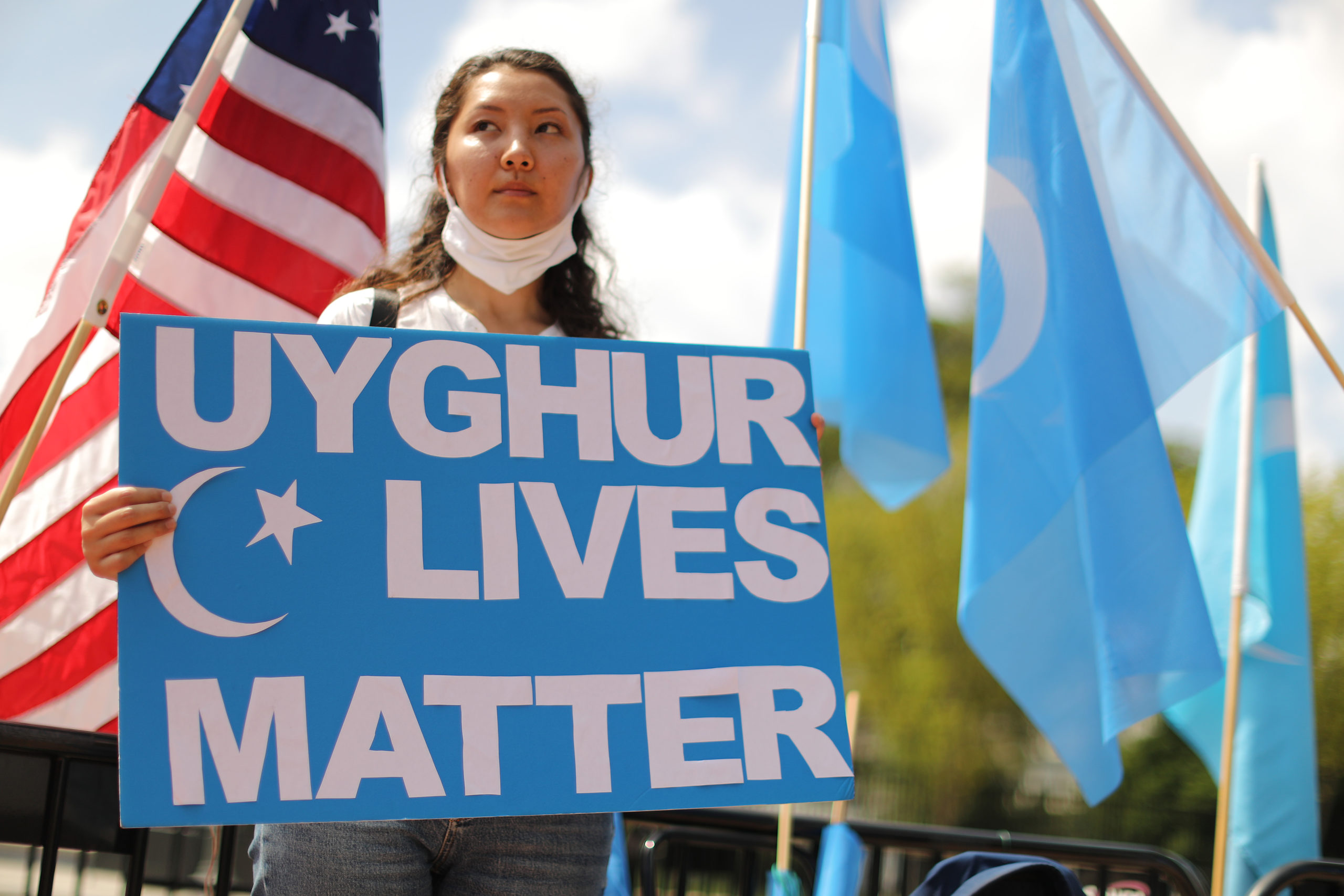 WASHINGTON, DC – AUGUST 14: Supporters and members of the East Turkistan National Awakening Movement rally outside the White House to urge the United States to end trade deals with China and take action to stop the oppression of the Uyghur and other Turkic peoples August 14, 2020 in Washington, DC. (Photo by Chip Somodevilla/Getty Images)

Despite the implementation of sanctions by several Western nations, many U.S. corporations continue their operations in China.

The Daily Caller reached out to several of these companies, particularly those that boast a strong presence in China, to inquire about their business relations in light of the sanctions. Amazon, Tesla, Procter and Gamble, Boeing, Disney, Ford, General Motors and Starbucks all refused to comment despite several attempts by the Daily Caller.

Under Armour pointed the Daily Caller to a company statement from August 2020.

“Under Armour is deeply concerned by credible reports of forced labor and other abuses in, and outside, the Xinjiang Uyghur Autonomous Region (XUAR). As the reported and specific circumstances preclude the effective use of third-party audits to assess whether such abuses are occurring, Under Armour is employing measures to mitigate the risk of such abuses occurring in, or being linked to, our supply chain,” the statement said.

Nike likewise responded by pointing to an industry statement. When pressed further by the Daily Caller to respond in light of recent developments, Nike refused to comment.

While neither Under Armour nor Nike’s statements specifically addressed the new sanctions by Western nations, both companies were among those to have recently drawn the ire of the CCP and Chinese consumers for previously having acknowledged the alleged use of forced labor in the production of cotton from Xinjiang.

Under Armour earned its place on China’s list of foreign brands to boycott after announcing they will not utilize cotton originating from the XUAR in the production of merchandise due to the reports of forced labor. Nike, which addressed concerns in a statement over “reports of forced labor in, and connected to, the Xinjiang Uyghur Autonomous Region (XUAR),” is similarly being boycotted.

This cascade of boycotts of foreign companies in China was catalyzed by a social media post from an account linked to the CCP that went viral on March 24. In the post, a group denounced the Swedish clothing brand, H&M, over a September 2020 statement that resurfaced, which spoke to concerns about reports of forced labor in Xinjiang. (RELATED: Why Do So Few US Companies With Business In China Speak Out About Genocide? Look What’s Happening To H&M)

Prior to the implementation of sanctions, earlier this year several nations including the United States and Canada, among others, declared China’s treatment of Uyghurs as “genocide.”

Previously, the Daily Caller contacted American companies with significant business interests in China about their response to this designation initially made by the Trump administration, and subsequently reaffirmed by President Biden’s administration.