In one of the final acts of the Trump administration, former Secretary of State Mike Pompeo declared Tuesday that China’s policies against Uighur Muslims and other ethnic minorities in the Xinjiang region constitute a genocide.

A State Department press release condemned the Chinese government and its ruling Chinese Communist Party for restrictions on religious freedom, arbitrary detention and use of forced labor and torture. The U.S. is the first country in the world to formally declare China is committing a genocide.

These acts are an affront to the Chinese people and to civilized nations everywhere. The People’s Republic of China and the CCP must be held to account.

Sophia Richardson, the China director of Human Rights Watch, said the move does not trigger any immediate legal repercussions, although an official designation of genocide from the U.S. government is a consequential move.

“Does the use of this particular word set in motion particular administrative or legal processes? Not necessarily,” she told Foreign Policy. “But as a political and diplomatic matter, it certainly escalates the issue.”

The Biden administration is not likely to walk back the designation either. Secretary of State nominee Antony Blinken said he agreed with Pompeo’s assessment during a confirmation hearing Tuesday before the Senate Foreign Relations Committee. (RELATED: Biden Introduces Foreign Policy Team, Says World Is ‘Looking Forward’ To America Leading Again)

“That would be my judgement as well,” Blinken said when asked about the designation.

Secretary of State Nominee @ABlinken says he agrees with Trump’s administration’s determination of “genocide” in China’s repression of Uyghur Muslims in Xinjiang.

“That would be my judgment as well,” Blinken told a Senate panel on Tuesday.

Current estimates indicate China has detained up to 2 million Uighurs and other ethnic minorities in reeducation camps, according to Axios. Uighur activists have called China’s actions in Xinjiang an “assimilation and cultural destruction” campaign.

Some experts argued the last-minute designation could complicate the Biden administration’s efforts on China, according to CNN. Both President Joe Biden and his secretary of state nominee have openly called out China’s human rights violations, suggesting the move could potentially act as leverage. 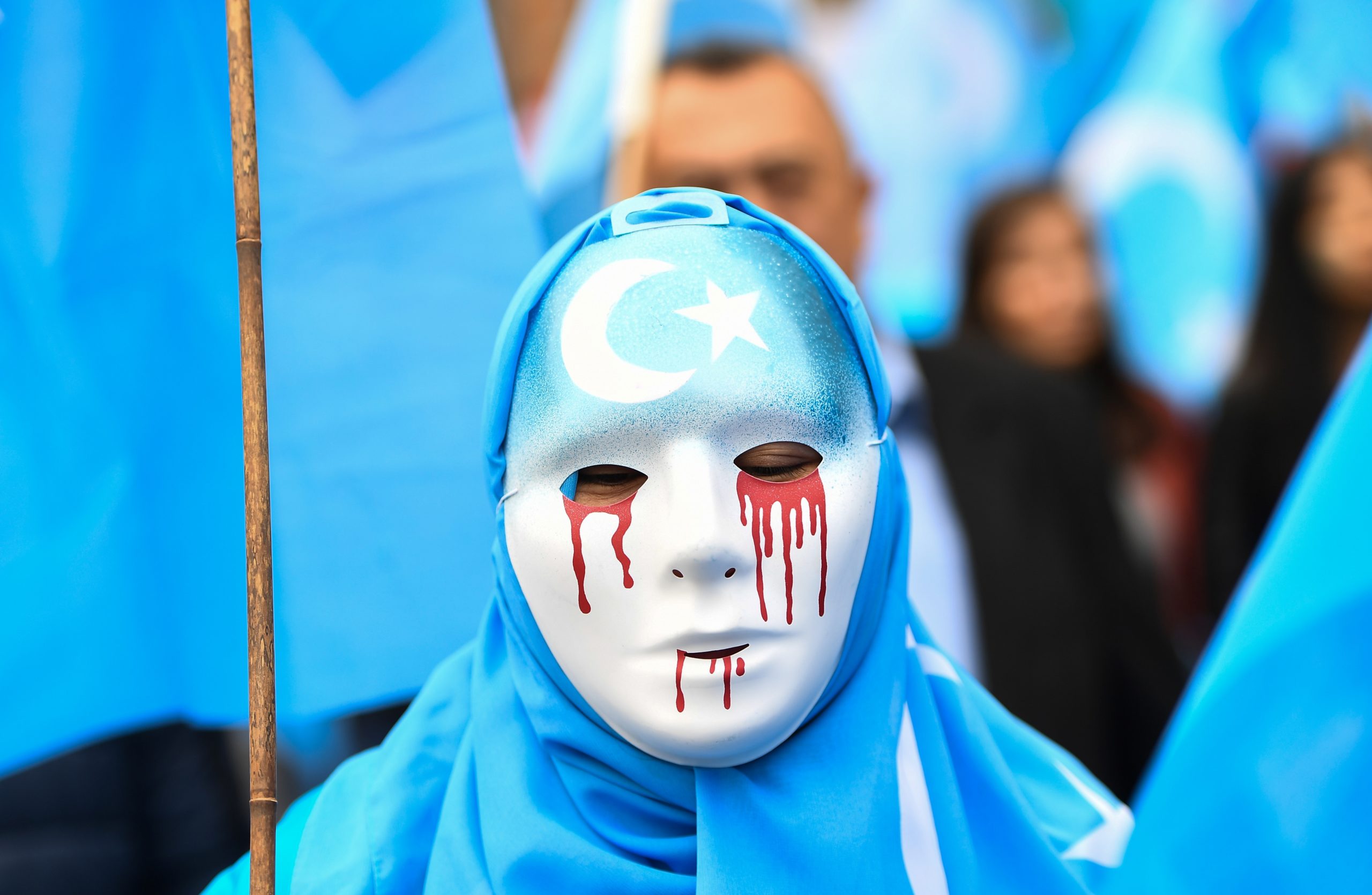 Even without a formal legal structure to back a declaration of genocide, maintaining this stance could lend credibility to the Biden administration if it pursues similar aggressive action against China. Biden could, for example, ask Congress to pursue legislative action making genocide an official consideration in future dealings with China.

A similar proposal narrowly failed in the British parliament earlier this week, the AP reported. The proposal, if passed, would have the made the U.K. the first country in the world to consider genocide cases in domestic proceedings.

Given the president’s desire to play a more active role in international institutions than his predecessor, Biden could also use American influence in organizations like the U.N. to push for global action against China.

The U.S. and 38 other countries issued a joint statement at the U.N. General Assembly in October condemning China for its human rights violations in Xinjiang. An official declaration of genocide by the U.S. could potentially bring more nations on board and build a stronger consensus within the international community.

Biden will almost certainly face pressure from Beijing to rescind the designation. China’s foreign ministry referred to Pompeo as a “doomsday clown” and announced sanctions on the former secretary of state and other Trump administration officials earlier this week.

“China committing genocide & crimes against humanity in #Xinjiang” only exists in #Pompeo‘s ugly political conspiracies. It has never happened and will never happen in our country!

While state-backed media outlets in China appeared to celebrate Biden’s inauguration, the official declaration of genocide may have given the new president a new avenue to hold the communist regime accountable for its human rights violations.