An inmate convicted of murdering two babies is among the transgender prison inmates housed at a California women’s facility.

Hann was transferred to Central California Women’s Facility in February 2020 and is housed on death row, Thornton said. The mother of Hann’s children, 41-year-old Krissy Lynn Werntz, was admitted to the facility in July 2014 where she is housed in the general population serving life with the possibility of parole for second-degree murder. (RELATED: 255 California Prison Inmates Have Requested Transfer To Women’s Prisons Since January)

A judge sentenced Hann after authorities discovered the deceased remains of Hann’s and Werntz’s son Jason and daughter Montana hidden in the couple’s abandoned trailers. The couple was indicted by a grand jury in 2009, and attorneys said that Hann killed the children and that Werntz hid the remains, bringing the remains on their travels throughout the country.

Authorities convicted Hann of Montana’s murder in 2013, sentencing him to death, according to CBS News. Hann was also convicted of second-degree murder for Jason’s death and sentenced to 27 to 30 years in prison, according to the publication. 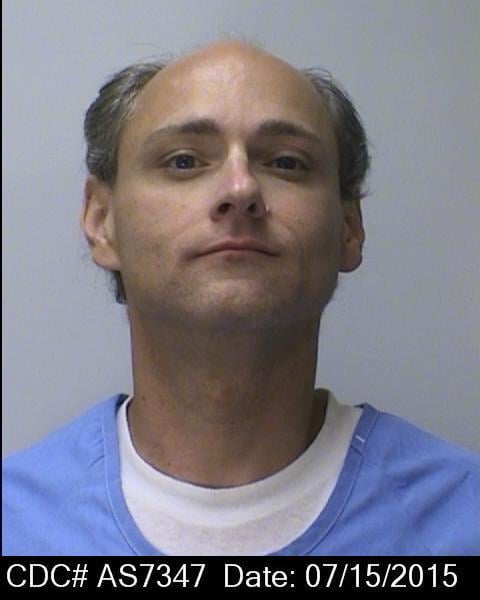 Hann, 2015. Photos courtesy of California Department of Corrections and Rehabilitation.

It is not immediately clear what date Hann underwent the transition, but CDCR communications chief Liz Gransee told KESQ that as of February 2019, “10 patients statewide have been approved for gender-affirming surgery,” and by February 2020, Hann was transferred to the Central California Women’s Facility under the name “Jessica.”

“Senate Bill 310 allows a state prisoner or county jail inmate the right to petition a court to obtain a name or gender change,” Thornton previously told KESQ. “SB 310 requires CDCR to use the new name of the person who obtains a name change and to list the prior name only as an alias. CDCR updated Hann’s records and made notification to the victim on file on Feb. 14.”

Democratic California Gov. Gavin Newsom signed S.B. 132 into law in January, a bill that requires CDCR to ask every individual entering the department’s custody to specify their pronouns, their gender identity, and whether they identify as transgender, nonbinary, or intersex. 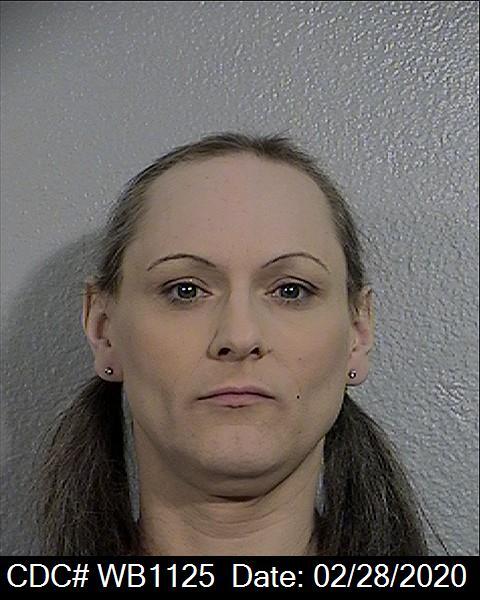 Hann, 2020. Photo courtesy of California Department of Corrections and Rehabilitation.

The law requires that CDCR house the individual in a “correctional facility designated for men or women based on the individual’s preference.” Similar legislation has been passed in Connecticut and Massachusetts. (RELATED: Trans Woman Tears Into ‘Transphobic’ TSA In Viral Video Over Scanner Sensing ‘Anomaly Between My Legs That Sets Off The Alarm’)

Since the bill went into effect in January, 261 inmates have requested “gender based housing” transfers, the CDCR told the DCNF Tuesday. The vast majority of these requests were from inmates requesting to be transferred to female facilities, and only six were from “transgender men and non-binary incarcerated people who are requesting to be housed in a male institution.”

During a 2014 court hearing, Deputy District Attorney Lisa DiMaria said that Werntz chose “a gypsy lifestyle” with Hann rather than caring for her children, according to the Desert Sun. The couple’s first child, Jason, was born in 1999 in Ohio, the publication reported, but reportedly suffered fatal injuries several weeks later.

Werntz did not notify authorities about the baby’s death and hid the baby’s remains, the Desert Sun reported. The second baby, Montana, was born in December 2000, according to the publication. (RELATED: ‘It Destroyed My Body’: Here’s Why This Former Trans Woman Regrets His Gender Transition)

Montana’s leg reportedly “snapped in half like a twig” a month after she was born but Werntz ignored the injury, DiMaria said. This second baby died in February 2001, and Werntz again hid the baby’s remains from authorities and stayed with Hann, even telling authorities that there was no proof that Hann had abused the children.

“The truth is this baby was abused and killed while in the care and custody of the defendant and Hann,” DiMaria said.

“The only way healthy baby Montana died was the defendant contributed to her death — either she co-abused the child, or failed to protect the child,” the attorney continued.

Authorities arrested the couple in 2002 in Portland, Maine, where a third child was discovered — another son named Michael, who had skull, femur, and rib fractures when he was found, according to the Desert Sun.

He was taken to foster care and was later adopted, KESQ reported.

“It was like some twisted, baby-killing Bonnie and Clyde,” DiMaria said, according to the Desert Sun. (RELATED: Former Trans Woman Praises Laws Banning Sex Change Surgeries, Puberty Blockers For Minors)

Werntz received a sentence of 15 years to life in prison, according to KESQ.