More than 172,000 migrants were encountered at the southern border in March, according to Customs and Border Protection.

Officials apprehended nearly 19,000 unaccompanied migrant minors, around 53,600 family units and over 99,000 single adults, according to Customs and Border Protection (CBP). Encounters were up 71% in March from February.

“CBP has experienced an increase in encounters and arrests. This is not new,” CBP Acting Commissioner Troy Miller said in a statement Thursday.

“Encounters have continued to increase since April 2020, and our past experiences have helped us be better prepared for the challenges we face this year,” Miller said. “We are committed to balancing the need to maintain border security, care for those in our custody, and keep the American people and our workforce safe.”

Officials encountered 17,106 migrants in April 2020, according to CBP. The agency encountered over 70,000 migrants every month from October through January 2020 and more than 100,000 migrants alone in February and March 2021.

Encounters have risen since April 2020 as a result of natural disasters, poverty and violence in Mexico and Central America, according to CBP. (RELATED: CBP Repeatedly Fails To Provide Transportation For Migrants Leaving Them And Agents Exposed For Hours) 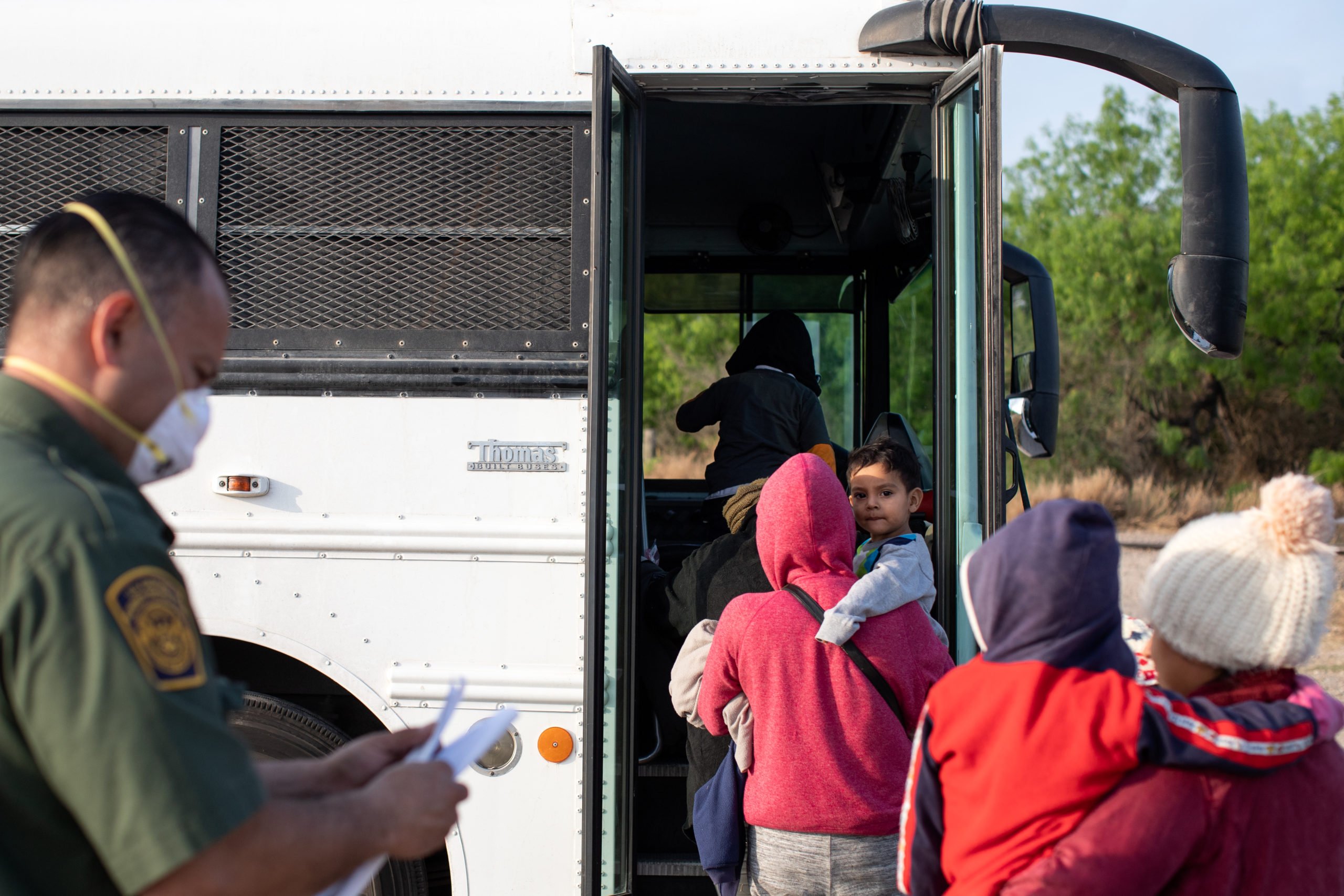 Illegal migrants wait to be transported to Customs and Border Protection facilities after waiting overnight next to a road in La Joya, Texas on March 27, 2021. (Kaylee Greenlee – Daily Caller News Foundation)

Unaccompanied migrant minors are spending an average of 30 days in CBP custody, though 507 minors were transferred to facilities within the Department of Health and Human Services (HHS) in March, according to CBP.

More than 18,000 unaccompanied minors were encountered at the southern border in March, which is a 100% increase from February where officials apprehended at least 9,000 children, according to CBP.

Officials encountered over twice as many unaccompanied minors in March 2021 as they did in March 2019, according to CBP. Officials apprehended more single adults in the first three months of 2021 than in the entirety of 2019 or 2020.

CBP is expelling most single adults under the Title 42 public health order that was implemented in response to the COVID-19 pandemic, according to the agency. Nearly 104,000 individuals were expelled under the order in March 2021 and 28% of those removed had been expelled previously.

Officials encountered 49 groups of 100 or more migrants in Fiscal Year 2021, with most of the apprehensions occurring in the Rio Grande Valley Sector of Texas, according to CBP.