The Chinese government has launched a hotline for internet users to report online comments that “deny the excellence of advanced socialist culture,” Reuters reported Sunday.

The country’s cyber regulator encouraged residents to report others who “distort” the Chinese Communist Party’s (CCP) history or who criticize the party’s policies, a statement by a department in the Cyberspace Administration of China (CAC) said, according to Reuters.

The cyber regulator’s statement blamed those with “ulterior motives” for “spreading historical nihilistic misrepresentations online” and “maliciously distorting, denigrating and negating the history of the Party,” according to Reuters.

“We hope that the majority of Internet users will actively play their part in supervising society … and enthusiastically report harmful information,” the statement said, according to Reuters. 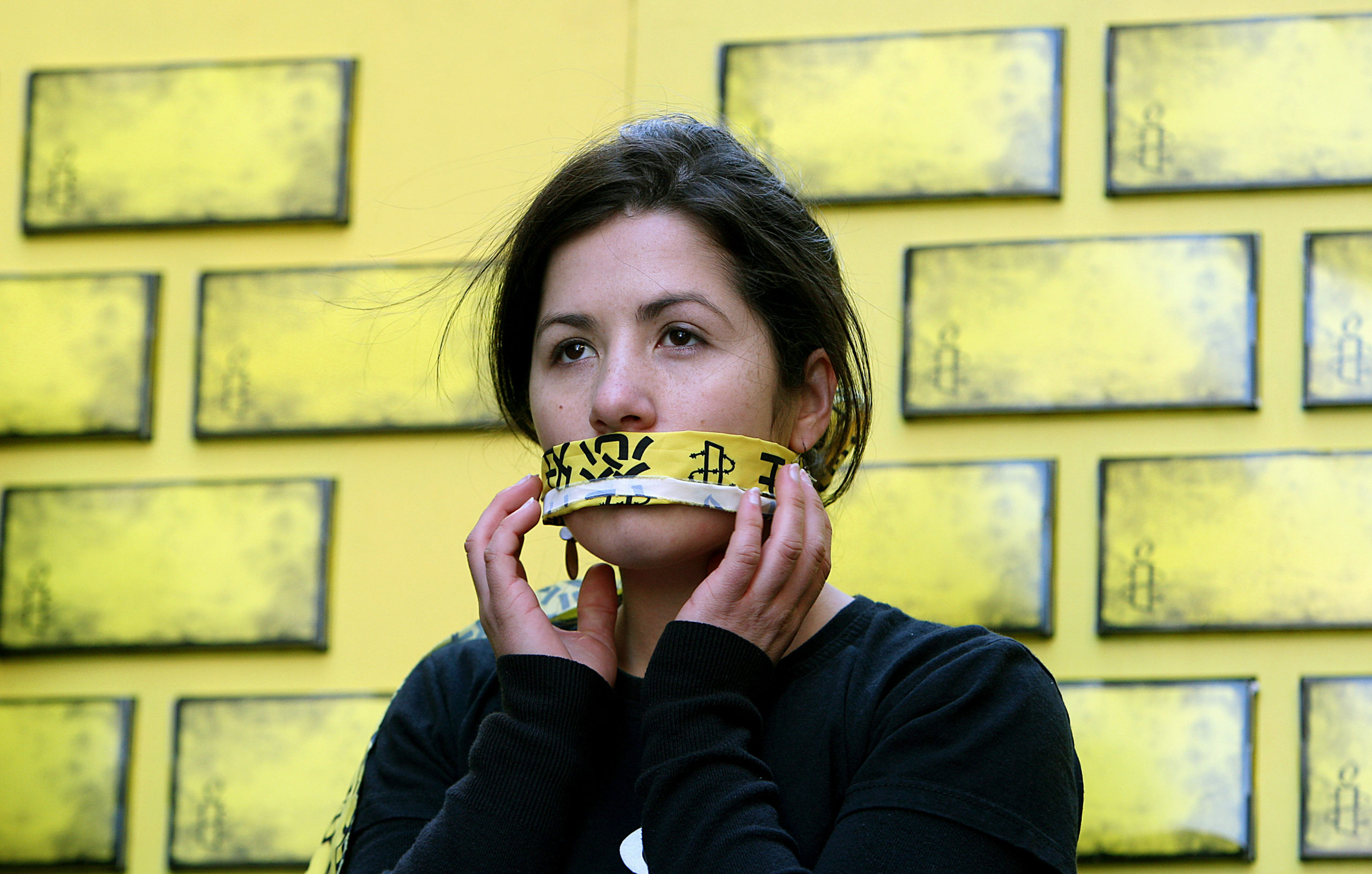 An Amnesty International member covers her mouth during an event in Sydney on July 30, 2008 as part of a campaign to end internet censorship in China. (GREG WOOD/AFP via Getty Images)

“Historical nihilism” is China’s term for public skepticism about the CCP’s version of past events, according to the South China Morning Post. The CCP monitors pubic discourse for potential instances of “historical nihilism,” which includes any type of criticism of the CCP’s legacy, its past leaders or its current leadership.

CAC’s statement did not specify what kind of punishments would follow in instances where internet users defy the rules, Reuters reported. However, people who have broken the regulator’s rules on online speech have been imprisoned. In February, at least seven people were threatened, detained or arrested for doubting the government’s view of what happened in a clash between Chinese soldiers and Indian troops in 2020, according to The New York Times (NYT).

The NYT’s report said that the CCP commonly accuses dissidents or skeptics of “provoking trouble,” which can carry a sentence of up to five years imprisonment.

Legal amendments passed in early 2020 said that those who “insult, slander or infringe upon” the memory of China’s national heroes face up to three years in jail, Reuters reported.

Under current law, social media sites operating in the country could face financial sanctions and suspension if the site does not censor content critical of the CCP.

The crackdown on criticism of the CCP is being implemented ahead of the party’s 100th anniversary in July. China’s internet regulators often tighten their online supervision ahead of major events like historical anniversaries, according to Reuters. The government also punished people who insulted the country during celebrations of the 70th anniversary of the founding of the People’s Republic, a person behind a list of of sentenced dissidents told NYT.

The CCP also punished those who made claims about the COVID-19 pandemic online, among them Dr. Li Wenliang, who was reprimanded in January 2020 for trying to warn others about the coronavirus outbreak, NYT reported. (RELATED: China Sentences Citizen-Journalist For Challenging China’s State COVID-19 Narrative)

One year after the death of Chinese doctor Li Wenliang, others who spoke out about the COVID19 pandemic are still being targeted. China must end the repression of freedom of expression. pic.twitter.com/IRWyG120QE

In the eastern province of Jiangsu, Chinese authorities detained a 19-year-old man after he allegedly made “insulting” comments on the internet about the Japanese Army’s occupation of Nanjing, or Nanking, in 1937, according to Reuters.