President Joe Biden said Monday that the police killing of Daunte Wright “absolutely” does not justify the violent rioting that spilled out of peaceful protests Sunday night.

“Peaceful protest is understandable. And the fact is that we do know that the anger, pain and trauma that exists in Black community in that environment is real, serious, and consequential. But that does not justify violence,” he told the press ahead of an infrastructure meeting with lawmakers at the White House. “We should listen to Daunte’s mom who is calling for peace and calm.” (RELATED: Bodycam Shows Daunte Wright Fleeing Arrest, Officer Shouting ‘Taser! Taser! Taser!’ Before Shooting Him With Service Pistol) 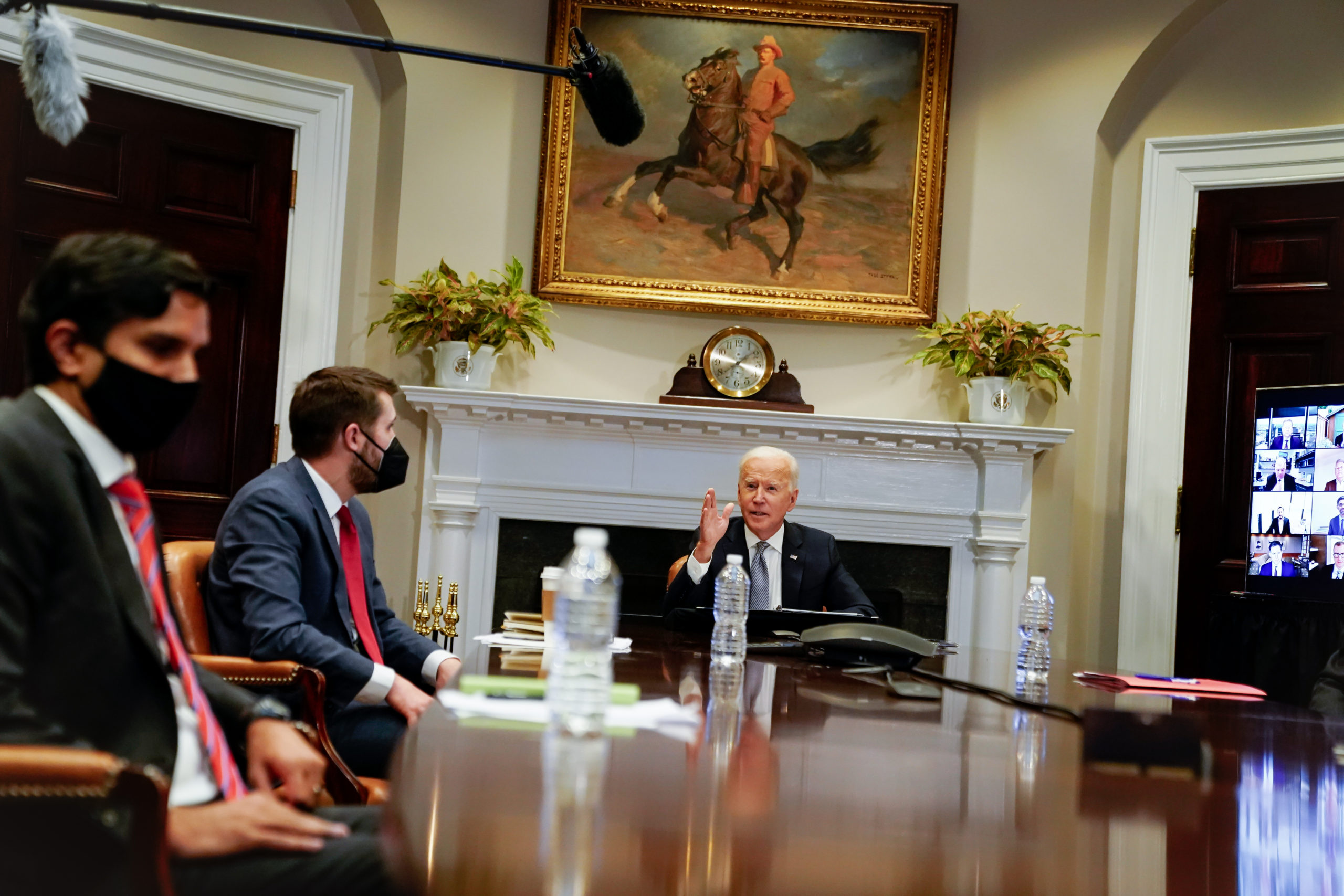 WASHINGTON, DC – APRIL 12: U.S. President Joe Biden (C) speaks during a CEO Summit on Semiconductor and Supply Chain Resilience via video conference with National Economic Council Director Brian Deese (2nd L) and other cabinet members in the Roosevelt Room at the White House on April 12, 2021 in Washington, DC. Biden joined the summit which focused on the global shortage of semiconductors — computer chips that run everything from televisions and mobile phones to cars and games consoles — caused by the ongoing coronavirus pandemic. (Photo by Amr Alfiky-Pool/Getty Images)

The president said he would not comment on potential charges for the officers involved.

“I think we’ve got to wait and see what the investigation shows. The entire investigation,” he explained. “The question is whether it was an accident or intentional. That remains to be determined.”

Biden’s remarks came shortly after authorities in Brooklyn Center, Minnesota held a press conference on Wright’s death, where the chief of police released body camera footage of the shooting, which the president called “fairly graphic.”

Warning: Graphic footage, including the shooting

Here’s the body camera footage of the killing of Daunte Wright that was just released. pic.twitter.com/A2X8qS8ZFH

“All the violence, if it keeps going, it’s only going to be about the violence,” she said in a statement. “We need it to be about why my son got shot for no reason. We need to make sure it’s about him and not about smashing police cars, because that’s not going to bring my son back.”